Ever dreamed of being an astronaut, but had that dream fall short? You’re not alone. According to a recent article in Forbes magazine, “Astronaut” was one of the 10 most popular professions children wanted to go into when they grew up. However, for all but 560 people in the history of manned spaceflight, that dream has fallen short. But with 2019 marking the 50th anniversary of the Apollo 11 launch, why not do the next best thing. Take a vacation among the stars…right here on earth! A number of opportunities exist to explore in person some of the sites and facilities that were essential to the success of the Apollo launches, and to a myriad of NASA missions that still are still running to this day.

The first place to check out is where the launches actually took place, Cape Canaveral, Florida. This historic location has been the primary location of manned NASA missions since 1968, it is a prime location if you want to see vestiges of the “Space Race” in action today. The Kennedy Space Center, which is the name of NASA’s hub in the area, publishes a calendar which includes the launch dates of upcoming missions, as well as other events run through the center. Additionally, Cape Canaveral is located only an hour away from Orlando, and halfway between Miami and Jacksonville on Florida’s Space Coast, and provides an abundance of age appropriate opportunities from Disney World (Space Mountain Anyone?) to fantastic beaches and maritime cuisine. If you plan to stay for a few days, there are a multitude of options for accommodation within the area, from hotel rooms all the way to furnished apartments.

The second spot to check out might be the Johnson Space Center in Houston, Texas. This locale is where the famed “Mission Control” is located, and where astronauts receive the bulk of their rigorous training. The Center welcomes many tourists each year, with some of the highlights of the experience being the opportunity to view the Apollo Control Room, see an actual Saturn V rocket at Rocket Park, and if you’re lucky, see some of the astronauts preparing for space walks in the facilities training pool.

The third spot on this list is the Jet Propulsion Lab based in Pasadena California. While potentially not as famous as Johnson or Kennedy, it is just as important. Home to the unmanned and deep space flight programs, missions such as Explorer, Surveyor, Mariner, as well as many of the Mars missions, the “JPL” may have a higher concentration of scientific and engineering talent than anywhere on the planet, due to its partnership with Caltech and affiliation with some of the greatest scientific minds of the past century, including Wernher von Braun and Dana Uleary.

Regardless, if you are passionate about the legacy of Apollo, you should pursue those interests, as it will not only provide one small step towards helping your mental and physical wellbeing,  but one giant step towards  understanding the impact of these missions both within the context of your personal interests and that of society at large. 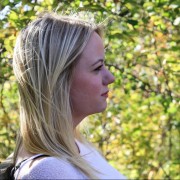