For the last couple weeks I have written two different articles celebrating the 1 year anniversary of AEW Dynamite. I’ve highlighted what I think AEW has done right and the best aspects of the promotion through their first year as well as things I think they could improve on. Speaking for that last article though, it’s too easy to just sit back and critique what you don’t like about something. So, this week I wanted to highlight some of the ideas that I would try to pass on to Tony Khan if I was his right hand man.

My Ideas for AEW

I don’t think I even really need to spell this one out. I can just drop one picture to illustrate how much of a no brainer this one should be. 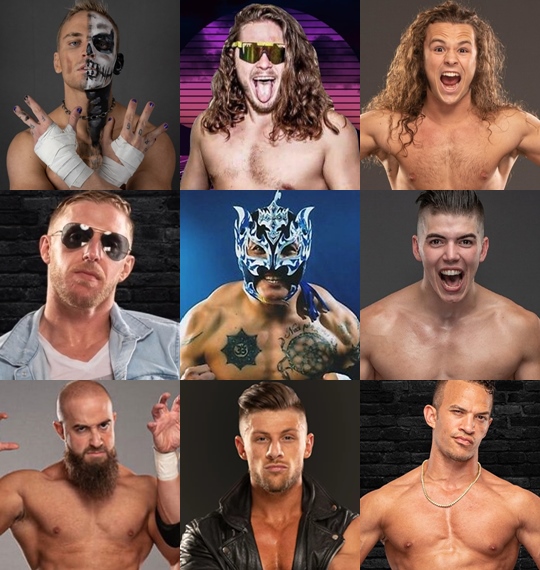 In the previous article I brought up the fact that I thought that one of the negative aspects of the promotion so far was the fact that there was no over arcing direction or guiding light for the company. I believe this could be solved very easily. 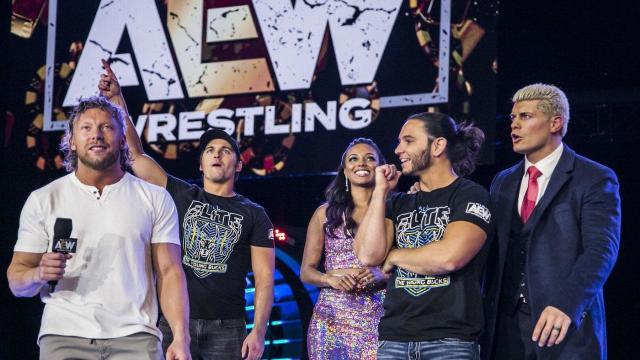 They have even caught a lot of flak from fans online for ‘booking’ themselves in favorable spots regardless of how much that accusation holds true (I do not feel it really does). For this reason, I think they could serve as a great springboard for the insertion of some direction overall for the company.

Some may say the easiest way to insert some direction would be for Tony Khan himself to take on the same sort of role as we have seen with Vince McMahon in WWE or Eric Bischoff in WCW. That would be a terrible mistake.

Instead, I would suggest that a heel would start cutting promos in which they insinuated that the Elite are using their position to influence what kind of matches they get. You could even use the ‘rankings’ that AEW puts out to support this fact.

For example, let us say Cody Rhodes was the #5 ranked singles wrestler but Brian Cage was ranked #3. AEW then books a #1 contender’s match between Cody and whoever is ranked #2. That would set up Cage to shoot a promo (through Tazz in this scenario) claiming that Cody only got that match because his position as Executive VP and go on to complain that there are no checks and balances or any system to stop the Elite from taking advantage of their position within the company.

Through promo’s like this that go on for several weeks we would keep building on the tension and the accusations against the Elite. Finally, Cody, trying to save face would agree to face Brian Cage and have the winner go on to fight in the #1 contender’s match.

We would then have the long built up match between Cage and Cody. Then, we would come up with a controversial ending that leaves the referee not sure what to do or how to rule. On the next dynamite we would have both Cage and Cody (perhaps through Tazz and Arn) making their cases for who should have won. Ultimately though we would be at a stalemate. Tazz would be very adamant that the Elite would use their position to side with Cody. They would both urge Tony Khan that something needs to be done to solve this dilemma.

This would set the stage for us to install a figure that could help add direction to the company overall. This would NOT be an evil heal owner like Mr. McMahon or Bischoff and it also would not be a flavor of the week commissioner. Instead we would see the installation of a Jack Tunney style President that would be the final say on any controversial endings or dilemmas. Jack Tunney served as the figure head president of WWE for almost 11 years. They would NOT appear every week. They would only appear in rare situations where a ruling was needed to be made.

This figurehead would be able to outline rules in a way that we have not seen thus far (especially in the Tag division). They would be able to do things like suspend wrestlers or referees, strip titles, adding stipulations to matches, ban certain moves, reinforce certain rules etc. etc.

Another thing that I pointed out in the previous article was the fact that AEW needed to develop personalities for their PPVs. We all know that WWE has always benefited from the draw/appeal of the Royal Rumble and the Survivor Series.  AEW has even tried to incorporate several different Battle Royals to somewhat mimic the appeal of the WWE’s Royal Rumble.

My suggestion would be to take the Royal Rumble and make it unique to AEW. The main draw of the Royal Rumble is seeing a new wrestler enter every two to three minutes. This allows for surprises, former stars, new debuts, and many other exciting scenarios. This aspect is lost when we see things like the Casino Battle Royals where 5 or 6 wrestlers enter together. The mystery of who is next is essential.

The opportunity for change in my opinion would be HOW people are eliminated. What if you made it so that wrestlers could be eliminated in multiple ways? Let us say some combination of being thrown over the top rope, submitting, being counted out, DQ’s or heck even pinfalls all were ways in which someone could be eliminated.

Do not like that idea to build one of the Pay per views around. How about something simple instead. We have often seen in multiple companies where they have a night or clash of champions where every belt is up for grabs. What if, instead they made a pay per view that consisted solely of matches that would determine the number one contender for EVERY belt?

Survivor Series has always been about the formation of various teams. Without copying that idea, I think creative minds could come up with a way to focus on the multitude of factions that exist in AEW. You have, the Elite, the Inner Circle, the Dark Order, The Nightmare Family, Eddie Kingston’s group etc. etc. etc. Find a way to have factions vs factions all featured in one PPV each year.

I’m sure there are many other ideas that people could put forth, the important part however is building not only the personality of each Pay per view but also beginning traditions that the fans can look forward to each year.

The Smallest and Simplest Idea for the Week:

Ok, so the COVID situation has thrown up many obstacles for AEW given the fact that they were so huge on fan interaction. One thing we had gotten used to seeing was Hangman Page drinking a fan’s beer. This has all been done away with given the fact that we haven’t had much for fans to do this with and the fact that it probably would be frowned upon to see that close contact between a wrestler and the fan and the swapping of saliva.

What if instead you just had an empty beer cup sitting on a seat or table by ringside and then you have Hangman walking towards the ring for a match, he sees the beer and goes and drinks it. Then you have a ‘fan’ nearby coming back to his seat and seeing Page drinking his beer and at first, he can be yelling at whoever is drinking his beer. Then he sees it is Page and he gets excited or holds up a sign like we saw previously where fans asked Page to drink their beers.

That is it for this look back at the first year of AEW. Hopefully, we can spin this off and present new ideas each month for things that I think AEW could implement. Until then you can visit AEW’s official website by clicking here or their twitter page by clicking here