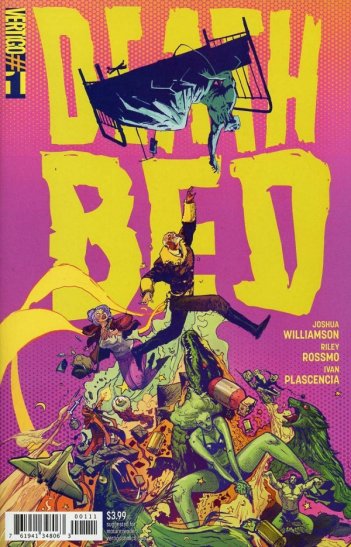 What if the most interesting man in the world wasn’t as interesting as he thought he was? Joshua Williamson and Riley Rossmo’s Deathbed series tells the story of Antonio Luna who may be 90 but has plenty of life left to live. When reporter Valentine Richards attempts to write a story about his life they set off an adventure that makes Luna rethink his entire existence. Rossmo’s stylized art paired with Williamson ability to build character gave us one of DC and Vertigo best series this year. 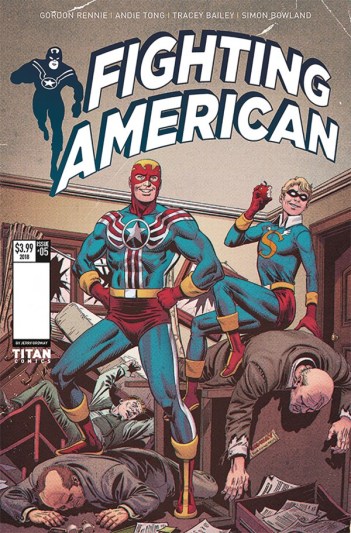 79. Fighting American: The Ties That Bind

Even since Jack Kirby’s 100th birthday there has been renewed interest in much of his past work. Some of his lesser known characters are also seeing a return as seen with the Fighting American. Unlike a lot of revision of Kirby’s work, it isn’t a deconstruction of his style more of a celebration of the way comic book storytelling once was. Taking the earnestness of someone like Fighting America and trying to fuse it with today’s sensibilities leads to a deeply satisfying story. 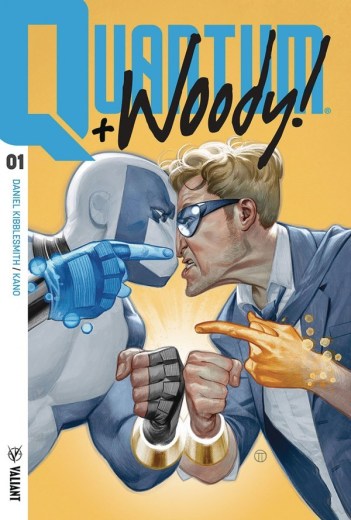 If you were going to ask me my opinion of creators who are on the brink of breaking out this series would have two of them. Daniel Kibblesmith is, of course, a funny guy. You do not become a writer on The Late Show without having some skills. That has made books like Quantum & Woody and Lockjaw the ideal vehicles for his witty banter. Jokes are not the only thing he can write. Every so often just the right amount of heart shows itself as well.
Kano has impressed me with his inventive panel design. Every issue he finds a new way to utilize the themes of the book through a new visual prism to greatly enhance major moments. Skills like that can help him stand out amongst other artists. It’s sad to see this story come to its end. Next issue sees a new creative team come in and my hope is that both Kibblesmith and Kano will go on to do even bigger things.

This is Sarah Andersen’s third collection of comics and illustrated personal essays and her jokes and comics are as witty as ever. Sarah Andersen is a positive voice for this generation as she has this natural ability to tap into our current culture. Commenting on everything from fanboyism to depression to of course cats.  Her work is like a humor comfort blanket that makes you realize you are not alone in your different oddities and insecurities. 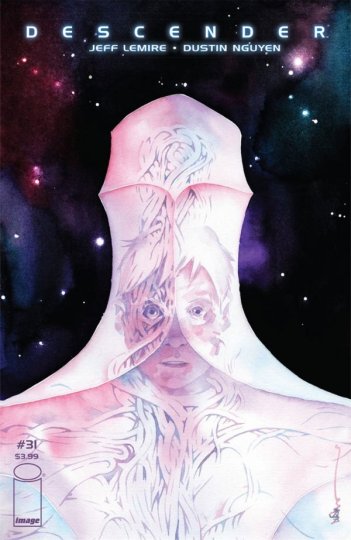 What has made Descender such an effective story throughout its run is how there is no true hero or villain. Sure they are characters you sympathize with and those that are more morally compromised than others but the motivations for every character no matter how small are sound. When this comic finally coming to an end it will no doubt go down as one of the best of this decade. ‘Rise of the Robots’ rapidly expanded the scope but still found time for the more personal story about the boy android Tim-21. Now that its sequel series has been announced there is excitement in knowing this story will keep going. 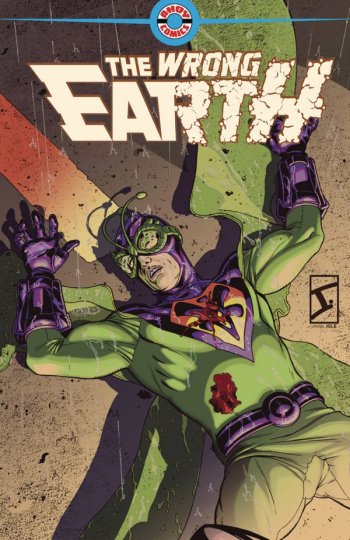 When you are launching a brand new comic book publication the choice of your first comic is essential. For Ahoy Comics they chose to lead with The Wrong Earth that has the concept of what would happen if Adam West Batman and Frank Miller Batman switched worlds but everything else stayed the same. (Of course without actually being able to use any Batman characters) The concept is strong to work on its own accord and so far has been executed in a fantastic manner. If Ahoy comics can maintain this type of quality for all their titles they will be around for quite some time. 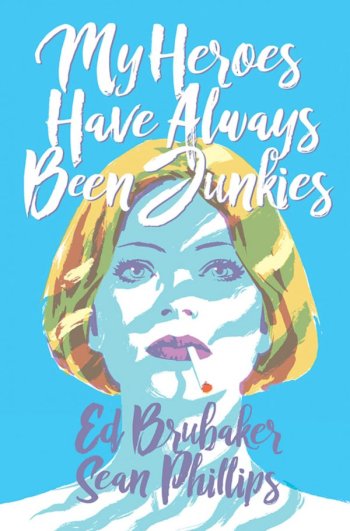 74. My Heroes Have Always Been Junkies

Chances are if Ed Brubaker and Sean Phillips are making a comic it is going to end up on this list. They may be the most reliable creative team in comics today. My Heroes Have Always Been Junkies is less of a straightforward crime story than their more recent work. Brubaker and Phillips take aim at drug culture and what it has brought to the world in both pain and pleasure. It is part romance, part self-destruction, and all great.

I adored this story about a young girl going through that oh so relatable challenge of wanting to find acceptance and belonging. Works well against a backdrop of this attempt to maintain cultural roots in order to continue vital communal traditions. All in the backdrop of a summer camp made entirely up of Russian immigrants. A great all-ages tale about what it means to find true friendship as well as being proud of who you are. 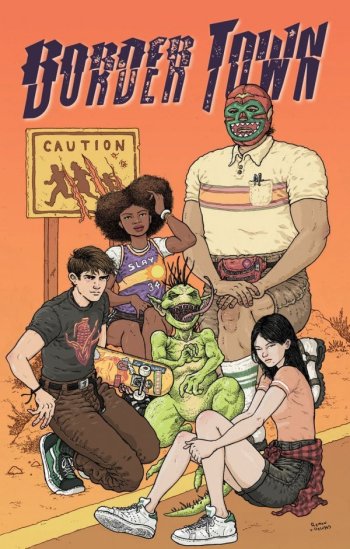 Border Town is a bold in your face story that tackles cultural and social issues of today and makes no apologies for it. Even using its title to announce what exactly it is all about. Although it is over the top it is not without nuance. It can be hard to spot when you have a story so supercharged with crazy monsters and otherworldly beings. Even those who may reject its ideals cannot deny its originality.

Brazen: Rebel Ladies Who Rocked the World is a collection of true stories of woman that achieved amazing feats throughout time with an amazing variety of stories from historic Africa to the Golden Age of Hollywood. They are all told and provide a general understanding of each person without being bogged down in details. When people say one person can change the world it sounds nice but the truth can be hard to buy. Then when you read something like this story the truth in those words appear. 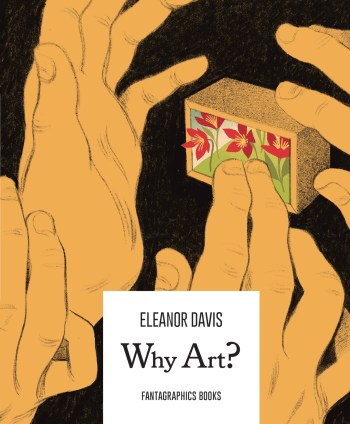 Why Art? is a meta deconstruction of the artistic creation process and the way it is consumed and altered by the perception of the individual. Both clever and thought-provoking it succeeds at making you rethink the way we assign a value to art and superfluous of an exercise that can be. It shows that art is limitless and something goofy or strange does not necessarily hold less value than something serious. Cannot think of a better message to apply to the medium of comics. 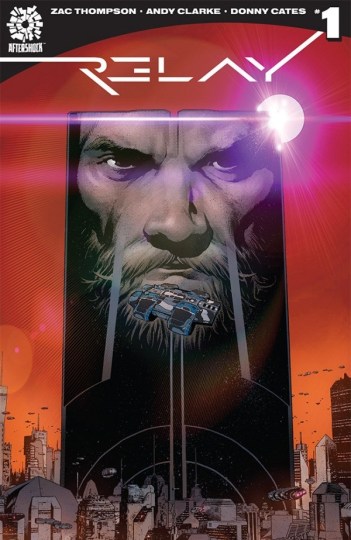 Sometimes a book knows itself very well and looking at the description of Relay that is definitely the case, “Equal parts The Fifth Element and Philip K Dick, Relay is an exploration of monoculture, identity, and the deceptive nature of legend set in a thriving future where humanity forcibly assimilates new worlds.” Comics are filled with a ton of Science Fiction comics most of which focus on things like advanced technology and cool looking spaceships. Zac Thompson and Donny Cates compliment each other well as creators. Cates is great at the big ideas while Thompson excels with the more cerebral details. Relay may be a slower burn for some but if you have the patience it is a rewarding read.

Chlorine Gardens is a book about life raising a child, mental illness, and MS diagnoses. Uses fragmented storytelling to represent a diminishing memory and how we look back at our own life. Reminiscent of Terrance Malick in how loose the structure is to build atmosphere and never considered with telling a straightforward fluid story. Keiler Roberts takes the darkness of her own life and finds ways to elicit humor out of it.

67. The Prince and the Dressmaker

We have seen countless tales about the prince or princess who is forced to get married for reasons outside of love. The Prince and the Dressmaker takes that classic idea and adds some modern day layers to it as Prince Sebastian holds more secrets than just his desire not to marry. He does find kinship with a local dressmaker and their friendship drives much of the story. Personally, the relationship that struck me the most was that of Sebastian and his father. Obviously, there is a conflict that develops but where it ends up was one of the most satisfying story elements that occurred last year. 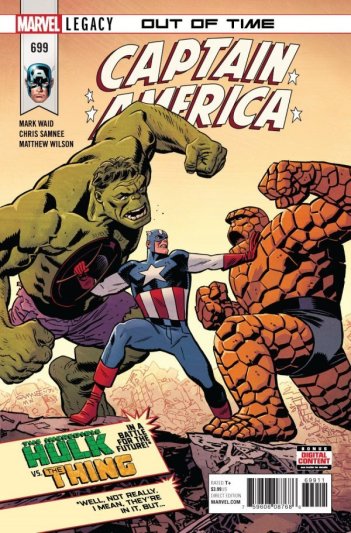 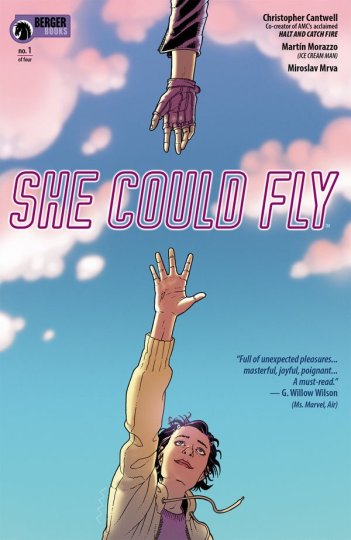 Luna Brewster, a disturbed 15-year-old girl, becomes obsessed with learning everything about a woman who has mysteriously gained the ability to fly. Fausto Vitaliano and Claudio Sciarrone tap into what life is like when you live with a mental illness inside this continuously developing conspiracy mystery. They took a fantastical concept and used it to address real issues with true emotions. 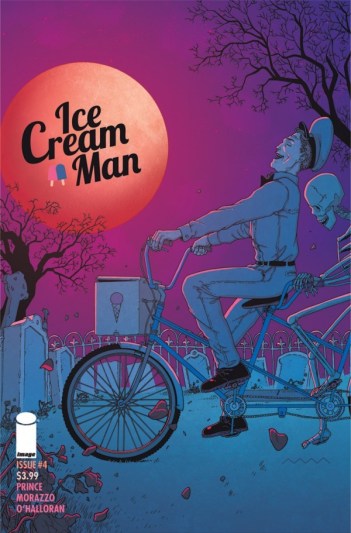 There is something special about opening up a comic and not at all knowing what you are about to read. Ice Cream Man is an episodic horror comic that is reminiscent of classic horror anthologies like Tales From the Crypt with The Ice Cream Man being the mysterious character behind it all. The single issue story is a lost art so when a series is able to deliver one with each installment it should be celebrated. 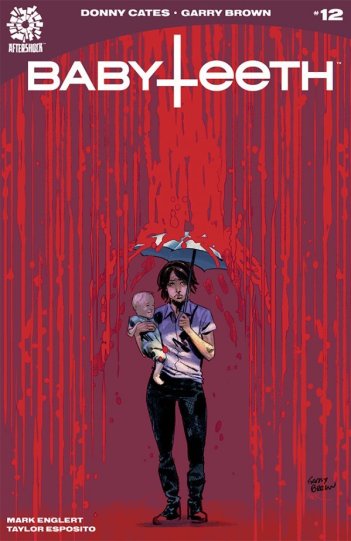 Donny Cates has been exploding in the world of comics these last few years and even with that, this series may not be getting the attention it deserves. That could be due to some dismissing it thinking it is not much more than your typical baby of Satin story. What Cates has been doing is rewriting the rules of how to do this type of story. At the center of it instead of this fear of this child is a mother actually loving her kid despite his potential for evil. 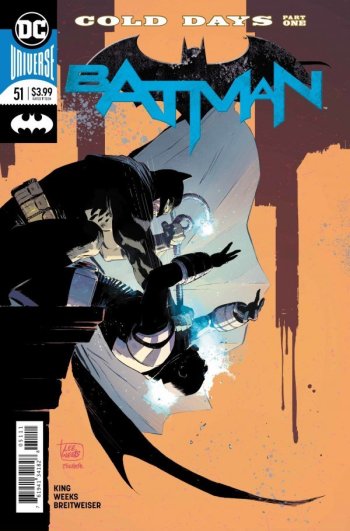 I know Tom King’s run has been polarizing for some comic fans, and that polarization met its apex after the debacle that was the wedding that wasn’t. Personally, Batman and Catwoman not getting married did not bother me as it seemed like the most logical choice based on the storyline King was building. Also led to the best arc of King’s run so far with Cold Days. What I have adored about King’s run is how he has made Bruce Wayne/Batman the centerpiece of the entire thing. Taking him up to the point of normalcy only to snatch it away. Every time there is a  major plot twist my first thought is how will this impact Batman the person. 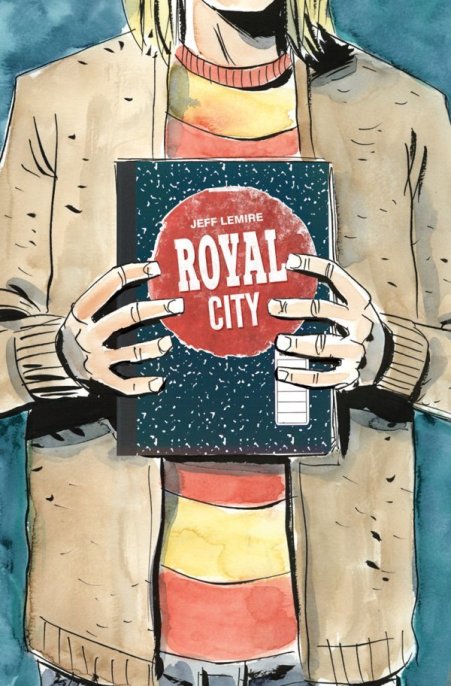 Since it first debuted Royal City has consistently been one of the best series on the shelves. Jeff Lemire is a master at telling human stories full of melancholic emotion and a meditating atmosphere. With Royal City, he added a spice of the supernatural to examine the different ways we work through grief. This series ended quicker than even Lemire expected as he indicated as the story developed the endpoint changed. That did lead to an ending that was more rushed to the previous setup but was still satisfying way to end these character’s stories.

Is It Wrong To Tax Our Fun & Entertainment?