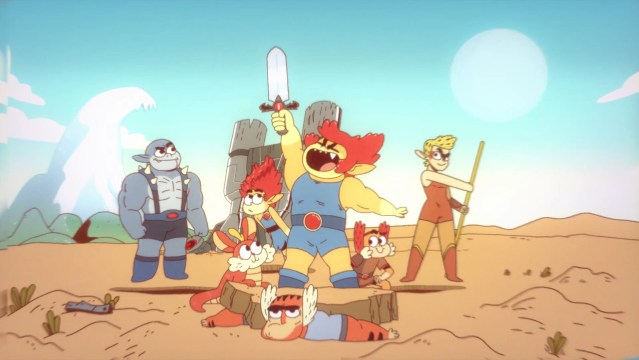 2019 will be bringing us a NEW Thundercats series. From Warner Bros. Animation and Cartoon Network we are getting THUNDERCATS ROAR! This was my initial reaction to the news…

“The new Thundercats… What the…???” Image grabbed from the Entertainment Weekly story. 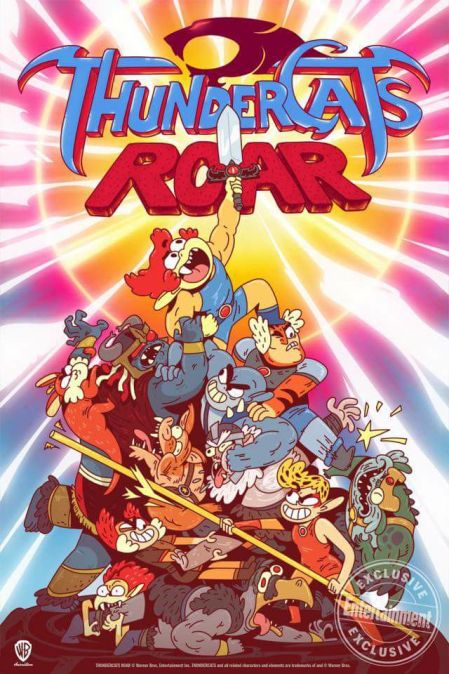 This reaction was purely based on the poster that was revealed. This reaction does in no way mean that I love or hate it, just that I’m confused by it. The art style is in the same vein as Teen Titans Go and Steven Universe. I guess that’s what kids like these days?? I’m not here to say this is gonna “ruin my childhood”, because it’s not. This is not meant for me or those of us that grew up with the original 1985 series. This is meant for today’s kid audiences. 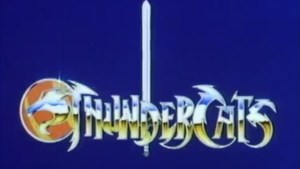 I grew up on the Rankin-Bass ThunderCats series, and while most people today say it doesn’t hold up…I’m here to say that it doesn’t matter. It’s not supposed to hold up to today’s standards of animation. I look at all my favorite 80s cartoons in the time that they were made. Between ThunderCats, He-Man, She-Ra, Voltron, G.I. Joe, Transformers, Jem, and more these 80s toons are meant to be looked at as they were, not as people want them to be now. It’s great when someone comes to a franchise loving where it started, but cartoons these days are geared towards kids. This isn’t the Looney Tunes era anymore. Cartoons like this new ThunderCats isn’t mean for us 30 and 40 year old fans. They are meant for kids to see what today’s young people will want out of animation. 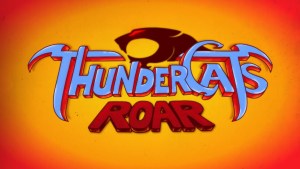 I always have an initial knee jerk reaction to anything NEW coming along, based on a franchise I loved as a kid. However I’d like to think that I’ve matured enough over the years to not just say…. “oh hell no, what have they done? OMG they killed my childhood, I’m gonna hate this ahhhhh, and whatever other negative connotations you wanna add in there. The series isn’t hitting until 2019, so let’s just wait until then to rip it to shreds. I do know veteran voice actor Larry Kenney who originally voiced Lion-O in the 85 series will be returning, but he has not, and will not reveal which character he is playing. He returned to ThunderCats 7 years ago in 2011 when CN brought the series back for the first time. In that he played Lion-O’s father King Claudus.

The 2011 ThunderCats was a dark, serious toned series, and because of CN constantly changing the time slot, plus they toys not being that great… it didn’t succeed at all. I enjoyed 2011’s ThunderCats for what it was. I’ll have more thoughts on it at a later date, when ToonCast Returns!

For now though, even in my confusion on the art style choice, I’m slightly excited to see what these creators do with THUNDERCATS ROAR! See the Behind the Scenes video below, and sound off in the comments as to your initial thoughts!