The Twin Towers of Spider-Man 2002
By: Mike Blanchard 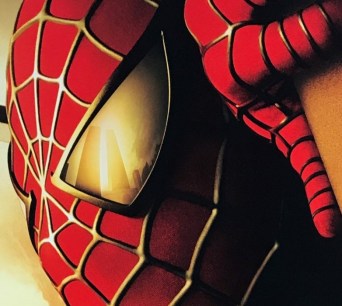 I AM NOT WRITING THIS TO DISRESPECT ANYTHING DEALING WITH THE 9-11 TRAGEDY!

(ORIGINALLY I WANTED THIS TO BE RELEASED WITH OUR STUDIO 2009 SUMMER OF SPIDER-MAN PART 1 PODCAST, but life gets in the way. It’s here now!)

Something was about to happen in 2001, and none of us knew what it was going to be, or how it would effect the entirety of the United States of America, and The World. As of this writing, it was been just under 21 Years since the September 11th attacks happened. I’m writing this, because I feel like the original promotional material for Spider-Man is now one of the ultimate tributes to 9-11. 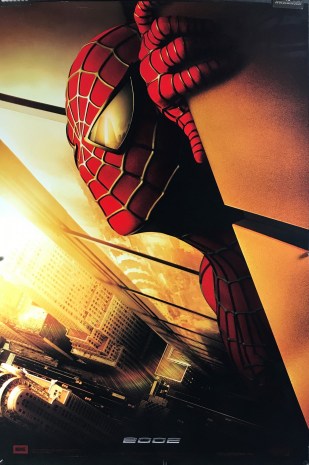 Plus here at The GeekCast Radio Network, we are in the midst of The #SummerofSpiderMan!!! Over on Studio 2009, Steve/Megatron and I are revisiting and discussing all of the live action Spider-Man films! From Maguire, to Garfield, and then Holland, there have been many Spidey actors in the last twenty or so years! Back then though it was all the rage that SPIDER-MAN, was going to take Comic Book Movies on the ULTIMATE SPIN, and set the course for where Superhero and Comic Book Films are today! You can listen to our Raimi Trilogy Talk HERE!

In preparation for our Spider-Man Film Coverage, I sought out everything I could find with The Raimi Trilogy. What I found were things that I haven’t thought about in 21 years. Yes over on MWIRE in 2009 we did review the Raimi Trilogy. However it has been a long time since that recording, and I haven’t rewatched any of old Spidey films since then. I also barely remember seeing the Garfield films, and I was kinda not into the webhead with Holland. I remember seeing Homecoming, but I couldn’t tell you anything about that film. I don’t think I ever saw Far From Home, but I have seen No Way Home, because there was “NO WAY” I wasn’t gonna watch that.

NEXT SUMMER GO FOR THE ULTIMATE SPIN!

I’ve watched the above teaser trailer many times now, and it really is the ultimate teaser! When I first saw it twenty one years ago, I was in sheer shock, and then delight. Twenty One years later, I had the same feelings, but I also didn’t remember the teaser being the way that it is. As I said it is the ULTIMATE teaser trailer, because in the first few seconds, I had no clue what this teaser was a trailer for. It wasn’t until 1:14 of the 2:17 trailer length, that I realized twenty years ago, what this was teasing! SPIDER-MAN on the big screen, as you can see in the image below: 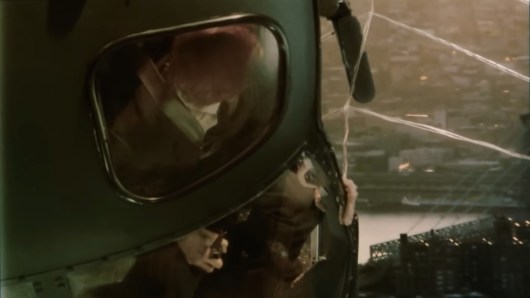 Once I saw that tiny bit of web, I knew, and I was so excited back then. Even rediscovering this material today, I absolutely love it. What a way to introduce the first live action Spider-Man to the world! As you’ll hear in the above linked podcast, what I remember of seeing the film in theaters, was that I saw it 5 times in one day! I paid once, and theater hopped the other 4 showings. Now I know yer not supposed to do that, but I was 22 then, and I still went to theaters lol

The emotions that this promotional material gave me then and now are just sheer excitement of what comic books films were becoming. How far comic book films have come in the last 21 years is amazing. The Marvel Engine geared up, and gave us so much awesome with the MCU, and even more than that.

As I was writing this, I had to have Danny Elfman’s Spidey Score blaring in my headphones. You Can check that out on Spoify here:

And so to wrap this little stroll down memory lane up. This is why nostalgia fuels me, rediscovering things like this, about a film that I originally saw so many times that I had ir memorized back then, to now where until I actually sat down and rewatched the Raimi Trilogy, I almost forgot most of what happens in the films. Oh sure I remembered the basic plot, but that EXPERIENCE of watching the film is what I had forgot about all these years. What a Great time with the Webhead!