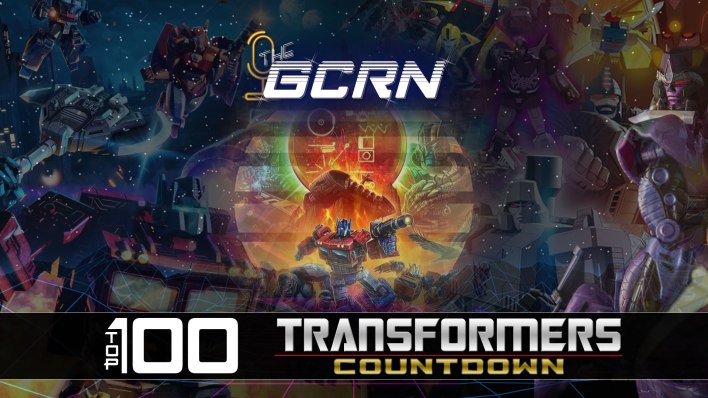 Originally what is below was a Facebook post…. I wanted to say more with it, hence why it became this blog post. This is how I finished:

^^^ That was what I wrote on Facebook after I finished the final episode of our Top 100 Transformers characters countdown! And Now I present you with:

PART 5: THE TOP TWENTY FIVE FACES  OF DARKNESS…… I don’t know WHY, but this one took me the longest. And this is where we get to the GRAND TOTAL OF 100 HOURS of WORKING on these. Part 5 was a 33 hour long editing job over three days. 10 Hours the first day, with taking two or three breaks. In total I actually SAT AT MY DESK on DAY 2, for 13 hours straight, only getting up twice I think….. Day 2 and the THIRTEEN HOURS….. is a bit hazy at this point, AND I didn’t even finish the edit! I got to Numbah 7, and I was so delirious and exhausted, I had to STOP. Because I thought I was messing things up in the editing.

Sooooooo…… Part 5 went into DAY 3, and after all said and done there were extra hours of work on it…. But I got it done. We are at THE END OF THE LOW ROAD now, So… WHAT A SUMMER OF 2021, WITH A VERY TRANSFORMATIVE EXPERIENCE, one that BROKE ME mentally on podcasting all together. However in the long run I had fun, and I have a piece of recorded media THAT I AM PROUD OF!

Get the entire TOP 100 TRANSFORMERS CHARACTERS COUNTDOWN HERE! & CHECK OUT THE AWESOME CONTRIBUTORS THAT HELPED US CREATE THIS LIST, YOU CAN FIND THAT HERE!

When I say “THIS WAS “WORK””… I had the time, I am a podcast producer, and someone who wanted to be the one to get every little detail of the final product just right. I think it came out pretty damn good! So I’m not trying to complain, or overexaggerate what my part in this project was. I’m just recalling, and remembering the process I went through for you the listeners to hear our latest TOP 100 Project! Here at The GeekCast Radio Network, We each have a part to play in the creation of the content that we produce. Everything with the numbers that OptimusSolo did in order for us to get the actual revealed list, everything Steve/Megatron did with the graphics, and the voiceover work, every. single. co-host, and every. single. contributor should be proud of this. No. Matter. What! THANK YOU ALL!!!! TILL ALL ARE ONE!