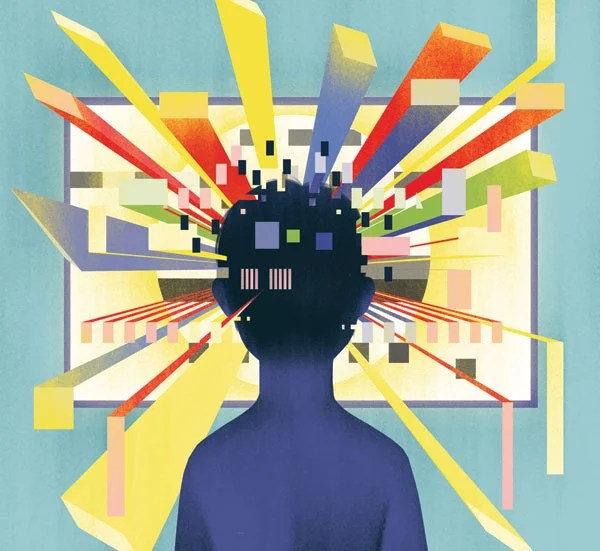 I have to disagree with Mrs. Sturak! As a kid in the 80s, I read books all the time, I even read certain sections of the newspaper. YES beside the funny pages and sports section. Without the education Television gave me as a kid, I don’t know what kind of person I would be today. I used to watch the local and national news all the time, but these days… it’s too damn depressing. With the way the world has turned out to this point, I’d rather filter my news online, and be informed that way, versus watching TV News.

As a kid, what shaped who I was depended on the entertainment I was shown on television. From cartoons, comedies, action shows, and so much more. My Mom let me watch pretty much anything on TV, and even though I did play outside at least once a day, I was more of a TV brat than anything else. My watching habits as a kid included my top 3 action based tv series… those being Knight Rider, Airwolf, and The A-Team! I also grew up learning lessons on The Cosby Show, Family Ties, Night Court, and more. Let me just state, I’m not mentioning The Cosby Show, in order to talk about what a monster Bill Cosby turned out to be. I’m mentioning it because as a kid, I knew nothing of who Cosby really was, none of us knew. I have always been able to separate the fictionalized worlds on television from real life. The fact is that tv show taught me lessons, and I’ll defend the writers, other cast members, and crew all the time. The Cosby Show and then later Full House taught us values, and about life. Shows such as Boy Meets World, Family Matters, and more gave us new and interesting family comedies, at the same time teach us even more life lessons as we grew up.

The sad thing is that what was funny back then, would be so politically correct today, that the joke would be lost to most. In today’s entertainment world, how we consume our tv is so much different than it was in the 70s, 80s, and 90s. Comedy I guess has evolved, but I prefer the comedy of the time I grew up to most of the dick and fart jokes of the last 10-15 years.

Sesame Street, Mister Rogers Neighborhood, Ghost Writer, and more were my Edutainment programs. Although I am not sure if EDUTAINMENT was a term used back then. however Big Bird, Oscar the Grouch, Cookie Monster, The Count, Bert, and Ernie… all taught me stuff as I was growing up. Fred Rogers on Mister Rogers Neighborhood also taught me many lessons. If I hadn’t watched these programs, I doubt I’d be the same person as I am today.

Cartoons were a huge influence on me, whether that was Looney Tunes or The Transformers. From Thundercats, He-Man, She-Ra, Voltron, and so many more… My childhood was filled with the awesomeness of the animated variety. The Disney Afternoon, TMNT, Yu-Gi-Oh!, the Marvel cartoons of the 90s, the DC Animated Universe, we really had the best cartoons from the olden days to about 2005.

On October 27th and November 8th, 2010 Kevin “OptimusSolo” Thompson launched THE TELE-CAST here on The GCRN! On September 17th, 2014 I launched REMOTE CONTROL, Tele-Cast was all about classic TV show talk, and Remote Control was and still is about modern TV Talk. I have no idea when The Tele-Cast will return, but I know there are plans! I watch TV, so I MUST Talk TV! Throughout my life, I watched TV for enjoyment, and now for the past 5 years or so… I’ve been watching and talking TV for even more enjoyment!

I don’t think too much TV is a bad thing, yes take everything in moderation, but without TV, where would society be today? The TV didn’t rot my brain, it gave me all the useless knowledge I have. I know not everyone is like me, and we wall watch different shows, there are plenty of shows I have zero interest in. However, I think that’s what makes being a TV so interesting. We all can bring something to the table!

Do you think TV Rots the Brain? Let me know in the comments below!

Join me tomorrow morning January 18, 2019, as I’ll be asking the question: “How Do People Do It? How do people get through life?!