35 Years Ago Transformers Debuted in the USA

Hello all and welcome to a NEW Daily Blog series from me… TFG1Mike! The idea here is for me to write something, anything, once a day for 365 days. From January 1, 2019 to December 31, 2019. Sadly I’ve dropped off between Days 83 and 121, and then from 208 to now. It’s Day 260 of 2019, and as you can tell from the title of this post, I’ll be talking about the 35th Anniversary of Transformers! It’s hard keeping this daily writing thing up, but I’m very proud of the writing I’ve done this year. Ahh yes Transformers, a franchise the defined my childhood. I’d be a very different person if this franchise hadn’t left an indelible mark on me. 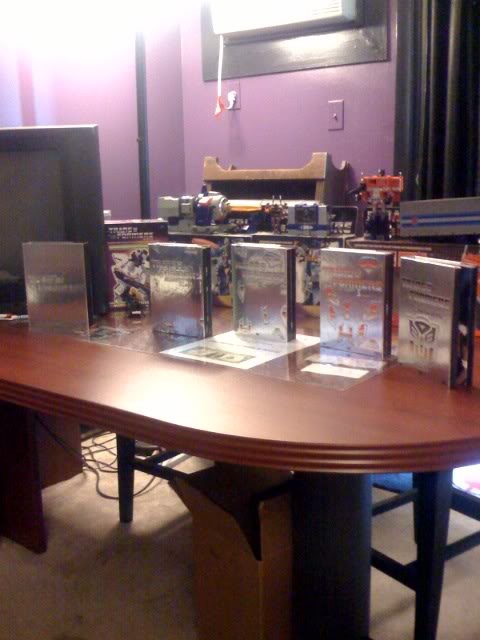 I was 4 years old wayyyy back in 1984, and I don’t think until the following year had I fully grasped what Transformers was. Once I understood the cartoon, I gravitated towards it almost immediately. My Mom bought me the toys, I had the trading cards, I had several Transformers books, and watched the cartoon every time it came on our TV screen. There were several Transformers toys I never had, Soundwave, Shockwave, and the Constructicons Gift Set are the main sticking points I can remember. However I had Optimus, Megatron, Blaster, and his cassettes, Ironhide, Ratchet, and many others. I had Hot Rod and Rodimus Prime as well. I loved playing with these toys, and I played with them so much, that they all got worn out very fast. Creating my own good vs evil stories with these action figures helped me let my imagination run wild, at the same time grow. Back in 1986 we didn’t need a smart phone to keep us 80s kids silent or happy. All we needed were a few good and bad guy action figures, and the rest was up to us. My best friend at the time Jonathan Bond had Soundwave and his cassettes, which I wanted so badly, and as I said I had Blaster and his cassettes. Whenever we would go over to each other’s homes, we’d be playing Transformers battles with each other. At school my other best friend Nick and I would role play Transformers at recess. From 2006 to 2011 I collected the newer action figures, and loved them at that time, but life got in the way, and I had to sell my collection. I’m not at all sad about doing that, I wasn’t then, and I’m not now. I did what I had to do, and they were taking up a bit too much room.

Besides the toys, the one storybook I remember always checking out of the elementary school library was the one with Wheelie on the cover of it, I have seen that book on ebay here and there, but I can never remember the title of it. Wheelie was never a favorite character of mine, but I do enjoy reading origin stories, and that’s what this little book was. I never got into either the Marvel US or UK runs of the comics, my focus was on the animated series and action figures. 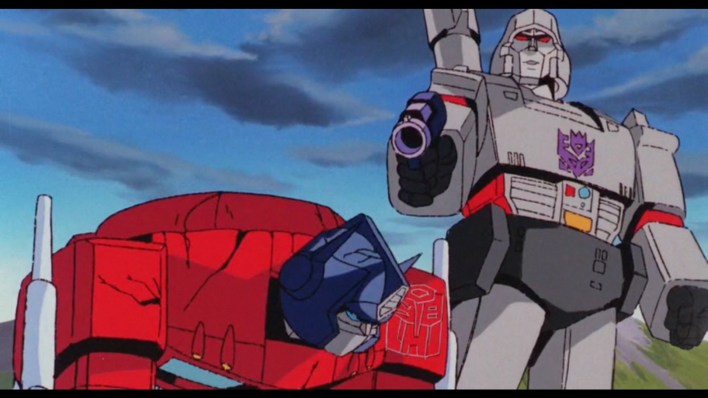 The 1986 film was an animation masterpoiece, it still is in my mind. A story from beginning to end that gave you everything you did and didn’t want. No one wanted the 84 toyline to die, but the way they did it was amazing. Any 80s kid that tells you they never cried when Optimus Prime died, is lying their ass off.

11 Years Ago this December I started The TFG1 Podcast. My goal was to go back as a 28 year old adult, and look back on my childhood with a more critical eye. I had been listening to podcast for about 2 yars at the time I decided I wanted to try and make my own. Through the help of Steve Megatron, and my eventual co host PecanCtMichael…. TFG1 became much better than what it was in the beginning. I learned with that podcast, that I’m no one man show. I need someone to bounce off of. Between Steve, Michael, and later Kevin “OptimusSolo” Thompson, I found my core Transformers crew. The TFG1 Podcast eventually got better, and even though ewe were being negative about the Generation 1 cartoon, deep down I still loved that show. I don’t care anymore that there are animation errors, or that voices might be mismatched to characters. There are still so many episodes of G1 that I love. Maybe later on this year I’ll make a Top list of my favorite G1 carton episodes…. maybe…..

After G1, I found Beast Wars, and then Beast Machines. I’m more of a Beast Machines fan than Beast Wars, as I can rewatch the BM series more times than Beast Wars. However the entire Beast Era is a favorite of mine. I never got into the toys though, I was getting too old by then. After those series, the next one that I tried was Transformers Animated, but I was very negative about that series in the beginning. After a time, I considered where it was coming from, and what story it was trying to tell. And then the Season 3 multi part opening story Transwarped had me in the positive TFA camp immediately… once I saw Rodimus on Cybertron. Before I transition from cartoons to comics, I will say that I tried watching the Unicron trilogy of shows, but never could get into them. 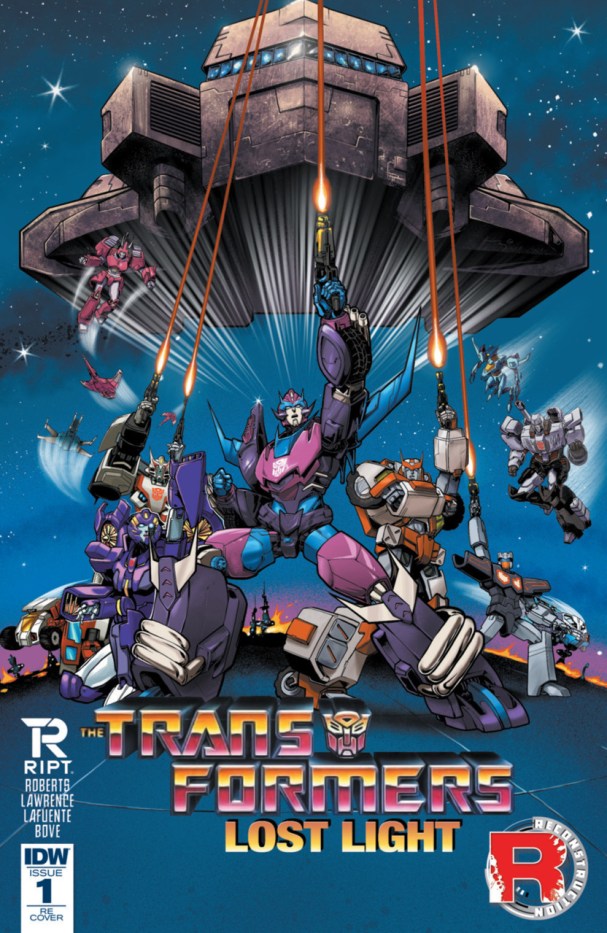 IDW Publishing, and their series of comics starting in the two ongoings of More Than Meets the Eye and Robots In Disguise is where I got into Transformers comics. Since May 15, 2013… I have been reviewing the IDW Transformers Universe with a slew of co hosts. Ryan Merkley and I just ended that coverage at the beginning of this month. That’s 6 years of The GCRN’s comic podcast The Pull Bag dedicated to Transformers comics. That’s 57 podcasts and 2 interviews in 6 years of a podcast’s run. I loved reading the IDW books, and the stories that were told were very interesting. They used characters we already knew, and even created ones we hadn’t met yet. The storytelling James Roberts did in More Than Meets The Eye is nothing short of stellar. John Barber, and Mairghread Scott also gave us stellar stories. Ms. Scott particularly I loved her writing style, and the fact that she took a fan voted in character Windblade, and gave her a true story. Those are some of my favorite stories in the IDW Publishing 13 year run of that Transformers Universe. Who knows what the NEW IDW Transformers Universe will hold in store for us, but I’m willing to give it a shot.

– I don’t know if The TFG2 Podcast will ever begin production. I’ve been promising it since 2014, and I’ve just not been sure about it. I have a plan to get it done, but there are other podcast topics I wanna tackle first.

– The same goes for Transformers Prime Time, which would have been, and will be our TF Prime animated series review show. I’m just not sure if I can dedicate the time it will take to getting these podcasts produced at the moment. However I wanna thank everyone for sticking with me, and waiting patiently or impatiently for these shows.

35 Years in a lifetime, most franchises or properties don’t get that longevity. Transformers has consistently reinvented itself. Between the cartoons, toys, comics, live action films, and more. Transformers is a brand that will forever change young hearts and minds, and it will be something all of us old bots and cons… look on fondly. Other than the comics at IDW, I sadly find that there isn’t much for me in the TF Universe, but I love reading and covering the comics inside The Pull Bag. Here’s hoping Transformers will be around for another 35 years. Oh dang the 70th anniversary of Transformers will be in 2054, and I’ll be 74 years old!

What are your memories, experiences, and Transformers stories? Sound off in the comments, and I’ll catch you guys next time I write one of these things. 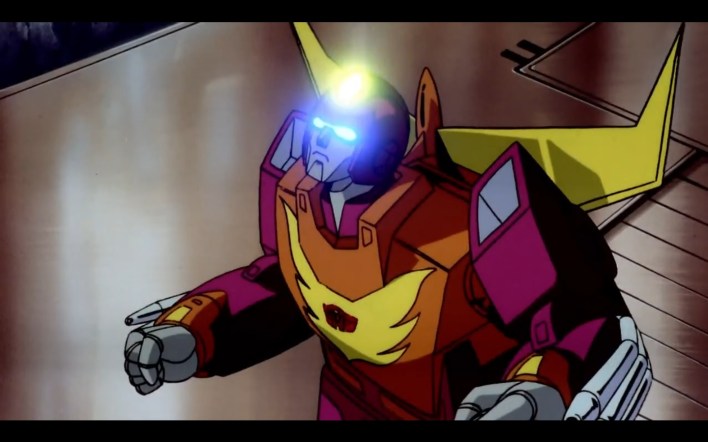 A Blast From the Past: 5 Websites That Are Somehow Still Around