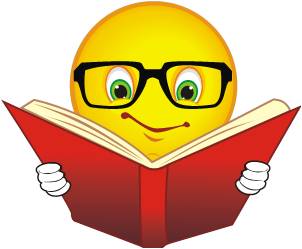 Just Read! No Matter The Cost!

EDITOR’S NOTE: I may not mention every single book I’ve read throughout my life, but I’m gonna hit on those that affected me the most.

Hello all and welcome to a NEW Daily Blog series from me… TFG1Mike! The idea here is for me to write something, anything, once a day for 365 days. From January 1, 2019 to December 31, 2019. In my 30th entry, I’ll be talking about READING! I spent a day writing about my writing process, which you can read about HERE! Now learn about my reading journey.

If I were to sum up my reading history, at least the books I read as a kid, well it’d go something like this… Golden Books, The Berenstain Bears, The Hardy Boys Casefiles, and other odds and ends. That’s just when I was a kid. I read E.B. White’s Trumpet of the Swan and Charlotte’s Web, as well as Where the Red Fern Grows by Wilson Rawls. I just read a ton of stuff, even Shel Silverstein’s Where the Sidewalk Ends and A Light in the Attic.

Reading….is something everyone should do. I was brought up reading books all the time. There was no internet in the 1980s, and I found myself as a young Massachusetts boy engrossed in books. Not just for educational purposes, but for enjoyment as well. I read the newspaper, mostly for the comics and sports section, but I’d also read the news as well. I was raised with the line of thinking that you can never learn too much. I actually enjoyed reading my schoolbooks as well, math was the exception to that though. The Science and History books though, I ate that knowledge up! As I grew up I preferred fiction to non fiction in my reading for enjoyment outside of school. Honestly, what kid didn’t prefer fiction over non fiction? I know there may be one or two kids out there… Most likely more…. For me reading fictional stories and characters showed me the way to having my own creative gene. I always immersed myself into any book that I was reading, I envisioned myself having the adventures I was reading about, alongside the characters. When I was reading The Berenstain Bears, I pictured myself as a young friend to Brother and Sister Berenstain! When I was reading The Hardy Boys Casefiles, I always felt more a kin to Joe than Frank Hardy. Mainly because Joe loved his bacon cheeseburgers!

I also read stuff like the R.L. Stine Fear Street series, which is weird if you think about it… I have a huge aversion to Horror films, yet I can read those books. I never was a Goosebumps kid though. I was getting too old for those books as time went on. One series of books that, to this day, I’ve never been able to find were written by Melissa Brennan. They were young adult books, and the series was called Pizza Paradise. By the time I was 15 or 16 years old, I was reading John Grisham books, and other stuff like that. As I’ve gotten older, and lived in various places, I used to try to find the closest bookstore to where I was living. This one time when I was living in Biloci, Mississippi… I went to the local Books-a-Million, and the clerk there presented me with a choice between a boy wizard or a former lingerie buyer, turned bounty hunter. It was a choice between Harry Potter and the Stephanie Plum series, and I have never never looked back on that choice. I chose the Plum novels by Janet Evanovich. I have never read the Harry Potter books, nor have I seen any of the films, outside of a trailer here or there. However Evanovich’s Plum series, I absolutely love. Don’t get me wrong, there’s nothing wrong with Harry Potter or anything like that, but when I am give a choice between two paths, I generally stick to my original choice. I also am not going to put my time and effort into something I have no interest in. Harry Potter just doesn’t appeal to me, and then there’s all the hype about it over the years. YES I hype stuff up all the time, and I’m sure no one will check out what I suggest, and that’s the same for me with HP, I am indifferent to it, and I’m putting my energy into stuff I wanna read.

One book that creeped me the hell out as a kid was The Curse of the Blue Figurine by John Bellairs. I didn’t know this at the time, but it is the first novel in the Johnny Dixon series that Bellairs wrote. Once again, as with the Fear Street books that I would read later… this was another gothic-horror kind of book. While I remember enjoying reading The Curse of the Blue Figurine as a kid, I also remember it contributing to my aversion of the horror genre. I only ever read the first two books in the Johnny Dixon series. Through the late 80s and into the early 90s, I loved reading movie novelizations… whether they were for NEW films just being released, or others that were already released.

I loved going to the Library as a kid, and it shaped me into the person I am. Libraries are awesome, and anyone that thinks otherwise, well they need their head examined. I was even a 5th period library aid in high school. Not everyone can buy all the books they want out there. Libraries are an amazing resource nowadays especially. You can find almost everything at a library. It was one of the key moments of my life, getting my OWN Library card, this might sound like I’m making a big deal out of nothing. However a kid getting their own Library card should be a very big deal. It means that not only are their parents teaching them responsibility, but it gives them a certain freedom to read whatever they want, and teaches them that books are a precious thing.

As a kid I maybe read 10 comics or less. Even throughout my life, I only ever picked up a few issues here and there on the newsstands, or in Walden Books. I was more into watching my superheroes on TV in the animated series that they had. I have read several comics from the 90s, I think I read Dark Knight Returns as a kid, or something, but comics weren’t very prevalent in my young life.

Flash foward, or at this point, flash back… To 2012-Present… I’ve been doing The GCRN’s first comic review podcast, The Pull Bag since March 6, 2013. Steve Megatron and I started doing comic reviews on the GeekCast Radio flagship podcast, and then we decided to make it it’s own podcast. IF you’d like to listen to my Comic Origins episode, you can find that HERE! The Pull Bag has been the ultimate labor of love for me. I try my best to cover as many comics as I can. From multiple publishers, not just Marvel and DC. It’s all about characters and franchises for me. IF there’s a character or franchise that I love, and there’s comics for it, I will most likely review it on the show. I love reading, and while I’m reading to review comics on the podcast, I feel I’m still enjoying the act of reading. I read more comics these days than I do actual books, but the way I see it is that as long as you read you are learning, no matter the format. Make your great escape into comics, and jump inside The Pull Bag today! Catch up on all of our episodes HERE!

Join me tomorrow morning January 31, 2019 as I’ll be writing about my watch through of Netflix’s Carmen Sandiego Season 1.

“Because storytelling, and visual storytelling, was put in the hands of everybody, and we have all now become storytellers.” – Levar Burton quote grabbed from BrainyQuotes