Hello all and welcome to a NEW Daily Blog series from me… TFG1Mike! The idea here is for me to write something, anything, once a day for 365 days. From January 1, 2019 to December 31, 2019. In my 47th entry, I’ll be talking about tastes in television! You mightbe wondering, but TFG1Mike… you already wrote about TV… and you’d be right, on Day 17 I wrote that “TV Rots Your Brain!”… However this entry will be a bit different. So keep reading to learn why….

Yeah you read that right! I enjoy pointing people to shows I love, but it takes me years to check out stuff they love. #SorryNotSorry I guess it’s my “only child” syndrome. Never had any brothers or sisters to share with, so it’s all about me me me! TV was my friend as a kid, no matter what I was watching. Whether I was learning by watching the news, having fun watching any of the 4 major Boston sports teams, cartoons, and so much more. Between television and reading, as a kid I feel as if I was surrounded by a lot of great characters.

TV FOR YOU AND ME!

Everyone has difference tastes and preferences in the TV that they watch. I’m a bit “odd” in my TV watching. There are shows that I absolutely love, that no one else likes. Call it Nostalgia or whatever, but I’m more interested in rediscovering the shows I grew up on, than trying new shows that might not even last a full season. Seriously why to the big networks pour all this money into a show, the social media stuff, and everything…. then because it didn’t hit well enough with audiences it’s gone! I get it TV is a fickle business where stuff comes and goes, however in the era I grew up in it seemed as if shows lasted a lot longer.

Over the past year I have re watched VIPER now on DVD!, Mutant-X (still on S1), Red Band Society, and so much more. I watch all the CW superhero shows, besides Black Lightning, haven’t gotten into that yet. I picked up Manifest on NBC, dropped This Is Us, and there’s a whole lot more in between all that. I follow the “watch the first 5 episodes” rule when it comes to any TV show I haven’t seen before. If after the first 5 episodes I’m not into it I’ll drop the show. As I said above, I dropped This Is Us, because it was just too much. It was one of the many shows that I stopped caring about. I watched 2 full seasons, well I barely made it through season 2, but it wasn’t enough to keep me wanting to continue watching. It is a GREAT show, I guess I just need something a bit more mindless and less emotional! I’ve been watching Jeopardy since I was 4 years old in 1984 when the Alex Trebek era began. I used to watch all the court room shows, Judge Judy, People’s Court, etc… I watch more True Crime TV these days, more so that anything else. My wife and I pay for Cable, Hulu, Amazon Prime, and Netflix, I think we are tapped out on streaming services. If shows aren’t available through any of that, personally I don’t have the time to seek out stuff that is gonna cost me more.

ME VS HBO VS GAME OF THRONES!

The main contention here is HBO and Game of Thrones, everyone is like GAME OF THRONES is the BEST ever! My reaction is… “I’m not paying for HBo, just to watch one show.” YES I know HBO has more to offer than just that one show, but it seems through all the research I have done about GOT… paying for HBO is the only legal way to watch it. I have better things to do with my time. Am I missing out? Probably, but the think is… I’m indifferent to stuff I haven’t seen. I’m not gonna sit here and say, “THIS SUCKS!” until I’ve seen at least one episode of whatever TV show it might be.

MAKING UP YOUR OWN TV SCHEDULE!

With DVRs and streaming services watching TV has become more ala carte than ever before. Granted we can’t ala carte our cable packages… yet, but still if you make a favorite channels list, you can pay attention to the channels that you want to, without the stuff you don’t want to see. TV is an On Demand business now, you can watch episodes anywhere. Hell Netflix and Hulu are great binge TV watching experiences. There’s that old saying, “Netflix and Chill”… well I have a new one, “Hulu and Hang”. I’m sure I’m not the only one that has used that, but I just thought of it a few weeks ago. I binge watch more stuff on Hulu than Netflix these days. Hulu ad free is so worth it, I don’t care that I have to wait until the next day to watch Gotham, Lethal Weapon, or The Gifted. I’d rather watch with no commercials, than have to fast forward through all that. My TV schedule is far too erratic to put it ineven in the 2 hour primetime slots. I’d be writing this all day long if I did that.

The whole point of making this a full on post, is that I’m trying to say we all have different tastes in our TV watching. Not everyone will watch everything everyone else does. That is OK, because if we all watched and liked the same stuff, the world would be a boring place.

What would your TV schedule be? Let me know in the comments below!

Join me tomorrow morning February 17, 2019 as I’ll be writing about nostalgia! 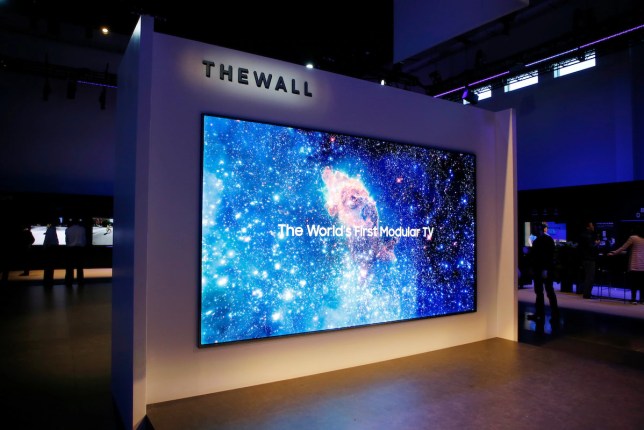