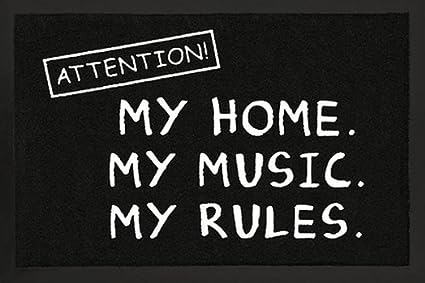 Hello all and welcome to a NEW Daily Blog series from me… TFG1Mike! The idea here is for me to write something, anything, once a day for 365 days. From January 1, 2019 to December 31, 2019. In my 52nd entry, I’ll be talking about my love of listening to music.

EDITOR’S NOTE: LEAVE THE NICKELBACK HATE AT THE DOOR PEOPLE! RESPECT THE BACK!

I am not sure when my Mom first had me listen to music. I know it was at a very young age, because I have a picture of myself as a kid with a Born in the U.S.A. shirt on. Being born in 1980, and growing up in the 80s and 90s… I’d say the musical tastes were so varied, it left a really good impression on me. Of course my Mom and Dad also played “oldies” from the 50s, 60s, and 70s. So my introduction to music was from all types of musical tastes.

The one band in the 80s that I would definitively say was my utmost favorite is the duo of Daryl Hall and John Oates. They were and still are the best selling duo from the 80s Hall & Oates! However they are two very unique musicians. If you look at every album they ever released… They aren’t Hall & Oates albums, they are Daryl Hall & John Oates albums. They each in their own right are tremendously talented artists.

Rock and Pop are my two main lanes of music listening. I like some rap, but not a lot of it. I have all the respect in the world for the rappers out there, but I just can’t get into most of it. I love soundtrack scores. I get attached to artists that either have made an impression on me, or ones where I’ve heard just one song, and then I want to hear more. Music is something that rocks me all the way down to my soul.

In 1994 I even tried to make my own music video to D.C. Talk’s “Time Is…” from their Free At Last album. It was me and my two cousins Cassie and Nikki. The video linked below is of the D.C. Talk song, not the video we made. We had a theme for the video we made, I was the Rock, Cassie was the Rap, and Nikki was the Soul. Ahh the good ole days!

Songs bring out emotions, they make you remember a specific moment in time, and they also let you hang lose and party up! Whether you love em or hate em… I found Nickelback after I had been listening to Creed. I think it was one of the awards shows that I noticed them at. I’m not really sure, all I know is once I heard the songs of their album “The State” I was hooked. I’ve been following Nickelback since 2000, that has been 19 years of my life with one band. I finally (thanks  to my Mom) got to see them at Freedom Hall in 2006. That was during their touring for the latest album released at the time. It was the “All the Right Reasons” tour, and I absolutely loved it.

The crazy thing is I rarely have any NB tracks come up in my all time Faves playlist. Oh they are there, but I listen to a bunch of other stuff besides them. Black Stone Cherry has been my new music drug since hearing “White Trash Millionaire” back in 2011 from the album “Between the Devil and the Deep Blue Sea”.

What are your musical tastes? Let me know in the comments below!

Join me tomorrow morning February 22, 2019 as I’ll be writing about yet another thing you probably won’t read!

“Oh it must be Nice, to spend each day in paradise!” -Nickelback from their song “Must Be Nice” off of the Feed the Machine album