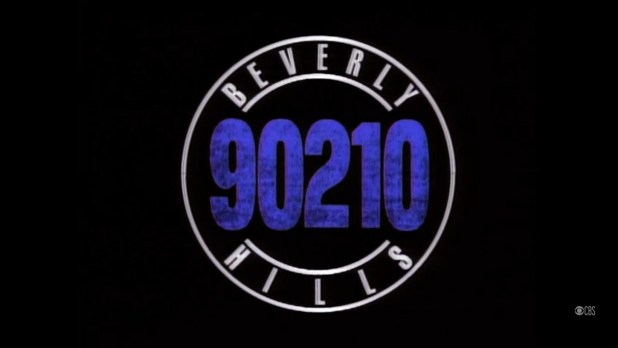 Hello all and welcome to a NEW Daily Blog series from me… TFG1Mike! The idea here is for me to write something, anything, once a day for 365 days. From January 1, 2019 to December 31, 2019. In my 68th entry, I’ll be jumping in the way back machine, and returning to 1990. Beverly Hills, 90210 had debuted on October 4th, 1990. For ten years this show would tell the stories of Brandon, Brenda, Steve, Dylan, Kelly, Donna, David, Andrea, and more. I have not seen the series since maybe 2001. Hulu added it awhile back, and sadly it took the news of Luke Perry’s death, for me to want to go back and watch the entire series. Currently as of this writing over the March 8-10th weekend here in 2019, I have watched the entirety of Season 1. I’ve also started Season 2, and I have to say this show is and was a lot better than most people give it credit for. Two of my Facebook friends think that the show is garbage, and I shouldn’t be wasting my time on it. Well they can have their opinions, but my opinion is that they are wrong. I’m not sitting here saying 90210 is the best show ever… What I’m saying is that it was a show that was groundbreaking for Fox in 1990, and it tackled a lot of issues facing people, young and old alike. It wasn’t just about the stories with the teens, but it was stories about their parents and many others.

Obviously it focuses on the core group of teens, and how they get through every day life. Through out the series we follow them as they and we as television watchers grew up. I was 10 years old in 1990, and I doubt I was watching the show then, but I can’t remember. My Mom did let me watch whatever I wanted. The reason why I say I doubt I was watching during season 1 is because I do not remember the opening from that first season.

Season 1 of 90210 tackles a ton of life lessons. From a cancer scare with Brenda, to Kelly’s mother suffering from alcoholism, pressures of school standardized tests, and so much more. The first season of the show tackles many issues facing teenagers. It even touches briefly on bullying, pressures of holding down a job, running for class president, suicide, depression learning disabilities, and so much more. I guess you could say it falls in with a soap opera type of show, without the daytime soap stigma. Going back and re watching it now, I have a new respect for everything that the show did. It showed it’s audience that if you need help, you can ask for it. It gave us viewers who might have been going through whatever tribulation one of the characters was going through… a way to see how to handle that issue. The show has great characters, with each of them having their own individual strengths and weaknesses. Yet all of these teenagers come together as a group of friends, they help each other overcome any obstacle.

It’s also a huge surprise in re watching this to see the guest stars that they got. I mean Matthew Perry… before Friends… that was kinda cool. I love Joe E. Tata’s Nat character, yet another voice Brandon can turn to for advice. In the first season we are just barely getting to Steve, David, Donna, and Dylan’s issues. Dylan does show a few of his challenges with his father, but for the most part he’s the cool bad boy on the block. Besides this series I’ve seen Luke Perry in a few other things. The Buffy 92 film, The Fifth Element, and most recently Archie’s dad on Riverdale. I remember when I was watching Season 1 of The CW series thinking… hey Dylan all grown up! The man will be missed.

The Season 2 and beyond opening is the one I remember the most. Were you a Beverly Hills, 90210 fan? Have you gone back and watched the show recently? Did you catch the attempted reboot? Let me know in the comments below.

I’ll be watching the other 9 seasons throughout the rest of 2019, so watch out for more 90210 entries. Join me tomorrow morning March 10, 2019 as I’ll be writing about National Mario Day!

ToonCast Beyond - EP 82 - Back to the Future The Animated Series