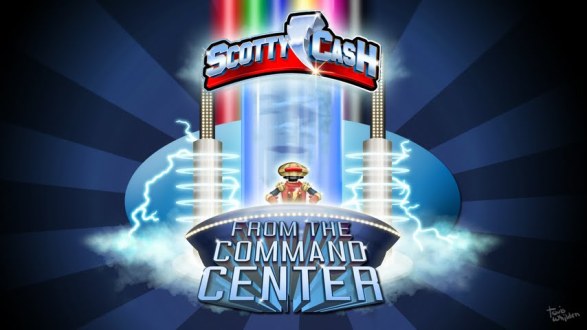 From The Command Center The Podcast!

Hello all and welcome to a NEW Daily Blog series from me… TFG1Mike! The idea here is for me to write something, anything, once a day for 365 days. From January 1, 2019 to December 31, 2019. In my 70th entry, I’ll be talking about the History of The GCRN’s Power Rangers podcast From The Command Center. Eight years ago today Scotty, Spada, and I started the journey of the podcast. I had a plan for the show (I always do), but I never really set it in stone. Now I refuse to take all the credit for this, except for the part of me having an idea to do an audio version of Scotty Cash’s video series with the same name. He came up with the title, and all that.

How did Scotty Cash and I meet? Well I had already been watching Pixel Dan and Devall on their show That New Toy Smell, and then at the time I had joined the Pop Culture Network forums. Scotty loves Power Rangers and I love Power Rangers, he had a show, and I had an idea to expand the show in an audio version. At the time when we started the podcast… I had already been sort of podcasting with Spada The Baltmatrix, so it felt only a natural fit to make him the third member of team FTCC! Spada was the Sentai expert for us at the time, as I ha no desire to read subtitles in order to watch a show, and I’m not sure why Scotty wasn’t watching the Sentai stuff at the time. However through Spada’s Sentai Segments Scotty did start watching the Sentai series’ that the American version of Power Rangers is adapted from. You can see below two of the videos from Scotty’s FTCC Video series.

I loved watching these back then, and going to back to them now is a trip down memory lane. I used to watch a lot of YouTube back then, nowadays not so much sadly. Scotty was reviewing toys on his video series, but not talking about the TV series as much. So that’s where my idea came in for the audio version. 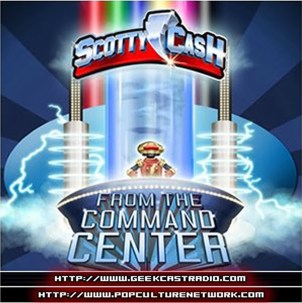 We would review every season of the Power Rangers TV series. One season per episode of the podcast. At the time when we started eight years ago, there were only twenty seasons. So the podcast schedule was simple… Episodes 01-21 would be the season reviews, which included the two films at the time as well. After that… who the hell knew what we were going to do? Well I formulated a plan, and we went for it. That plan included Top Lists of many different aspects of the Power Rangers. These lists were as follows:

The Best and Worst in Power Rangers Technology

The whole podcast was a blast to do, and I miss those times of recording with Scotty and Spada. They were the good ole days of podcasting, and FTCC has evolved so much over the years. Even though it officially ended and was retired in 2014, I still have found a way to bring it back once in awhile. After we did the Top lists, the next evolution for it was going back to MMPR and doing commentaries on our favorite episodes. We accomplished this from Episode 29 through 45 of the podcast. Plus the several interviews we got to do. From Lord Zedd and Rita (Robert Axelrod and Barbara Goodson), to Jason David Frank, Daniel Southworth, and Karan Ashley… those were super fun times, and listening back to them brings me a lot of joy.

You can listen to all the FTCC Episodes HERE! New episodes in the form of reviewing the comics will be happening all March long here in 2019. I’m hoping I can get Scotty, Spada, and myself back together for a Power Rangers general discussion for the 50th episode, but no promises.

Join me tomorrow morning March 12, 2019 as I’ll be writing about yet another topic that interests me. It could be TV, movies, music, comics, toys, games, bideo games, ya just never know!

“May the Power Protect You All!” – Zordon