34th Anniversary of He-Man and She-Ra The Secret of the Sword!

Hello all and welcome to a NEW Daily Blog series from me… TFG1Mike! The idea here is for me to write something, anything, once a day for 365 days. From January 1, 2019 to December 31, 2019. In my 81st entry, I’ll be writing about the 34th anniversary of The Sword of She-Ra! Most people know it as He-Man & She-Ra: The Secret of the Sword! 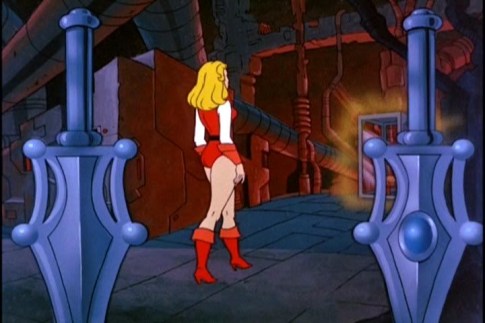 I never saw this in theaters, I knew it was in theaters, but I was only 5 years old at the time. What I do remember is a year or so later when it hit VHS, I rented it from Adventure in Video every chance I got. Heck I rented and watched it so many times, that I broke the VHS tape. My Mom wasn’t too thrilled with that. Just like Transformers: The Movie, I had both of these films memorized after about the 5th watching on VHS. I miss the days of animated series having multi part beginnings to their stories. The Secret of the Sword or The Sword of She-Ra was the first 5 episodes cut together to make He-Man & She-Ra The Secret of the Sword! I always watched it as the film version, so when I realized it was the first five episodes of the She-Ra series, I tried to watch them, but wowzers I couldn’t. It was too weird, there were bits in there that weren’t in the film version. Obviously though right, however it is interesting to see what they cut out to make the film version.

For the past 7 years OptimusSolo and I have been reviewing every episode of all 4 of the MOTU cartoons. As of this writing, we have just finished the crappy New Adventures of He-Man, and we are prepping to start recording the Me-Man 2002 series reviews. You should go back and listen to our COMMENTARY on the film, and then check out our BREAKDOWN between the Film and TV Versions of He-Man & She-Ra: The Secret of the Sword aka The Sword of She-Ra!

What are you memories of this classic piece of animation? Were you a He-Man and She-Ra fanboy or fangirl?  Let me know in the comments below.

Join me tomorrow morning March 23, 2019 as I’ll be writing about something!

Future Imperfect - Star Trek Discovery and The Road So Far...