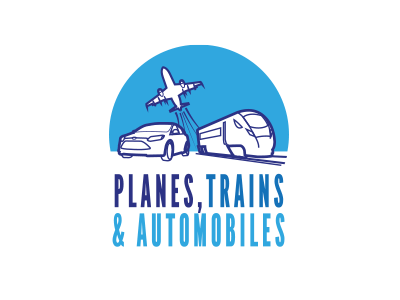 Hello all and welcome to a NEW Daily Blog series from me… TFG1Mike! The idea here is for me to write something, anything, once a day for 365 days. From January 1, 2019 to December 31, 2019. In my 9th entry, I’ll be talking about travelling and moving. Moving sucks! No one ever really wants to do it, but we do it all the time. Travelling to cool and interesting places is FUN, but for me the whole aspect of the actual travel part is not fun at all.

In my lifetime I’ve traveled many times. I think the first trip I remember is when my Mom took me to Disney World in 1986. There was a Disney World trip in 1982, but I do not remember that one. I do however have pictures from that trip. What I remember of the 1986 Disney trip, was that I hated having to walk everywhere. I was complaining so much, driving my Mom nuts! At age 6 is when I started fearing The Dreamfinder from The Journey into Imagination ride. You’d think that I’d be fearful of the purple dragon, but nope… it was the man with the creepy beard, that six year old me was afraid of. I believe in 1988 or 1989 Mom, her then boyfriend Tom, and me went to Key Biscayne, Florida for a vacation. I remember being on the beach in December of whichever year it was. It was a fun trip as far as I can remember, I miss travelling with my Mom. In 1990 at some point I took my first trip to Kentucky to see my Dad. My first impression of the state was that it’s too flat! The sad thing is that I don’t remember much about this trip. I’d be back in Kentucky just three short years later, I’d call it the place I lived off and on for 25 years.

I’ve been in more airports on layovers, than actually being in said city. Yet I still count them as places I’ve been to, is that so wrong? Besides Florida on multiple occasions, I’ve traveled to California and Oregon once, I stayed in Ohio a few times, I’ve been through Indiana (never again), Pennsylvania, New York, New Hampshire, Biloxi and Gulfport Mississippi, and numerous others. In 1992 at age 12 I even went to Canada! I ended up going over Niagara Falls in a Barrel! There is photographic proof of this somewhere, but I can’t seem to find the image.  My wife and I took our honeymoon a year after we were married. We stayed on the Oregon Coast, and while it was a bit too windy for my tastes, it was an amazing trip. We took an entire week to relax, we saw the sights, drove down really cool winding roads, ate at some amazing places, and so much more. Karen and I are planning more trips as I write this. Who knows where we will go next!?! Check out some of the pictures we captured while in Oregon below!

I want to do more travelling, but at the same time I am very much a homebody. Not doing stuff, just relaxing, or anything that isn’t me being productive at something, kinda makes me restless. I either have to be watching TV, while playing games on my phone, listening to music while writing, or something! My hope is that I can see as much of the United States, before doing a bunch of international travelling. I’m perfectly fine only taking a big trip every few years or so. On the trip to Oregon, my wife and I had an interesting experience in the Chicago Midway airport. Due to my disability we were able to take this whole alternate route, and bypass the regular security line. We did go through a much shorter, and more smoothly run security line though. I kinda wish that we all had personalized Star Trek transporters, because between the cost of flying anywhere, and all the heightened security, the act of the travelling kinda gives me anxiety.

When it comes to moving….I really hate it, but don’t we all? I’ve moved countless times in my life. The number has gotten so high, that I can’t even put a number on it. Each time I’ve moved, I’ve had the anxiety of being in a new place, but there’s also an excitement for something new. I’ve actually lived in these states, Massachusetts, Rhode Island, Kentucky, Florida, Mississippi, a brief one night in Pennsylvania, and then in 2017 I moved to Illinois. I guess you could call the one night in PA a stop over until I went back to Mississippi the second time. The move from Kentucky to Illinois was to be with my then girlfriend, now wife Karen. I’ve always loved the city of Chicago, the history, the architecture, and everything that draws me to the Second City. Going back to Day 7’s post on routines and schedules…Moving interrupts all of that. The interruption of life that moving causes is why I loathe moving anywhere with a passion. I also view it a a life changing moment, when you have to say goodbye to what you knew, and hello to what you’ll now call home. Has anyone ever had a simple move though? I always hear about nightmare moves, I very rarely hear about moving anything, anywhere being an easy ask.

What are some of your travelling experiences and moving woes? Let me know in the comments below! I’m sure I’ll have more to say on further travels in the future.

Join me tomorrow morning January 10, 2019 as I’ll be writing about the 20th Anniversary of Batman Beyond!

“The joke’s on you!” – Batman Beyond: Return of the Joker tagline