THIS AIN’T YOUR DADDY’S JUSTICE LEAGUE! This is “A” Justice League… not THE Justice League most of us have come to know. So here we have Frederik Wiedmann’s score for Gods and Monsters, and my review of it along with thoughts on the film.

So…. One of our writers ApolloXL5 has already reviewed JL: Gods and Monsters, you can see is review HERE! I’m in no means taking away from his feelings or thoughts on the film. As anyone who has read my soundtrack reviews for La La Land Records will know… I always comment on the film as it pertains to the music. Honestly it’s my way of reviewing the film with emphasis on the music. Without needing to write two reviews.

ALSO HUGE THANKS TO THE HARD WORK THAT THE WORLD’S FINEST ONLINE DOES WITH SCREENGRABS THE BATMAN, SUPERMAN, WONDER WOMAN IMAGES COME FROM THEIR GALLERY, WHICH YOU CAN FIND HERE!

Frederik Wiedmann has been killing it with his DC Universe Original Animated Movie scores. This one is no exception. The music is epic, yet I have to say this was not my favorite Justice League animated film. I like some of the animation, and the character designs on the nano villains, but the direction in which they tell the story and the characteristics of each character are just a bit strange for me. I get it they are telling somewhat of an ElseWorlds tale. But as someone who has never been exposed to those stories… this missed the mark for my overall enjoyment. I understand this is Bruce Timm finally realizing his dream of making a Justice League that is more dark and sinister. That’s all well and good, but I’m more of a traditional JL fan. When I say traditional I mean the DCAU JL-JLU series stuff. I watched the film all the way through though, and by the end I found it good…. not my favorite, but it was an interesting  take. There are 26 tracks on this single disc release. Track 26 is a bonus track. Let’s get into this music shall we? 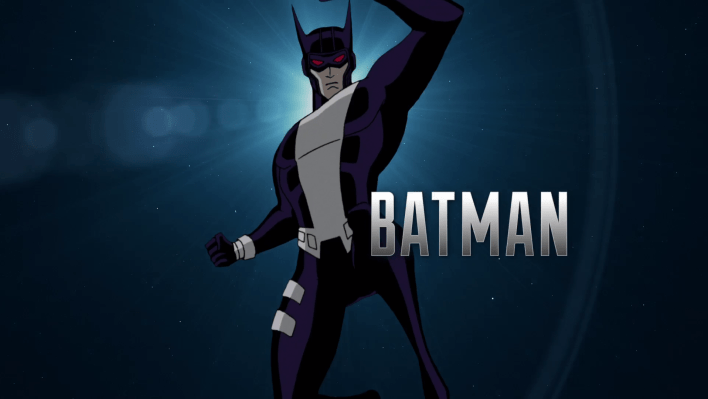 So the opening to this begins with Track 1: “Last Child of Krypton”. A very dark start to the film, but then again this film is darker than most Justice League stories. We see Krypton, and in the music you can hear the hope Jor-El has, only to have Zod take that away instantly. What Wiedmann does with this opening track is make us hear the dire circumstances that face the House of El and Krypton itself. Track 2: “Main Title” is something unlike anything I’ve heard before. A JL theme that is dark and sinister. Most of the other Justice League main themes are upbeat, bright, uplifting, but not this one. Well at least not til the closing seconds of the track.I do like this main theme, it really is different from all the others I enjoy. I’d love to make a playlist of all the Justice League themes and see how they play off each other. Track 3: “Code Black” is something that sounds so very dark, that you can’t even use a flashlight to find your way out of it. The funny thing is that this track is only 1:49 in length. In that time Wiedmann gives us so much emotion. Emotions that stem from a very dark place. I’ve actually listened to this track three times… while writing about it here. It’s just that damn good. While I’m not the biggest fan of this film. Wiedmann’s music for it is exceptional!!! With Track 6: “In Another Life” we have Wonder Woman’s theme here. I love the strings in this and even the slight vocal background. There may not be a vocal background, but it sounds like there is. It sounds like a choir of Angels. Superman, Batman, and Wonder Woman here all have dark pasts. Yet out of all the stories told within the film, and through the music. I find Wonder Woman’s to be the most positive and upbeat. 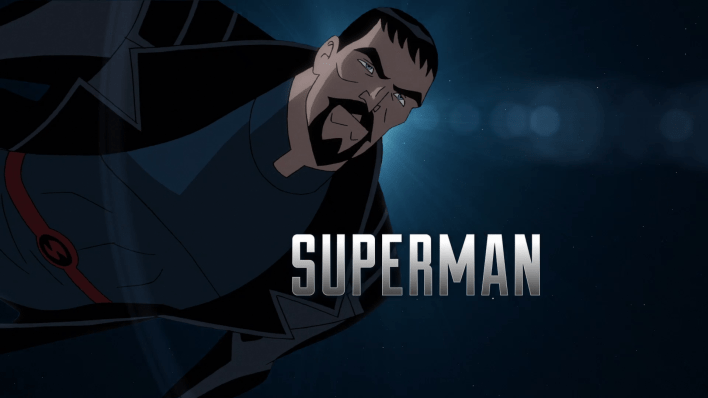 Track 7: “Torn Apart” has notes and tones that really hit me in my stomach. Some of the drum beats in this track feel like you are being gut checked. I’m not at all saying this in a bad way… Even though being gut checked is a bad thing. It just really hits home with home the instruments convey the emotion of the scene. Track 8: “Virtually Impenetrable” starts off kinda bright… it has low tones and a very interesting tone under the instruments. It almost feels like the brightest track of the entire release. Onto Track 9: “No More Disappearing” this is the track during the fight scene. Because the nano monsters use boom tubes, the one Batman faces lets just say the guy disappears every 2 seconds. At the 1:50 mark there’s a bit of electronic sound behind the music… I love that effect that Wiedmann used there. Track 19: “All Minds as One” has a sweet piece of electronica in the very beginning. That’s one thing I’ll say about Frederik Wiedmann on this release he and his team have blended natural instruments and electronic instruments together so well. There are times when you really have to sit back close your eyes and really listen to find the electronic instrumentals. There are also times when you can clearly tell the difference, and when one tone blends into the other…. it’s like melted chocolate onto peanut butter. It’s just so awesome!!! 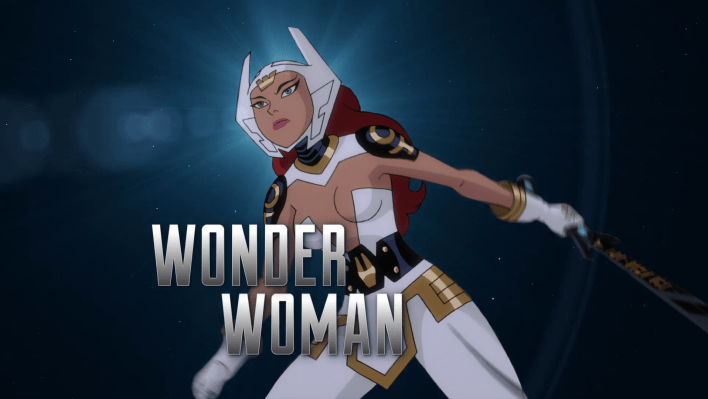 Track 23: “The Core” starts the climax to the end of the film. In this track Wiedmann has put everything into it. I love how any composer can fit so much action packed music into a short amount of time. Wiedmann uses the 1:40 time limit for this track so well. He fills the time with heavy beats and pulse pounding sounds. There has only been one other time in these films where Lex Luthor wasn’t the bad guy. That was in Crisis on Two Earths. Lex in this film is by far a most interesting character. With Track 24: “Be a Real Hero” Wiedmann really gives us a theme for this Superman that we can believe in. And it is all because of Lex believing in him. The end theme is Track 25: “Justice League: Gods and Monsters” After the events of the film this is a JL theme that we can listen to that makes us the viewer of the film believe in this version of the Justice League.

I’ll admit when I was watching the film I was very skeptical on the whole story. As I’ve listened to the music, and thought about how it ties into the film… I do like Gods and Monsters, but it wouldn’t be a film I’d revisit too often. Go out and get the film, watch it, and then listen to Frederik Wiedmann’s score.  You can get this GODLIKE and MONSTROUS score from LA LA Land Records directly! So there ya have it folks. My thoughts on the JL: Gods and Monsters score.

While the film itself isn't something I'd watch again. The score by Frederik Wiedmann was an immense pleasure to hear. If you like a mix of traditional music and electronic music, then this is the score for you.