In anticipation of our Top 100 Animated Character countdown coming later this year I thought what better category to use as my first entry into the Top 10 Tuesday series than a breakdown of a few of the subcategories that may help make up that Top 100. First up in this more in depth look into the world of Animated Characters is a look at what I consider the Top 10 Animated Dads of all-time.

Now before we get to my number 10, here are a few things you may want to consider before you gather your pitchforks and trek out in my direction.

#1: This is about who I consider the BEST DADS in the world of Animation. That should not be confused with the MOST ICONIC Animated Dads, or Most famous or Popular Animated Dads. These guys ACTUALLY had to be GOOD dads first and foremost. You know, like dads who are actually there for their children, who teach them the difference between right and wrong, who instill a strong work ethic and sense of responsibility in their offspring, dads who have a moral compass and are willing to make incredible sacrifices for their loved ones? Yea, these are the type of dads we are looking for, which means you won’t be seeing the likes of Homer Simpson, Peter Griffin, or a lot of the other prime-time/sit-com fathers making appearances anywhere near this listing.

#2: At times I may be a bit liberal with the definition of what makes someone technically qualify as a ‘Dad’ so you’ll have to forgive me for that up front. For example, even though they didn’t make the list one could argue that Thomas O’Malley from the Aristocats, The Man in the Yellow Hat from Curious George, Gru from the Minions and Uncle Scrooge are all acceptable Father figures even though they may not technically be a dad (genetically) to anyone in the stories they are most known for.

The Top 10 Animated Dads of All-Time 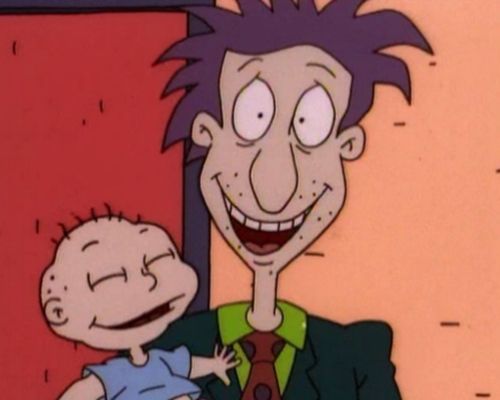 The reason I put Stu Pickles on this list is because to me he represents the ‘every-dad’. He is probably the most relatable dad on the list and doesn’t necessarily have some flashy reason that makes him stand out any more than most other average dads. However, he is a toy inventor, so even though the rugrats may not have enjoyed all his products that still is a pretty cool job for your father to have. Also, you can’t ignore the love and care he shows for his family overall. 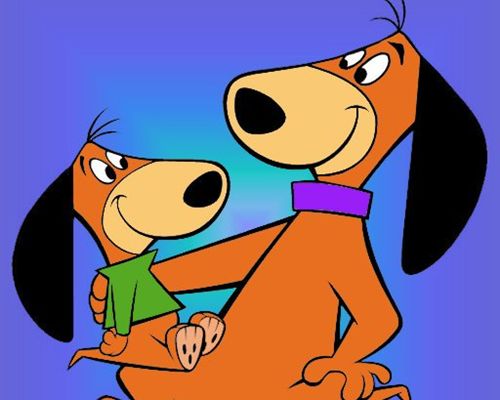 Perhaps the trait that separated Doggie Daddy from the others on the list is the amount of time he dedicates to spending with Augie Doggie. He is definitely in the picture and a major part of his son’s life, which for some reason is a trait seemingly hard to come by in most dad’s these days. He was a strict father but also very warm and caring. He also had a sense of pride about his son which was always evident with his oft used line, “Dat’s my boy who said dat!” 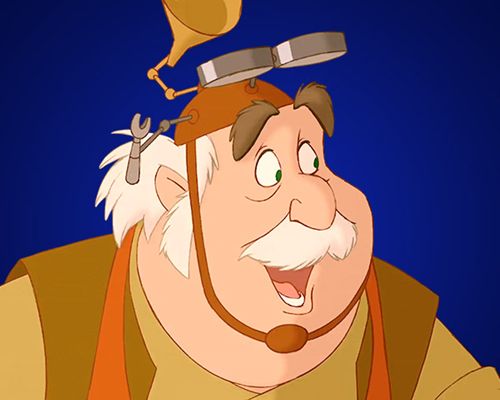 Another inventor to make our list, Maurice from Beauty and the Beast is the first Disney father to make this list. Many times Disney mother’s are either not present or not admirable but the same cannot be said about their fathers. The reason I put Maurice on this list is possibly more by default than by any outward action or traits we see within the film. The fact that Belle is by far the most educated and classy of the Disney Princesses says a lot and I would be foolish to think some of that did not come via the upbringing and influence of her father. 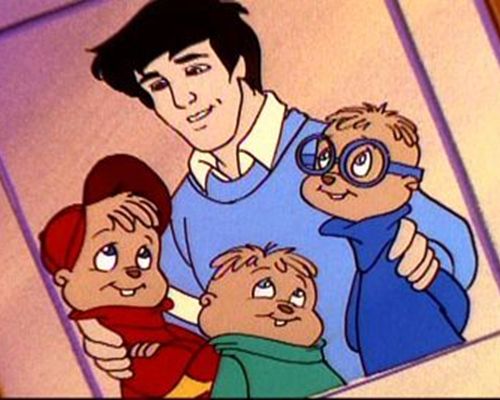 It may be a common thread on this list but I do tend to give a little extra credit to the single dad’s out there and another one of those classic single dad’s is Dave Seville. Granted, as I said in the intro, he may not technically be the chipmunks biological father, but if you count the live-action films as cannon he does officially adopt them at one point. Raising three boys is not the easiest thing in the world while working full-time and running the household. Also, Dave repeatedly is teaching the boys the difference between wrong and right. 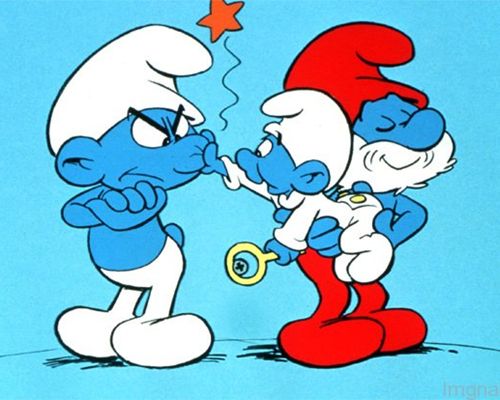 Dave Seville’s challenge in raising three boys is nothing compared to Papa Smurf who was depicted as the father of an entire village. Not only that, but he had to deal with EVERY single personality known to man. I mean you had, Grouchy Smurf, Lazy Smurf, Sloppy Smurf, Scaredy Smurf, Stinky Smurf, Smurf Babies, not to mention the fact that he had to keep this village at bay and behaving chivalrous with only one female existing within their population. His freaking name is Papa Smurf, enough said! 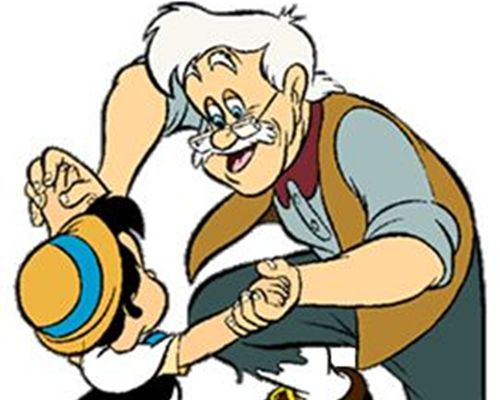 One of the traits that hasn’t come up yet in my descriptions of the other fathers so far is the degree of LOVE a father can have for his child. Geppetto had so much love for Pinocchio that he literally willed him, or should I say wished him, to life. He’s also the third inventor/toy maker to appear on the list, so I guess I must be giving some extra love to dad’s who have a kid’s dream job. He also nearly sacrificed his life during his search for his lost ‘son’. 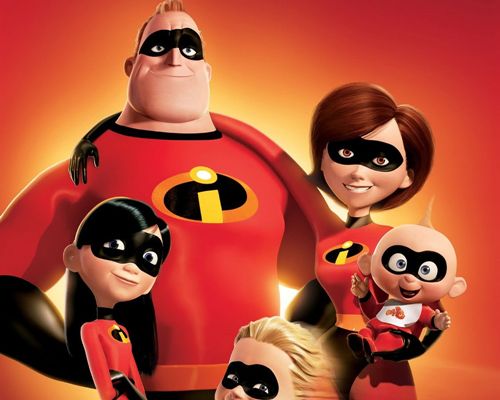 The man is a super-hero who raised his kids to be super-heroes. Do I really need to expand any further here? 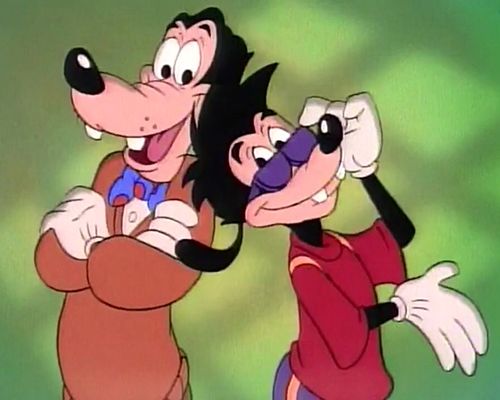 Goofy Goof is an ‘every-dad’ in many of the ways that Stu Pickles is however I elevated him even further up the list due to the sheer passion and love Goofy displays for his son Max. It doesn’t matter what situation is thrown at Goof or how terrible his best laid plans are executed, the number one motivation for all of his actions is to provide a better life for his son. His moral compass is outstanding and a great example for his child and he goes above and beyond to teach him the difference between right and wrong as well as being responsible for his actions. 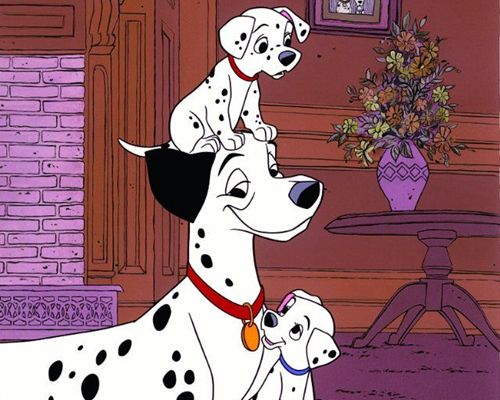 In the same vein as Papa Smurf, Pongo definitely had his hands full as a parent. The main difference here is that Pongo is in fact the biological father to his 101 children. The most impressive part about Pongo as a dad is his ability to never let a single of his offspring go unnoticed or be neglected in anyway. Any parent who is able to show the amount of attention, multi-tasking and love that Pongo does, is definitely deserving of being at the top of any list about Animated Dads. 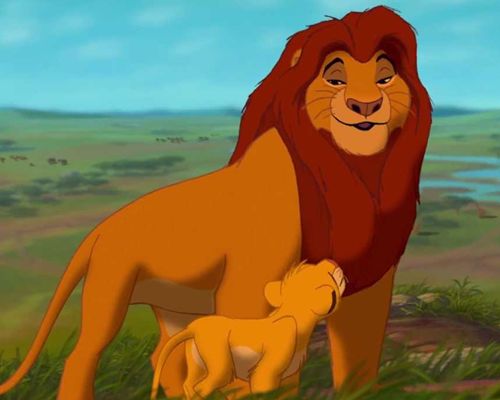 So, how do you beat Pongo or for that matter any of the others mentioned so far? It’s pretty simple, not only do you hand down the ability for your son to be a King, but you pay the ultimate sacrifice and give your life for your son. I can’t think of anything that shows a father’s love for his son to a greater degree than that. At the same time, in the limited amount of time that we do see Mufasa with Simba he is constantly teaching and molding his son into the man he would become. So, there you have it, The Top 10 Animated Dad’s of all-time. What did I get right? What did I get wrong? Do you agree with my #1? Sound off in the comments section below and let me know what you thought of my first entry into our new Top 10 Tuesday series!

James (Princess and the Frog)

Hank Hill (King of the Hill)