In celebration of our Top 100 Animated Character countdown currently being released at GeekCast Radio Network I thought it would be fitting to breakdown a subcategory that may not get the representation it deserves within the Top 100, Animated Females. I wanted to take this opportunity to shine a little brighter of a light on what I feel are the, Top 10 Animated Females of all-time.

The Top 10 Animated Females of All-Time 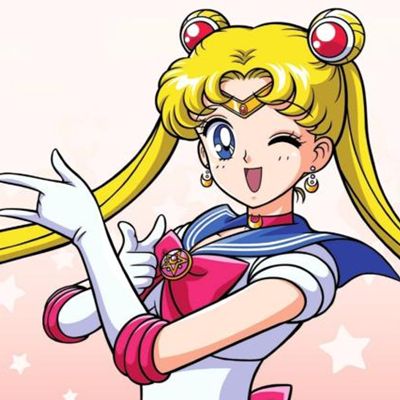 While personally I’m not an expert on Sailor Moon in any way, shape or form, I think it would be foolish to leave such an iconic character off of this list. Not only has Sailor moon been a defining character for a generation of young girls but also for an entire culture. A few characters probably made their way onto this countdown because of their ability to show females in a powerful light but what makes Sailor Moon special is the face that the character shows both carefree, innocent, and cheerful traits as well as the ability to be strong, serious, and mature. Perhaps if I knew more about the show and the character she would have outranked the other ‘powerful’ figures that are still to come. 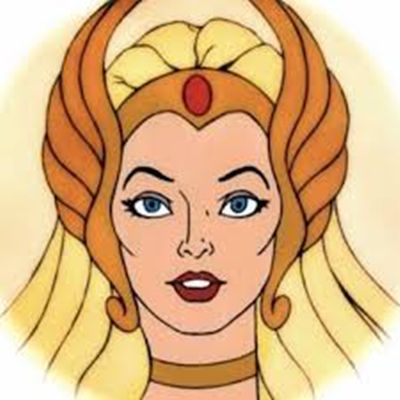 Speaking of powerful females…regardless of if you are a fan of 80s action cartoons or not it would be silly to ignore what She-Ra represented for a generation of young girls. The perfect balance of grace and power, She-Ra gave us a powerful female cartoon figure that some of us had not seen for ages if not ever. She was more than just brawn though as episode by episode she taught us important lessons not only about our childhood but about life in general. 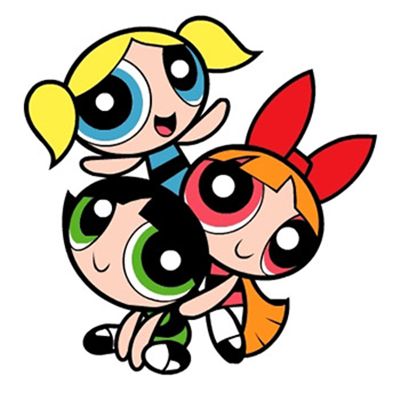 Another entry that I admittedly am not well versed in but again cannot ignore the impact of. What the Powerpuff girls has going for them is the fact that there are three characters that show a diverse group of characteristics that will allow every audience member to relate in differing ways. On the surface you may have related to them because you two were the cute one, the smart one or the tough one. When you dig a little deeper though, there are so many other traits you may see in yourself as well (innocence, playfulness, gentleness, naivety, ditzy, submissive, timid, sensitive, level-headed, composed, strong, determined, fussy, overbearing, vain, overly analytical, fearless, loyal, quick-witted, willing to fight, selfish, materialistic). It’s not hard seeing why these characters were relevant for so many individuals. 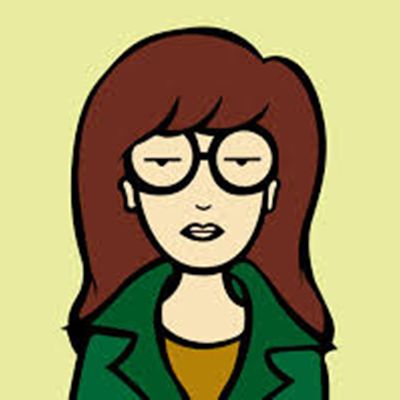 Daria represents an entirely different female character than those already listed. She represents for girls another time and place altogether. Perhaps you could see her as the coming of age character or the angst-filled cartoon character dealing with real life issues. She represented the idea that smart, plain and sometimes overly sarcastic/pessimistic characters were not ones to be ignores, shunned or brushed over. Screw the mold that the media says a female has to be in life to have success, Daria instead dared all girls to be different and most importantly to be themselves. 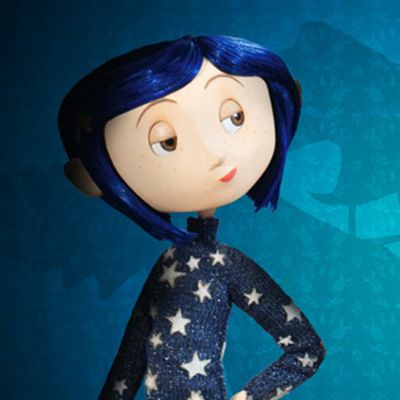 Some traits that have not come up thus far in my explanations that give Coraline credence to be included on this list include, adventuresome, curious and resourceful. Coraline in many ways is quite the opposite of what we discussed in our last selection but still very much a character that a certain age should be able to relate to. There’s something special about a character that dares us to follow our instincts and to bot be restrained but jaded adults or societies restrictions. 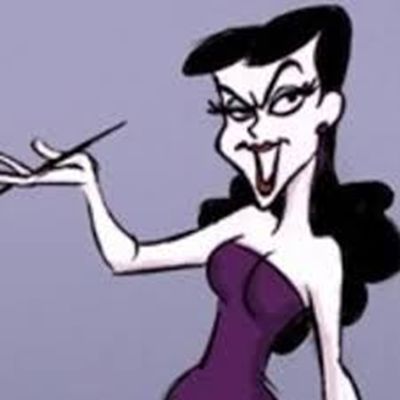 I wanted to include a female villain somewhere on this list and Natasha is the one who rose above all the rest. Perhaps in the same way as I view Dick Dastardly as the model for so many Male villains that came after, I see Natasha doing the same for the fictional world of female villains. Her mysterious background, her seductress physicality, her underlying intelligence and willingness to be evil are all traits that have been so many times repeated throughout time. I’m not saying this didn’t exist prior to her, but she definitely cemented this archetype in the early days of animation. 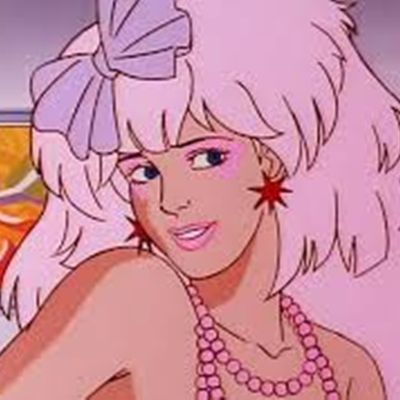 While many of the character mentioned above represent strong or powerful females none of them bring out the rock star aspect quite like Jem. However, that is not why she makes this countdown. Sure, she is a rock star that can speak to so many girls who have dreams of being rich, famous or successful some day. To that effect she can represent going for your dreams and not being afraid of failure etc. It’s the other side of Jem though that lands her on this countdown. Jerrica Benton is a successful businesswoman who not only owns her own company but is also a philanthropist. To say she’s not an inspiration and a positive role model within the cartoon world would be ludicrous. Seriously, how many female cartoon characters can you name that can fit that mold? 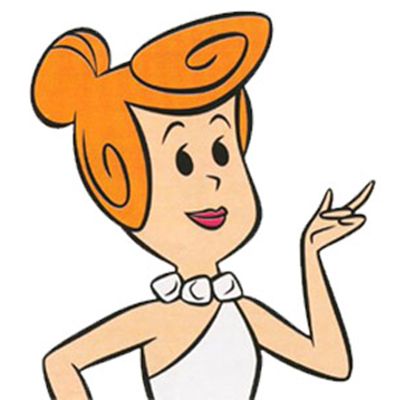 Some people may look at this entry and turn up their nose to the inclusion of someone who in many ways fits more of the traditional stereotype of what society viewed women as for decades. However, that shows an inability for you to place yourself back in the time in which the Flintstones was originally airing. Wilma Flintstone absolutely does represent a Mother and a Wife, which is something that needs to be modeled and represented in a list like this. However, she also represents many progressive ideas that should be applauded. She was not only strong and intelligent but also a character that would not just recognize and call-out typical male idiocy but she would also take action and actually do something about it. Wilma Flintstone should be talked about way more than she is these days and deserves much more investigation when it comes to the history of females as depicted in cartoons. 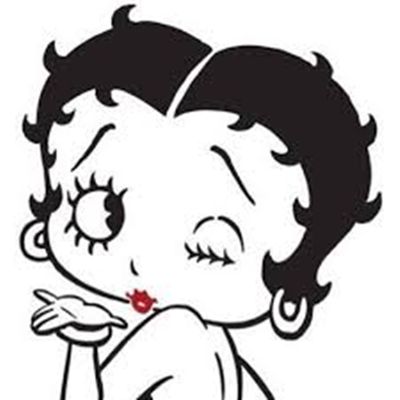 Granted a lot of people these days probably have never actually watched or been exposed to Betty Boop cartoons but Betty Boop is easily one of the most iconic female characters of all-time. This cannot be argued. Like a few other classic characters though it may be hard for some to realize how important of a character she was. You have to remove yourself from today’s world and take a trip down memory lane to truly appreciate what Betty Boop represented. Betty Boop is much more than just a sex symbol as many have seen her throughout time. She was also a character that broke all of the molds and spit in the face of all of the ‘old ways’ that women were traditionally stereotyped. Call her a cartoon rebel if you’d like but Betty Boop remains one of the most important animated female characters to ever be created.

#1: The Women of  Hayao Miyazaki 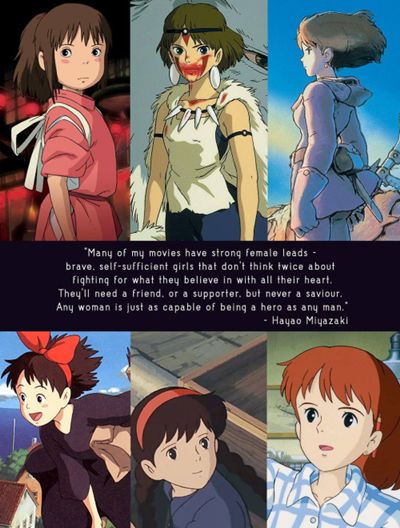 Perhaps, it’s cheating but I can’t help but group these ladies together for the sake of this list. If I separated them they would dominate the entire countdown as well as not allow me the capability of highlighting Miyazaki in the way he deserves. No on in our lifetimes has done more for the female cartoon character than Hayao Miyazaki. If you haven’t seen his films, please make it a point to in the next year. You won’t regret it. We are only half-way through our Miyazaki spotlight on the Cinema Geeks podcast and yet I already feel confident placing this grouping atop this list. Just pick any of his films and you are bound to come across at least 1 if not a handful of worthy, complex female characters from a variety of different backgrounds. What makes his characters so special and warranting this number one spot though? Read the quote from the image above and let the creator tell you himself.

Belle (Beauty and the Beast)