Here at GCRN we surely do love our lists. This love has inspired us to craft our annual Top 100 countdowns as well as our new project Top 10 Tuesdays. Each Tuesday a member of the GCRN family will be publishing a personal Top 10 on a topic of their choosing. These lists will be solely based on the author’s personal opinion. We hope to cover a variety of topics and spark some healthy debate. For this week Steve Megatron will be counting down the Top 10 Animated Villains.

When I decided to add my hat to this list I was seriously racking my brain. More due to the fact I love a lot of comic related villains and tend to gravitate towards comics. Being free from these shackles I have managed to come up with my Top 10 Animated Villains. Many are encompassing names that have been in multiple iterations of their particular franchises and others are a one off but powerful. I tried to NOT choose from animated films due to the fact that they don’t get as much exposure and evolution in their film. Many of these 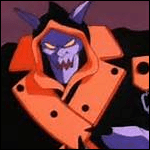 Dark Kat is another one who is dark and menacing but not to the degree of one to come down the list. He is however one of the main architects and large villains to attack T-Bone and Razor. Dark Kat is voiced by Brock Peters and just like Might Max’s villain he has a Frank Welker Competitor villain to compliment him against the heroes. 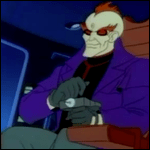 This character is voiced by Tim Curry and has a interesting villain who is interested in The Mask and his power. Wanting this for himself he constantly is figuring out how to attack Stanley. He is a robotic Doctor who has the spider legs attached to a robotic body. He does succeed at one point getting the Mask however. This is but one of Rob Paulsen vs Tim Curry hero and villain complexes. 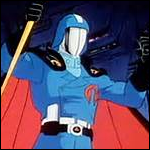 Cobra Commander has been a focal villain in all GI Joe Incarnations other than Extreme and Screaming Eagles but in each incarnation he is slightly altered. Some iterations such as the 80’s and 90’s he’s a bit hokey but with each newer incarnation comes a different origin and darker tones making him more sinister but he’s been one of the staples of villains for decades. Plus Chris Latta. :) 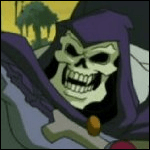 Skeletor is another 80’s icon who keeps returning into the spotlight with newer versions of He-Man being released on occasion. He was another villain who started more slapstick incompetent and grew out more with the 2003 series making him have a better back story and showing what he can truly do. 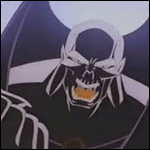 Skullmaster being from Mighty Max is probably one of the freakiest looking characters here. Also being voiced by the incredible Tim Curry makes him even more menacing as he yells at the cap bearer voiced by Rob Paulsen. This show is usually forgotten but for the battle that starts and ends with this character throughout the seasons it makes him a force to be reckoned with. 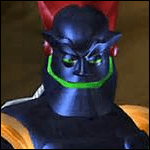 Megabyte of ReBoot is notable as he being voiced by Tony Jay who plays Virgil in Might Max makes a convincing villain here. Much like a Beast Wars Megatron in tone he is closer to a mob boss than tyrant. He can be civil with the heroes but he is ultimately looking to take over the Grid and rule it. Between playing to people’s emotions or being conniving Megabyte is a force to be reckoned with in this show and I look forward to the new ReBoot series to see whether he makes his return or not. 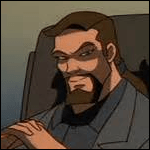 Although just a mere man, Xanatos is the original villain or anti-hero of Gargoyles. He starts with his own fascination of the myth and later tries to own them. Scheming and eventually villain he does have a complicated story throughout the series which makes him hard to read. He’s voiced by Jonathon Frakes who plays Riker in Star Trek The Next Generation. 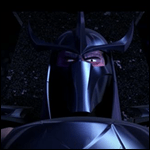 The Shredder whether watching the 80’s cartoon, 2003 or the 2012 is a royal pain in the shell for the Turtles. His original version started rather ruthless and became a bumbling fool in the 80’s, further regaining the harsh nature in the 2003 and still to this date in the 2012 show. A master ninja only matched by the skills of Master Splinter his schemes and plans may backfire but they almost always have a cost for the Turtle brothers. 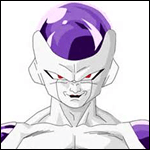 Frieza is by far one of the most difficult, longest sagas and longest battles of Dragon Ball Z history. He is the most notable villain to cross their paths and is the cause of the Super Saiyan Goku entering the show. He has four forms and eventually is sliced, turned cyborg, killed, resurrected, gains a 5th form, and finally killed again. But in any case this villain is by far the one to not underestimate. 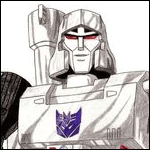 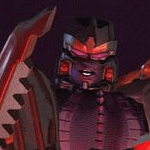 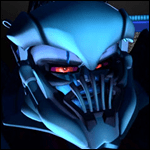 Why did I put 3 Megatron’s as my number 1? Well it has more to do with the name and legacy it sets forth into future incarnations. In addition Transformers and Megatron seem to be as sinonimous as Optimus Prime. They are in every incarmation and are the leads and in some cases get replaced in a series but always return at some point. The original has that style, the voice and the originality that started it all. These three are by far my favorites to date but in Beast Wars and Beast Machines as with most incarnations, Megatron gets taken up a few notches. This new Megatron includes more ruthless, tyrant, evil with a side of humor which is later removed. If any Megatron deserves this list it is Beast Machines due to the fact he returned to Cybertron after finishing the Original’s mission, and winning that war ultimately. Upon his return a virus he created on Earth allowed him to wipe out the entire planet of Cybertron when the Maximals returned from the Beast Wars and ended with Optimus and Megatron with a fight to the death.

As you can see there are a great multitude of villains and yes some are from the 80’s and 90’s and a few in newer incarnations for the 2000’s but the majority of these lead back to the old days and still hold strong. So who would your Top 10 be? 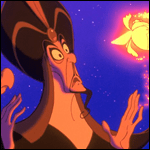 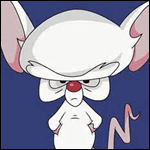 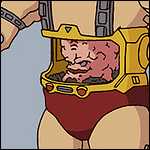