Discover a Moving Story About Love, Freedom, and the Fight for Both in August 2021 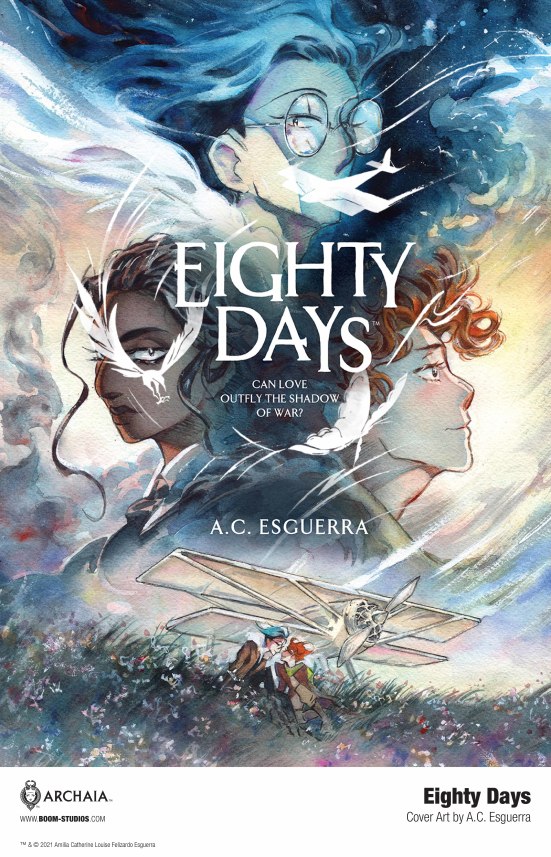 Jay wants nothing more than to fly. Or so he thinks, until he crosses paths with a mysterious thief named Fix whose tricks and charms draw him into the struggle against the looming aviation guild to which Jay owes his very being. As Jay becomes further entangled in the turbulence of Fix’s cause, each man must learn to navigate shifting allegiances, the fight for freedom, and the greatest adventure of all — love.

A.C. Esguerra is a comics author, artist and freelance illustrator based in Los Angeles. Esguerra has done work for BOOM! Studios, Northwest Press, and Baum-kuchen Studio. In 2016, they received the PRISM Comics Queer Press Grant Award. You can find them on Twitter, Instagram and Patreon @blueludebar.

“After seven long ink-spattered years, I’m beyond excited to have brought the historical romance epic of my dreams to life. It’s a whirlwind of high-flying adventure, noir-flavored pursuit, knife’s edge revolution and enduring, queer love and friendship that I hope resonates with readers of all kinds,” said Esguerra.

“A.C.’s virtuosic lines sweep through every panel and page in this deeply moving story of friendship and enduring love,” said Sierra Hahn, Executive Editor, BOOM! Studios. “If you’re  hungry for more romance in comics that feels grown up and profoundly relatable, with a   fantastical yet grounded setting, EIGHTY DAYS will meet every desire and exceed all expectations.”

Print copies of EIGHTY DAYS will be available for sale in August 2021 at local comic book shops (use comicshoplocator.com to find the nearest one), bookstores, or at the BOOM! Studios webstore. Digital copies can be purchased from content providers, including comiXology, iBooks, Google Play, and Madefire.

For continuing news on EIGHTY DAYS and more from BOOM! Studios, stay tuned to www.boom-studios.com and follow @boomstudios on Twitter. 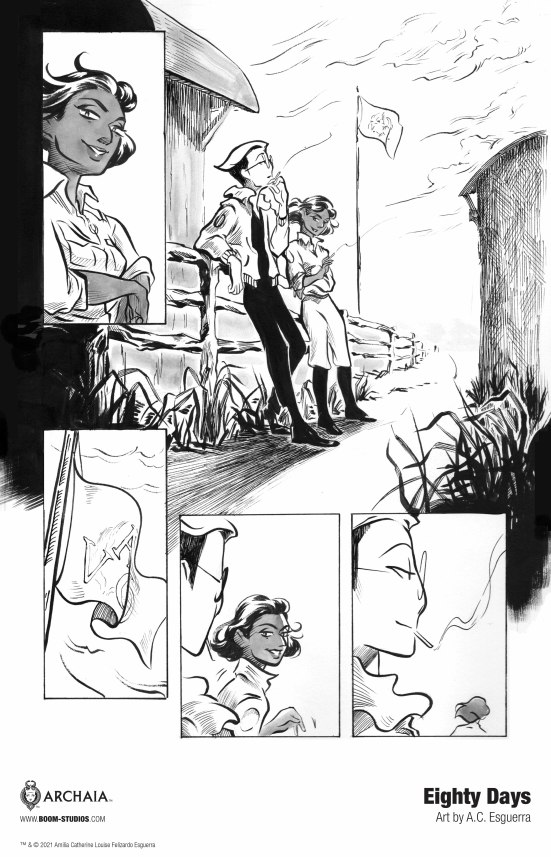 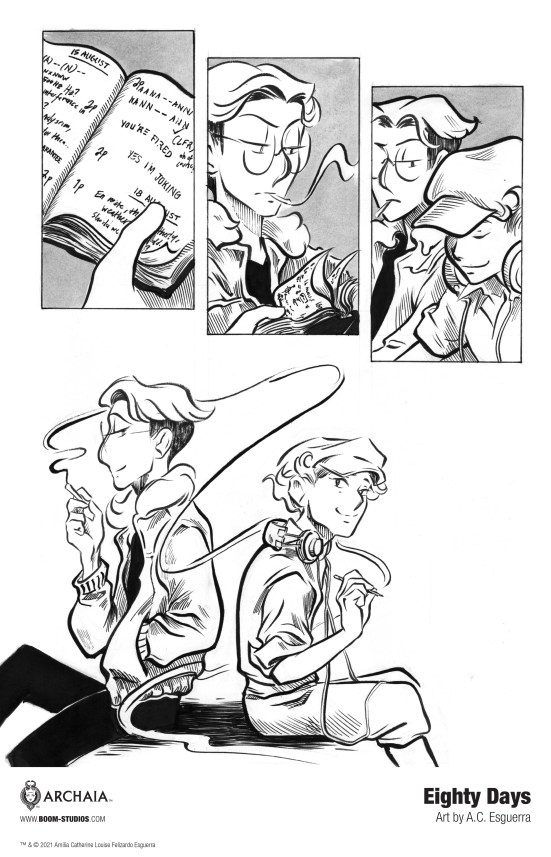 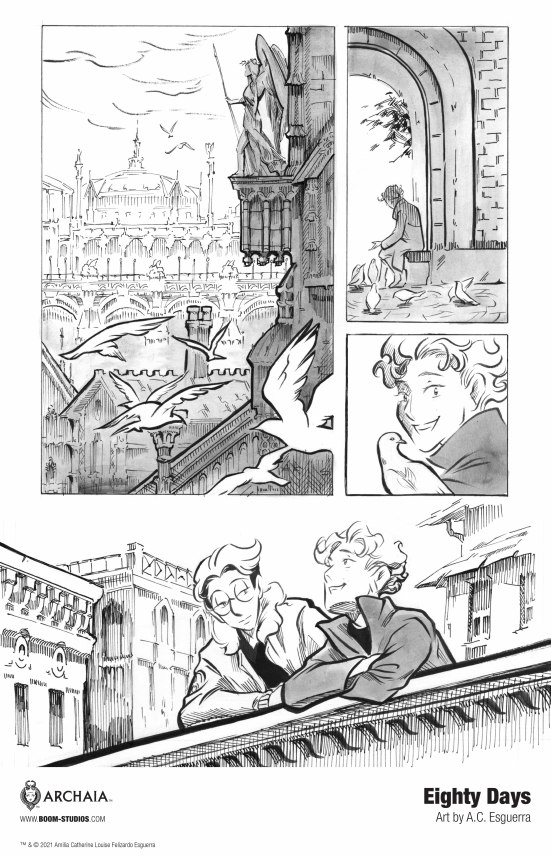 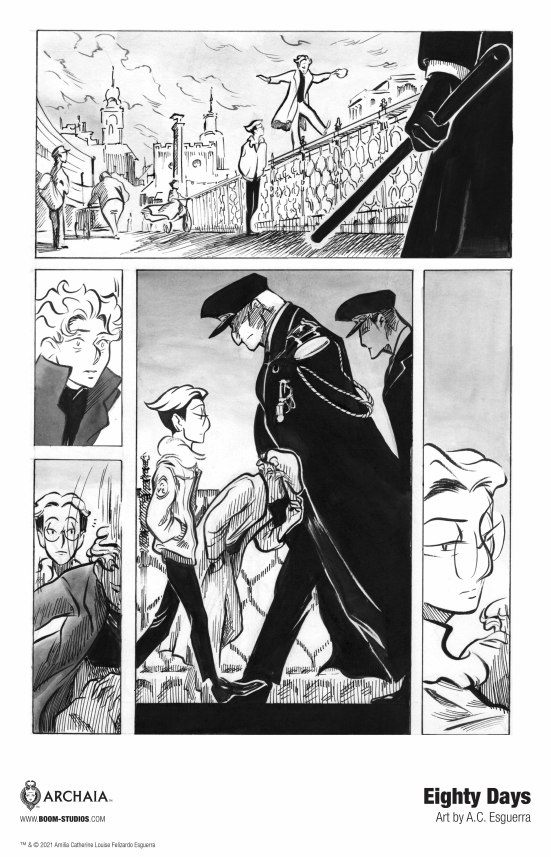 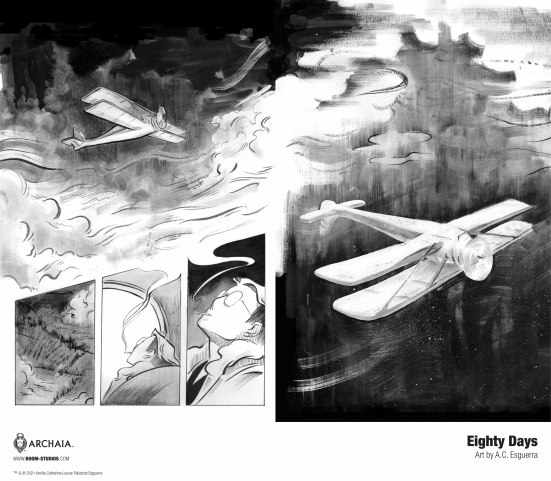 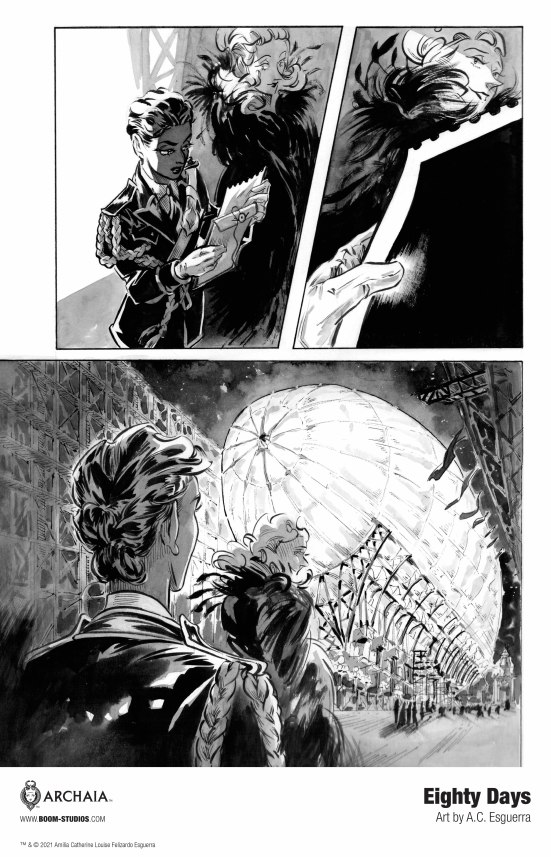 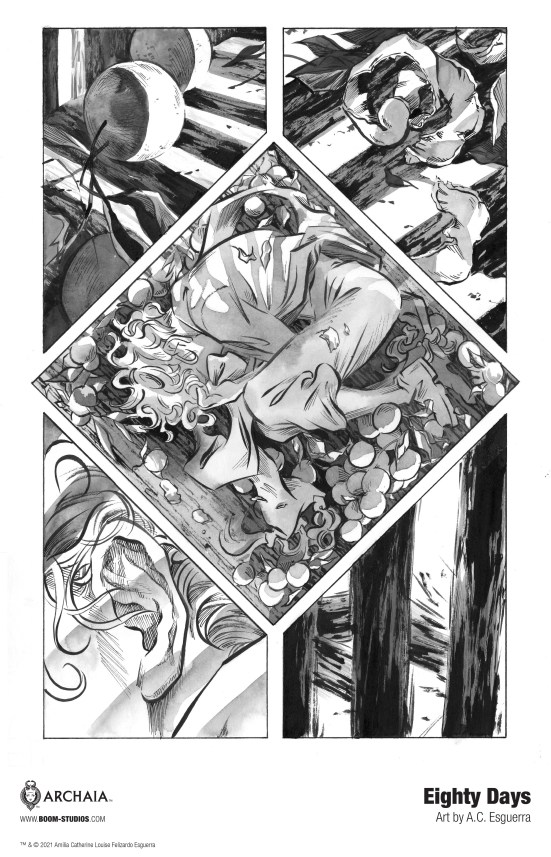