Welcome, this the Best Covers of the week. Where I rundown my choices for the best covers hitting shops this week. 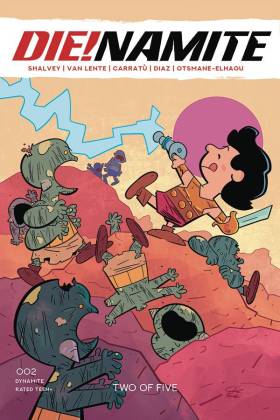 Marvel often gets a lot of shade for the number of variant covers they have for their books but Dynmiate is not far behind. Honestly, they are more guilty of it has anyone. I have no issue with it as long as there is some variety. Often it’s the same idea repeated just with more or less blood. That is why this cover stood out. Most of the other covers are far more adult or matured themed even when they do include a bit of humor. Here you have a fun homage to classic Peanuts. This may not set the right tone for the issue you are about to read, but I at least appreciate the effort of expanding beyond the norm. 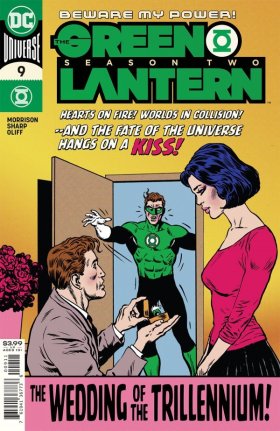 Not everything regarding the current run of Green Lantern has been working for me, but I will always appreciate the commitment from these creators. Case and point this cover. This series has had a multitude of different art styles within its pages and on the covers as well. Now seeing they are going full retro I am intrigued by what they are doing. Recently it has been very 90’s centric, and now we are going even further back. Also, appreciate that this is not just homaging the same type of covers we have seen time and time again. 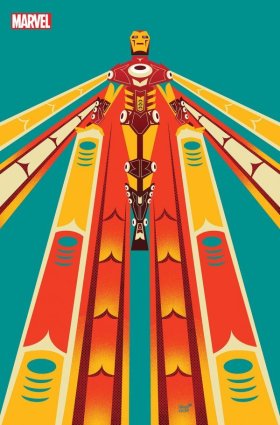 Last week saw the debut of the covers designed to honor Indigenous History. Jeffrey Veregge is finding some creative ways to take Marvel lore and mesh it with such a rich historical culture. Iron Man seems like he is forming a type of Native American headdress with a beautiful array of feathers. Looking at this cover I am hoping we could get an entire comic series in this style. Obviously, it is very easy for me to say because I could imagine how challenging it would be to get something like that done. I would be there for it if it ever happened either way. 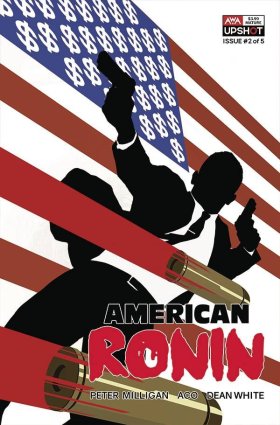 Two issues into its run and American Ronin is becoming one of those books I am excited about for the covers alone. The content of the first issue was solid as well, but the covers have been on another level. I choose the variant cover for this week although the main cover is worth a mention. A great design like this can allow you to get away with a lack of detail.  Clearly, there is a bit of James Bond’s influence as this could easily be a still of one of the better opening title sequences. There is a lot of life to this image. The silhouette matched with the extensive use of white makes it stand out. 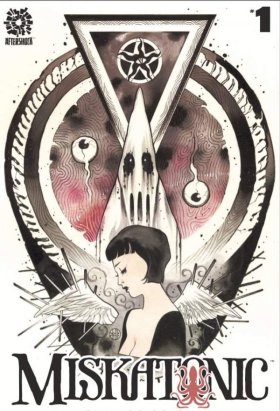 Sometimes you wonder if something is happening more or if you are just noticing it more. I mentioned that because with this cover for Miskatonic #1 I was taken back by the use of symbology, and there have been a number of covers in recent weeks that have delved into a similar art style. I guess stories about cults and secret societies are very much in the zeitgeist of current culture. Eyes are a key element that stands out with this cover along with what looks to be a morphed version of a Ku Klux Klan hood. Storywise I get the idea that this comic will be showing how ancient religions relate to a more current social climate. So these are not just random images thrown together. There is a story here worth exploring. 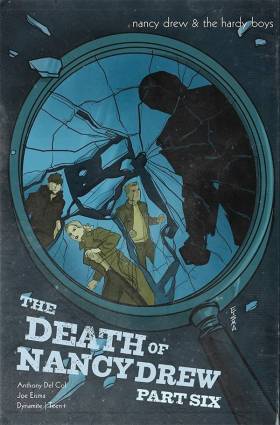 Nancy Drew and the Hardy Boys: The Death of Nancy Drew #6

Not to take anything away from this series but books like Nancy Drew and the Hardy Boys: The Death of Nancy Drew tell me that in our current state if anything has a bit of name recognition it will exist in one form or another. Taking these known properties and modernizing them can lead to great things. Why I chose this cover is due to how it takes that classic detective symbol of the magnifying glass and uses it to tell a story. How those cracks represent the separation these characters are currently facing. Their division is growing as they dive deeper into this mystery. 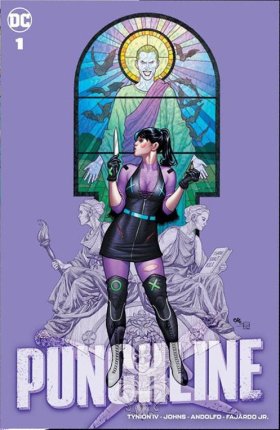 So Punchline wins this week’s award for the most variant covers. DC really wants this character to be a big thing. I can get why. The more marque characters you have the healthier you are as a company. Many of the other variants just took classic imagery you would associate with Harley Quinn and replaced her with Punchline. While I understand the thought process behind those it also limits her as a character. If that is the norm she will never be her own person just a new version of something we have already seen for decades now. That is why this cover stood out. Frank Cho did not just rehash what was done before. Instead, he shows that with Punchline her obsession with Joker is a bit different. Not one of romance but of devout loyalty. IF DC wants Punchline to be a character that makes an impact they need to focus more on what makes her different and less on what makes her the same. 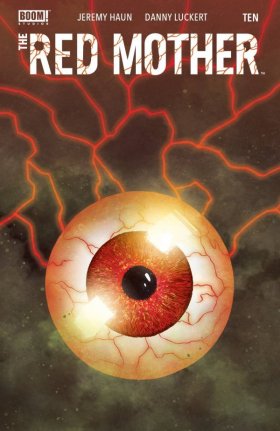 Eyes freak me out. I do not know why but something about them sends chills. Eye injuries? I just run away as fast as possible. Just look at this cover. An eye is like an alien spaceship that has landed on our face and we just accept it. How is there not some sort of conspiracy theory regarding eyes?(Not that the world needs more conspiracy theories)Those reading this series will also know the eye motif has been a big part of the book since the beginning. With the story progressing and more answers coming much of the facade is being removed. Now we are looking straight into the Red Mother and the power she or it holds. Based on this cover it appears we are moving closer and closer to the truth behind Red Mother. 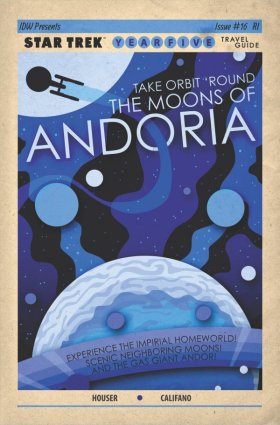 I enjoy covers that look like they could exist as a product in the universe they are depicting. Looking at this cover you may not get a major sense of what the story is about, but you do get an idea of what the world is like for everyday people. My knowledge of Star Trek is limited but I do not remember many times seeing space travel depicted as something someone would do on a major vacation. This looks like a poster you might see on a restaurant wall located on Earth. One that promises that even everyday folks can follow the Federation into the final frontier. This looks as if someone took a movie prop and decided to use it as a variant cover. 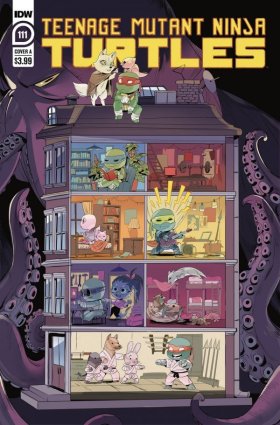 I doubt this was planned but this covers works as good counterprogramming to the current major Teenage Mutant Ninja Turtle release The Last Ronin. With that being more dark and mature this shows that Turtles can still be okay for kids as well. Although, this series is not really a kid’s book so maybe this cover is a bit deceiving. Still, this dollhouse design is inherently a lot of fun. The massive squid creature does leave a bit of an ominous feeling, which helps even everything out. Plus you get a good sense of each major character as we see this snapshot into their everyday life. Michelangelo is in fact a party dude. 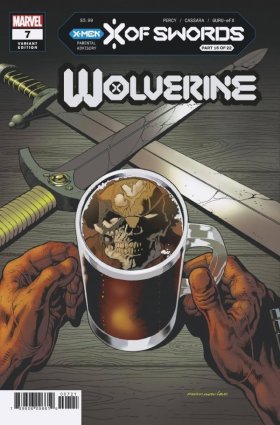 We have all been there, right? Where you look deeply into the drink in front of you to complicate your current life situation. Of course, when you are Wolverine you get the extra staple of your head looking like a giant skull. With his healing factor, you never know if this is meant to be symbolic or literal. In all seriousness, Wolverine has to be near the top of the list of characters that have appeared on covers. On those occasions, you tend to see the same type of imagery over and over. This does not include any of those common tropes. Plus it adds a connection to the X of Swords crossover without feeling overtly forced.