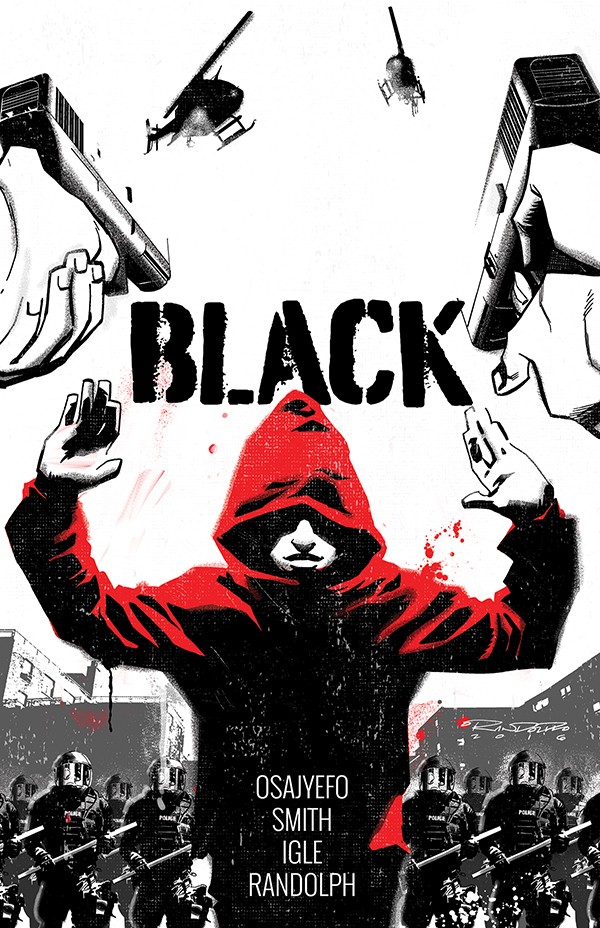 A lot can be lost in the noise when you have a comic like Black. Before the book even debuted on the shelves a lot on controversy was stirred up solely based on the premise. For those unaware the concept of Black is a world where only black people have super powers.  The cover of an African American teen with wearing a hoodie with his hands in the air is itself a proactive image. Ultimately having a comic book with pointed commentary on vital social issues is not only good it is needed. Still having something to say is all well in good but if the story is not any good that message’s power is diminished. So far Black #1 has promise but it will need to do more if it wants its message to have its premium impact.

The story opens with a NYPD Officer Ellen Waters being interviewed over what when wrong in a recent police shooting. Right away we see discussion over a story we see far too often see. This time though there is something more. One of the teens who was wrongfully murdered woke up and fled police custody. Now the police are scrambling to find him and understand what exactly happened.

Kareen Jenkins is said teen who begins his day as any other. Walking home after a basketball game he and his friends are mistaken for burglars who recently committed armed robbery. When police stop them confusion occurs and tempers flare. In the chaos shots are fired by the police killing the three boys. 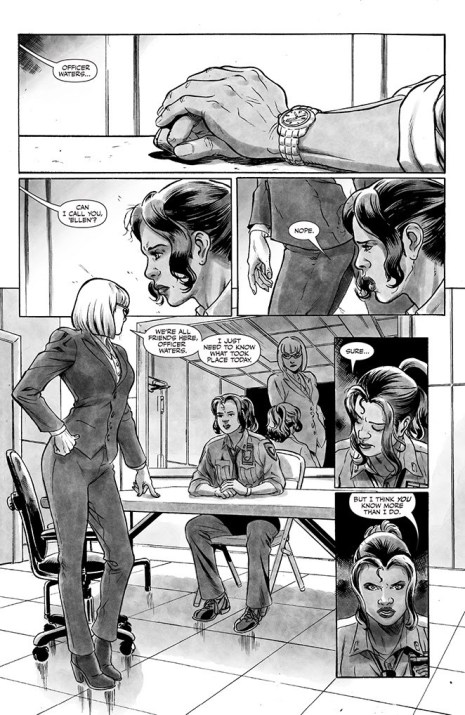 Undoubtedly the plot description will raise many an angry eyebrow or two or a few hundred thousand. Many will focus on that moment, but what should standout is the observation that happens before. How much of what occurred was due to a lack of community policing and the way witnesses are identified. The line of how the police know the places but not the faces is especially poignant.

For the most part that is the biggest political point this issue makes. Most of this issue was designed simply to bring us into this new world. I understand not wanting to bog down your first issue with thematic exploration, but my bigger problem was how standard the overall story was. Outside of the premise and the cover not much of this issue stands out a great deal.

When Kareen Jenkins awakes he is frightened and confused. He jumps out of the ambulance while it is on the highway and flees into an abandoned building.  In that building he encounters a mysterious man who informs him of the new world he is about to enter. He teleports him out of the building as the police are closing in on his location.

Right away this feels a great deal like other Science Fiction such as The Matrix as we have a young man being brought into this underground world he never knew existed. Instead of the Matrix their hideaway is given the nickname The Projects, and it too appears not to have to abide by the rules of physical, time, or space. In a rather abrasive way (being pushed off a building and surviving without pain or injury) Kareen discovers he is among a special group of individuals that have special powers. 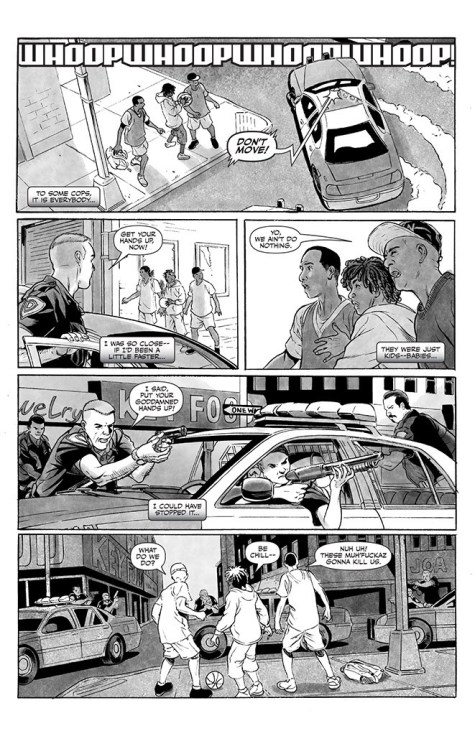 As a character Kareen is barely more than a wallflower in this issue. Outside knowing he is fine with commenting on women’s looks in a demeaning fashion we do not know much more about him. Why I understand him using him as a surrogate for the audience there comes a point and time when you have to give readers the insurance this character is strong  to base an entire comic book after. Giving him an ounce of personality would have made this issue a lot stronger.

Personality was a key element missing. On the peripheral  you have a great deal of intriguing ideas, but the inside was surprisingly stale at time. As stated the premise of this book is only black people have powers but when that aspect is reveled it is so polluted with science babble and exposition it loses its punch. If someone was to read this not knowing anything about it I could easily see them missing that element of the story. Artist Jamal Igle’s draws a number of characters that look intriguing but writer Kwanza Osajyefo does not back up those designs with strong introductory character traits.

If anything this seems more like a zero issue that is simply design to wet the appetite for the man course. Despite my issues I am extremely interested in continuing with this series. There is a foundation here to build a great comic upon. Great stories tend to be the most personal ones and it is evident there is a personal stake within these pages.  If writer Kwanza Osajyefo can expand upon  that he will have a comic well deserving of even more attention.