Although I have not read a lot of classic Iron Man comics I did grow up a big fan of the character. During the 90’s I remember waking up early on Sunday mornings prior to going to church in order to watch The Marvel Action Hour. Not only was it my first introduction to Iron Man and Fantastic Four, but it was also my first exposure to this strange energetic man named Stan Lee.

That cartoon also impacted my first love at the time which were action figures. I collected so many of the Iron Man figures and still have many to this day. On one specific birthday my school was closed due to snow and when the roads cleared  my mom took me to the mall where I went into KB Toys to pick out a birthday present. I ended up choosing Hulk Busting Iron Man and it remains one of my all time favorite figures.

Despite loving the cartoon and figures the comics never really interested me. That was until Warren Ellis run on the character as I extremely enjoyed the Extremis storyline. Once that story hit I got really into the character. I also adored Matt Fraction’s Invincible Iron Man run. For me that was the last time the character was truly great.

So at this point I have very little experience with Iron Man’s stories prior to the 2000’s.  I have picked up a few runs here and there from the 90’s but much of his early runs have eluded me to this point. With that in mind I went back to read this story as it has been ranked among many Iron Man and Doctor Doom fans as one of their favorites.

In today’s comic book landscape when there is a story of this nature that involves two of the company’s biggest characters rarely is it compacted to only a few issues. The story would take place over a few months with a number of tie-in issues and miniseries. Here it was quick and economical with not much lead-in or aftermath.

This is the type of story that demonstrates the creative platform of comics. How you can tell certain stories within the confides of a comic issue that would not work in film, TV show, or any other visual medium. There is a certain creative freedom comics allow that make what should be absolutely ridiculous such an endearing story.

In the story Doctor Doom and Iron Man get forced through the space time continuum and end up in the age of King Author and his knights. It is like being a kid pulling out some a group of random toys and suddenly the G.I. Joe are teaming up with the Ninja Turtles to fight off the combined forces of the evil Care Bears lead by the insidious Teddy Ruxpin. As someone who enjoys when Marvel brings in classic literary characters like Dracula this imaginative idea works well for me.

Marvel has long taken mythical characters and placed them within the Marvel Universe. The most obvious being character like Thor, who some people sadly may not even realize he was not a character created by Marvel. I assume it is the same people who did not realize Titanic was based on a actual historic event. 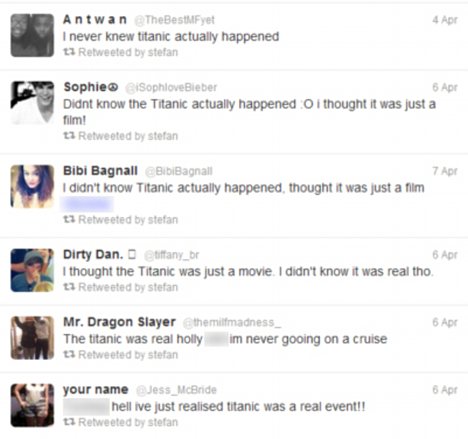 Reading this you can also see how much more powerful Iron Man has become as a character. Here he is outmatched not only by Doctor Doom but some of his mid-level henchmen. In one of the opening skirmishes he is taken out by a couple of Doom’s henchmen in a glorified tank. Today Iron Man is going up against galactic power beings without a fuss. Amazing what can happen when Robert Downey Jr. plays you in a movie.

Not only has Iron Man’s power level changed a great deal so has his personality. if you are someone who has only had exposure to the character since the 2008 film you may be surprised by how different he acts compared to today’s more snarky version. Clearly since Robert Downey Jr. took the role his take on the character shifted how comic writers treat his personality.

In this it is not as if Tony Stark is a Steve Rogers like boy scout in a metal suit, although there are many similarities. At one point he gives this long thought out diatribe about how a futurist like him cannot survive in a past that is so lacking in technology. You begin to feel for him as a character as now he has taken the Captain America role of being a person lost out of time. His worries quickly subside though with a scantily clothed voluptuous women walks in to provide any necessary aid. Suddenly all those grave concerns disappear in a puff of charged up hormones. So even then Stark had the playboy side of himself front and  center.

What you will not read though is a lot of quip filled dialog with random obscure pop culture references thrown about. For the most part he is in serious mode when dealing with Doom and other characters. This story took place long after the Demon in the Bottle storyline, but as a novice to this era his attitude may have changed since those events. Stark is not a boring character by any means, but you can see why he did not reach the levels of Spider-Man or Wolverine until someone came along to add in a lot more personality.

Before this story hit Iron Man and Doctor Doom had very little interaction with one enough. Despite being two characters known for their metal outfits rarely did they share the same story. Knowing that going in I can see why this story has stood out for so many Iron Man fans. The dynamic that is built between them is one of the best part of this story.

Their conflict with one another does not start the normal way we see superheros and villians face off. It starts as a trade disagreement as Tony Stark refuses to sell goods to a tyrant like Doom. Not often do iconic comic book stories start with a disagreement over a trade embargo. There is something about that story element missing from today’s comics.

Secret identities are not treated with the same importance as they once were as well. The superhero persona and the everyday person have melded into one. During this time there were almost treated as two separate people. That makes Tony Stark have to deal with this problem on two separate fronts, one as an ironclad superhero and the other as an international business man.

Althougth this is much more Doctor Doom’s story than Iron Man’s. He just ended up being in the wrong place at the wrong time. If you ever wondered why Doom was considered such a great villain this is a great story to read. Writer David Michelinie writes him as id personified. He has gone past the point of arrogance and become amblivent to all those beneath him, and in Doom’s eyes that is pretty much everyone.

That fact makes his interaction with the legendary Morgan le Fay all the more fascinating. Seeing Doom treat anyone with any level of respect is remarkable. Immediately you wonders if it is nothing more than an act, but Doom would never lower himself to that level to achieve victory.  Even if that is the case it ultimately makes Morgan le Fay into a character you have to stand up and recognize. If Doom respects her honestly it is a remarkable achievement. If it is nothing more than an act you wonder what about her would make take that course of action.

Why Doom respects Morgan le Fay becomes apparent once we learn about what he is really trying to accomplish. Some may argue it is a contrived way to conjure up sympathy for a character that was never there prior, but I see it as a well-earned explanation into a better understanding of Marvel’s all-time greatest antagonist. When you couple that with the dynamic between Iron Man and Doom, who are forced to form a temporary alliance to ensure their mutual survival, you have a tale that has all the ingredients of a classic adventure.

For those who love the characters of Doom or Iron Man this is a must read. If you are looking for a classic Marvel comic story to read this is also a great place to start. It is quick enjoyable romp that holds up very well for the time.  Should this rank among the greatest comic book stories ever told? I would not go that far. While I respect the book a great amount, the ideas it brings up are not expanded upon enough to make it among the all-time elite.