Welcome to another new blog series I am starting with the focus on graphic novels and comics. I have long been a comic fan. Growing up in the 90’s most of my Saturday mornings were spent watching X-Men, Batman, and Spider-Man cartoons. Although I have been a fan of comic book properties for some time I have begun to realize I have yet to read some of the most infamous comics and graphic novels.

I tended to stick to what I liked, which was Marvel specially X-Men and X-Force. When the cartoons stopped and high school began my comic book reading pretty much died. It did not help that I grew up in rural Pennsylvania with no local comic book sore. After high school I slowly began my way back into comics due to a local comic store finally opening up and my friends getting back into them as well.

Two series specifically brought me back. They were Cable & Deadpool, which combined two of my favorite character as well as Ed Brubaker’s run on Captain America. They started the snowball and by the time I was a junior in college I was picking up five or six books from my local store. After I left college and moved away my comic book addiction followed me. 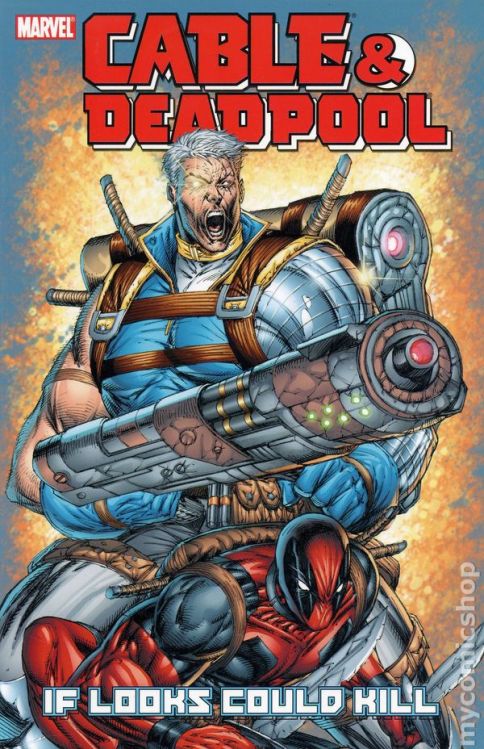 In the last few years my comic book reading has expanded even further. I grew somewhat tired of the superhero genre and expanded my repertoire to the independent scene. That expansion actually began because of an episode of the podcast Talking In Circles. In that podcast we gave each other homework assignments and one of mine was Saga. I feel in love with the series and got into more and more Image books. Last year I had a goal of writing a list of my Top 100 comics of 2016. In doing that I forced myself to expand my palette even further.

So while I have read a lot of what has been recently released my knowledge of past comics is quite limited. That inspired me to begin this series where I catch up with some of those classic comics and give my take on them.  Some may be wondering why do this series?  Why talk about books that are older and already well established?

Well it has been my experience that there are a lot of comic book fans like myself. Where you have specific characters or creators you stick with and that’s about it. So perhaps this series can shed some light on books a lot of comic fans have not read and afraid to admit it out loud.  Also it is hard for comics to hold up to the test of time. I love Stan Lee as a person but the books of his I have read are extremely hard to get through. That’s part of the reason I tend to stick with current books. Hardcore fans may love some of these classic books, but for the general reader are they worth your time? My hope is to find out.

Now that we have that out of the way let’s get to the first graphic novel I will be covering which will be Maus. 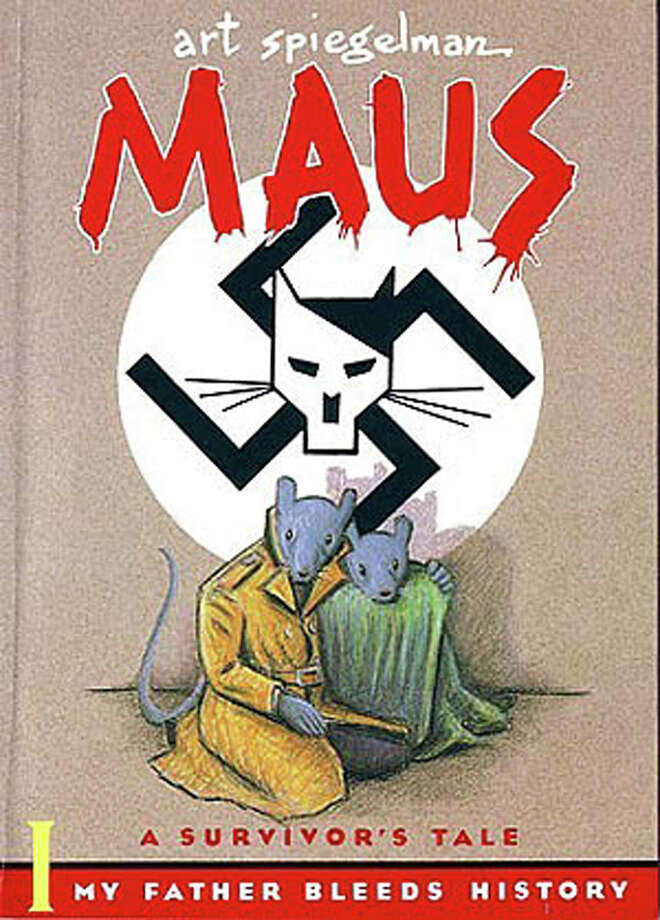 In this section I will cover my personal background with the selected graphic novel or comic run. In some cases I may have read the authors other work or watched adaptions of the material—think the animated version  of The Dark Knight Returns. Outside of that I will cover what my general impressions of the material is before reading page one.

With Maus I knew the subject matter it covered and that it used mice and other anamorphic characters to tell the story of the Holocaust. I am also well aware of the praise it has received. Last year my favorite comic was March: Book Three and many pointed to Maus as the book that laid the foundation for a series like March to exist. What I read was that Maus approached a subject matter unique for comic books at the time. It wasn’t a book about superheroes, monsters, or cowboys rather a tragic story about real life events.

That made me wonder a few things going in. First and foremost was Maus a case where it got praise simply for its subject matter rather than its execution?  Where comic book fans just so eager to show the world that comics are a legitimate medium that the first time something like Maus came along they were going to hold it up as a shining beacon no matter its actual quality?  Plus it is natural to be hesitant to be critical of a true life Holocaust story. That is partially because you do not want to be painted as insensitive and partially because it feels like poor taste to criticize actual tragedy. So despite its high regard I did have concerns going in.

During my lifetime I have watched a lot of movies about the Holocaust both fictional and documentaries. I have even read a few novels on the subject as well. Based on what I have experienced Maus deserves to be listed among the best of Holocaust adaptions. There is a personal element to this adapation that makes the horror all the more real.

It uses the framework of the author Art Spiegelman interviewing his father  about his experiences during the  Holocaust as a Polish Jew. This adds a level of personal reflection you cannot get from your typical film. The struggles of constructing this story become apparent as  Spiegelman’s process is shown directly to the reader. By utilizing this technique he creates a story that is more than a reliving of horrific events. It is about the way you live after they happen. How you communicate with a generation that will never fully understand the pain and horrors you have to go through. Also the meta element of how you cover such a raw and personal story,without feeling like you are capitalizing on the deaths of others. You see all the maneuvering you have to go through to put the reader in a place where they can understand the climate of the time enough to comprehend the events they are about to witness.

Spiegelman’s minimalist art style adds an additional layer of thematic meaning. His layouts are rather simple and straightforward. Considering this was originally serialized as an insert in his magazine Raw that makes sense. Still he adds a lot of effective creativity with his character designs. By depicting Jews as mice and other Germans and Poles as Pigs and Cats he displays the divisive nature of these two cultures. There is a lot to unpack with this use of artistic metaphor and based on my readings many have their own interpretations of the choice of animals and what they represent.  For me I see it as Nazi propaganda that once depicted Jewish people as vermin getting turned on its head. Now the mice are the compassionate protagonists. It is the classic move of taking an insult and repackaging it as a badge of honor.

By the end of the first volume I was surprised by the amount of complexity in this story.  The majority of Holocaust stories focus on the broad points, but this gets into how many moving pieces there truly were. For example the amount of maneuvering that would go on through bribes and underground networks. What became apparent is one of the most horrifying aspects of this entire situation was the uncertainty. I could not imagine having to determine if I should allow my son to stay with me or be sent away with someone I don’t really know in hopes of surviving the war. Neither choice provides any form of guarantee and the price of being wrong is the ultimate tragedy. Page by page I was left moved to a devastating level.

In this section I will cover any areas I feel may hold back new readers from enjoying the book in any way. For example if background knowledge of character may be needed, or if a story element may not hold up with today’s modern audiences.

For Maus the story is pretty timeless. Some of the interview sections may seem off because they are written as present day even though they took place in the late 70’s, but that would be an extremely minor quibble.

However, I could see the art style hindering some readers from enjoying this book. It has the hard edge style that is absent from today’s polished comic book scene. The limited detail and black and white coloring may not be aesthetically pleasing to some.  If you have ever watched classic 70’s cartoons like Fritz the Cat and find them hard to get through be warned. For me it took a few pages to get used to but by the third page my initial apprehension was gone. I began to find some tragic beauty in a number of panels, and became impressed by how my emotion was manipulated so effortlessly with limited line work.

In this last section I will be making my final determination if the book is worth the hype that it has received. Does it hold up to the test of time? Is the book truly a classic or has the hype surpassed the actual quality of the material?

Obviously I realize I am just one person with an opinion. I have no delusions of grandeur that people will read my thoughts and rethink their opinions on anything.  Art in any form is subjective. If it wasn’t this world would be pretty dull. So if you feel my thoughts are wrong sound off in the comments below. I am always interested in hearing the other side. (Also if you agree with everything I said it doesn’t hurt to tell me that as well. My ego will appreciate it)

When it comes to Maus the praise it has received is rightfully deserved. Yes it is a pioneer for the genre that is clear. That is secondary though to the book’s actually quality. Art Spiegelman crafts a story that is well aware of its importance but not reliant on it. He takes what is a compelling and powerful story adds a postmodern deconstruction of the impactful aftermath and brings you back to the past to witness the immediate horror. This is clearly a must read for anyone who considers themselves a fan of comics. I would extend that even further to those who have no interest in the medium. If you have a soul Maus will deeply effect you. 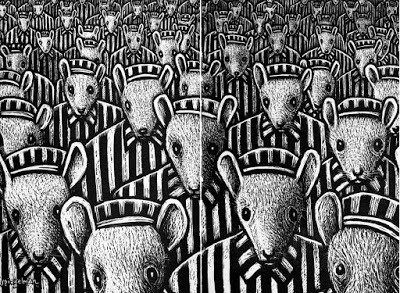