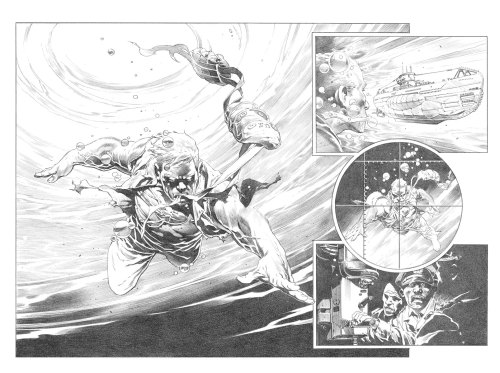 With BLOODSHOT U.S.A. just over the horizon, the most nominated series of the 2016 Harvey Awards is about to dive into the deep end!

Ray Garrison and a battered team of survivors have made their escape from BLOODSHOT ISLAND…only to drift straight into shark-infested waters! Marooned in the middle of the Pacific Ocean with no defenses except the relentless will to survive, will the highly trained team of killers aboard this life raft band together…or throw each other to the prehistoric predators below? And, if they don’t kill each other first, will mother nature finish the job?’

On October 5th, come aboard with Jeff Lemire and Tomas Giorello as they send Bloodshot on a carnage-filled cruise headed straight for BLOODSHOT U.S.A.! There will be blood in the water when Valiant’s nanite-enhanced commandos enter uncharted territory, only in BLOODSHOT REBORN #18 – featuring covers by Stephen Segovia (Wolverine), Adam Gorham (DEAD DROP), Andres Guinaldo(Justice League Dark), Brian Level (The Mantle) and Robert Gill (X-O MANOWAR)!

Then, two weeks later on October 26th, Jeff Lemire and Doug Braithwaite unleash a pathogen-fueled wave of violence onto the streets of New York in BLOODSHOT U.S.A. #1 (of 4) – the FIRST ISSUE of the explosive standalone event roaring out of “THE FUTURE OF VALIANT“ initiative!

Project Rising Spirit – America’s greatest exporter of classified weapons technology – has achieved a breakthrough: a contagious, airborne nanite dispersion prototype that can turn the population of any city into an army of indestructible soldiers. A doomsday virus capable of destroying an enemy nation from the inside out. A machine-made pathogen that can completely rewrite human physiology…and hardcode every man, woman, and child with the same cutting-edge technology that created their greatest weapon: Bloodshot.

But now…Project Rising Spirit’s top-secret contagion has been released onto the streets of America’s greatest metropolis: New York City. As mayhem engulfs Manhattan, Bloodshot must lead the most dangerous invasion ever waged on American soil and keep a runaway pandemic from toppling armies and governments…and threatening to destroy humanity itself. 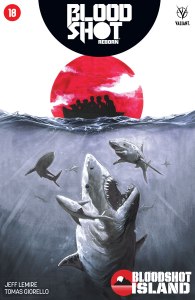 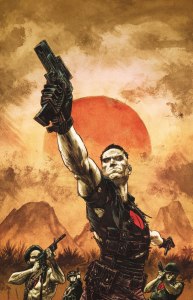 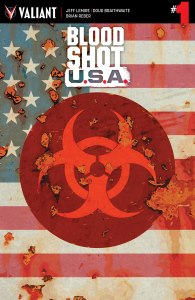 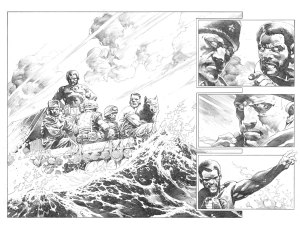 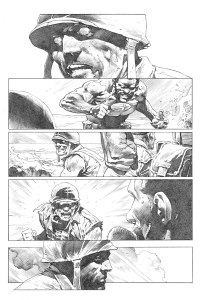 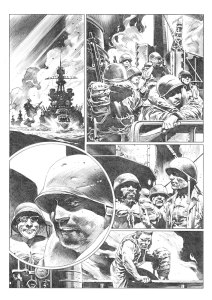 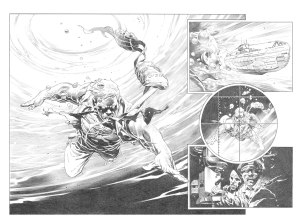 Kill or Be Killed #1 Review