Hello everyone and welcome to Journey into Geekery. My name is Dan and  I’m a 22 year old geek from southern New Jersey. I’ve always been a geek—there’s no denying that. I haven’t always been the best geek though. When I was a child I was into super heroes and Star Wars just like all the other kids. I loved the Spider-Man cartoons that I could catch on Saturday mornings and I loved shows like Yu-Gi-Oh! and Pokémon—heck, I was addicted to video games.

While I enjoyed reading comic books in trade paperback format (this is a phrase I would learn much later on) I didn’t collect comic books nor did I follow any then-current series. There was a moment when all that changed and today that is the moment I want to share with you. Before I can do that, however, you need to understand my history with comic books.

As I said before, I grew up with a strong love of super heroes. I was a big fan of any super hero characters that had a TV show from Batman to Superman to Spider-Man to the X-Men, and the same went for films as well. I used to watch the 1966 William Dozier series Batman religiously in reruns on TV Land. Given that super heroes dominated my TV viewing habits it should come as no surprise that one day I felt the sweet allure of a comic book.

The book that started it all (and I still have it to this day) was Spider-Girl Vol. 1. Laugh as you will that was the first trade I ever picked up (although I think digest would be a more accurate description). I didn’t know a single thing about Spider-Girl outside of what was printed on the back cover of the book, but I did know that the Spider-Man film starring Tobey Maguire as Peter Parker was pretty cool, so why not give it a shot.

As I read through the book I didn’t understand how a comic book series worked in all honesty. I just knew that the art was amazing; I felt the same things I did when I watched the shows and movies; and that May “Mayday” Parker was pretty cool. Over time I came to learn exactly who May Parker was—Peter Parker and Mary Jane Watson’s daughter on an alternate Earth. I read through the trade numerous times and eventually I acquired my own small collection of trade paperbacks. Titles like Essential Amazing Spider-Man Vol. 1, Showcase Presents Green Lantern Vol. 1, and Showcase Presents Batman Vols. 1 & 2 began to appear on my book case. While black and white reprints of silver age comics wasn’t ideal it was definitely cheaper than getting the color trades. In lieu of Essential Marvel books I have now moved on to collecting Marvel Masterworks (usually the paper back releases), so that I can fully experience the stories the way they were meant to be experienced: in color.

But I digress—while I enjoyed collecting trades from time to time there still wasn’t a love behind any of it. I can still pinpoint the exact moment I fell in love with a comic on the shelf and then when it hooked me in. If you want to learn about comics one name you need to know is Jeph Loeb. If that name looks familiar that’s because he is currently involved in Marvel Comics TV division, with his name popping up in the credits for Agents of S.H.I.E.L.D. and Agent Carter. Prior to that he worked on the hit show Lost and has also written films, most notably Teen Wolf and Commando. Aside from his film and television work, Loeb is an accomplished comic book writer, having written for both Marvel and DC at various points. Without this man, I never fall in love with comics.

During my sophomore year of high school I entered into my first relationship with a girl. Like most teenagers we spent a lot of time at the mall wandering in and out of the various stores that lined the two story building. One of the stores we often wound up in was Borders Express. In addition to often being attracted to the science fiction and biography sections, I always wound up looking at the graphic novel section. One of the books I was fixated on was a Batman trade paperback with a nighttime blue cover and an image of Batman, with sheets from a calendar thrown in for good measure. That book was Batman: The Long Halloween, written by Jeph Loeb and art by Tim Sale.

Every time we entered into the Borders Express I was inevitably drawn to this book. The cover was beautiful and the art inside was unlike the comics of the 60’s that I was used to reading. That Christmas I got that book and I devoured it. From the very first page of the story to the last I was hooked. Out of all the trades I’ve collected, that’s one I find myself revisiting at least once a year. Jeph Loeb and Tim Sale make a fantastic team and I always find myself going back to their work.

Developing a love for trades is one thing but that still doesn’t explain why I have a living room full of long boxes and short boxes full of series that I am regrettably behind on. Jumping in time from my sophomore year of high school to the summer of 2011 right after I graduated fills in the missing piece of the puzzle. I was working in the mall at a movie and music store that unfortunately is no longer there and I needed something to do on my breaks. One day I noticed a new store in the mall called Level Up Entertainment. I decided to wander in, peruse the video games and graphic novels, and then make my way.

This went on for the bulk of the summer. As September was just beginning I found myself having conversations with some of the staff and eventually my interest in trades came up. During that time I was asked what series I really enjoyed and I admitted I only knew characters. Up to that point even if I had wanted to get into collecting comic books I couldn’t have. When I first started reading characters like Batman, Superman, and even Spider-Man were the stars of series that had hundreds upon hundreds of issues already published. It was too much for anyone new.

Lucky for me DC Comics was looking out for the little guy and decided to launch what they called The New 52. If you aren’t familiar with that term it’s nothing more than a soft re-launch of their titles and universe, as well as an excuse to put a whole lot of new #1’s on the shelves. Marvel eventually followed suit. Thanks to this effort from DC Comics I was given an opportunity to pick up new series to read and not feel nearly as much like an outsider as I had.

There was still one more hurdle I needed to get myself over but that was the easy part. When one of the clerks started offering suggestions for series that I could read I politely declined, citing a bad experience I had had with a previous comic book store as a reason for never getting into collecting again. During my trade madness I had started going to a local store to pick up issues of Freddy vs. Jason vs. Ash as they hit the shelves. When issue 3 came out the store didn’t have enough in stock, the staff was rude, and that was what I thought was the end of my comic book collecting adventure.

That’s when I learned about a pull list. It turns out that most comic book stores will let their shoppers let them know exactly which books they want monthly and the store will make sure they order enough for their customers and pull them for them. This was the summer of 2011. As we head into 2015 I have amassed quite a collection of single issues from Marvel Comics, DC Comics, and various other publishers. I’ve been shopping at the same store since that day and have come to think of the staff as friends.

If any of you are reading this and have been inspired by any of the recent shows you’ve seen—from Flash to Arrow to Gotham or Constantine—or even Marvel’s fantastic cinematic universe, get up and go to your local comic shop. Talk to the clerks. Pick up some trades that look interesting to you or single issues of ongoing series. If you don’t live near a local comic shop you have options to. You can

always get your books digital through ComiXology or if you insist on having physical books check out Midtown Comics. They even have a feature where you can set up a pull list and they mail you your books bagged and boarded weekly, bi-weekly, or monthly. Don’t let fear of feeling like an outsider stop you. Starting a collection and watching it grow is no doubt a rewarding experience but getting to read the stories by the talented writers (and looking at incredible art) is a phenomenal experience as well.

Today I leave you with a question: how did you develop your love for comic books. What was the first comic book you ever read? Loved? Let me know down in the comments below.

Be sure to check back here next Monday when the Journey into Geekery really begins as I read through Miracleman Book One: A Dream of Flying for the first time. 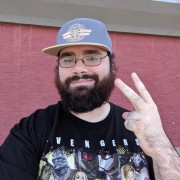