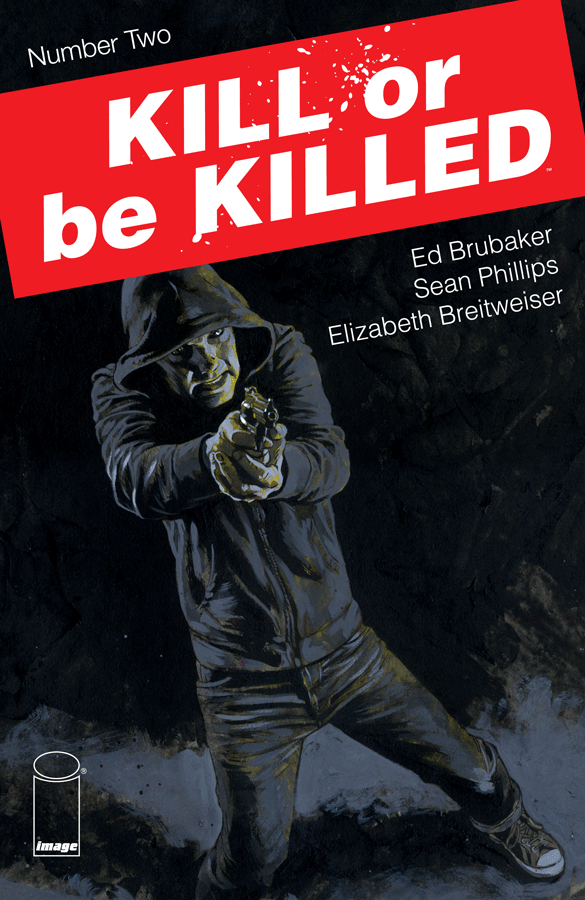 How do you justify murder? Certainty if you heard someone ask that question aloud you would be rather concerned. Well, imagine if you were in a situation when you had to do just that. That is what is occurring in the panels of Ed Brubaker and Sean Phillips’s latest book Kill or Be Killed.

After last issues failed suicide attempt Dylan was given the task to kill someone by month’s end by the demon that saved his life. Although, there is still some doubt if the demon is real or a figment of his diminishing psyche. If he does not commit this murder his life will end. The key is the person needs to deserve to die. Now how you make that determination is the challenge for Dylan.

Brubaker does not start with that question though. If you are going to kill someone you need a gun that cannot be traced. How you go about finding that is unknown to someone like Dylan. He seeks the assistance of his local drug dealer with no avail, but it does lead him to returning to his mother’s home upstate to find his dead father’s gun. 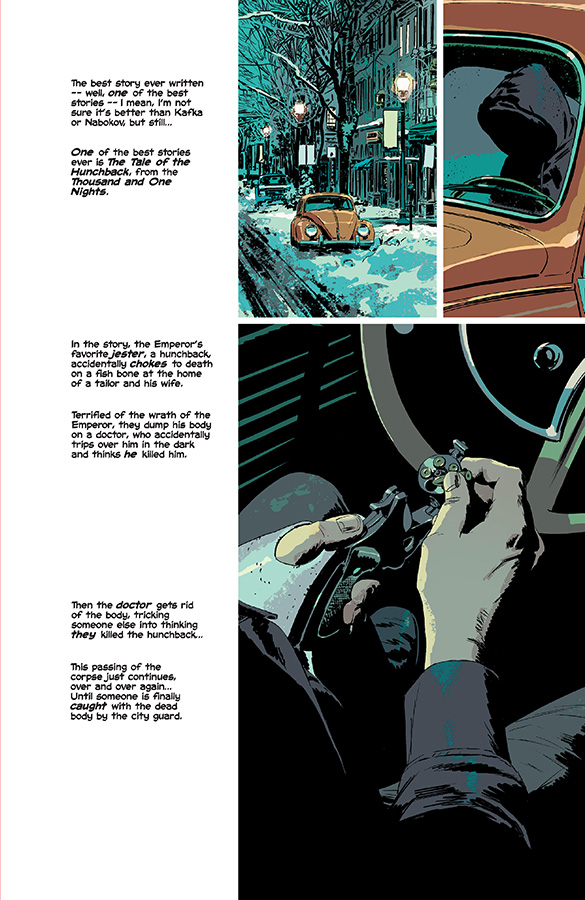 Piece by piece Brubaker is building the character of Dylan. In the first issue we saw him as this drab timid schlub of a person. Now we are getting some background into what happened to make him into that person. His childhood was odd with his father much older than his mother. To make things weirder his father worked on a strange form of art. Unable to make it as mainstream marketing artist he turned to the world of pornography. To his credit it was elegant pornography with elements of science fiction and fantasy through in with all the nudity.

Brubaker use of Dylan as an unreliable narrator is also a big highlight. The way he convolutes his own story and questions his own memory adds an additional piece of mystery. This was used brilliantly when Dylan is faced with the decision of pulling the trigger. After traversing his own past he remembers his childhood friend who met a tragic end due to the sexual abuse of his teenage brother. Quickly Dylan makes the choice that this is his first target.

Similar to the way Brubaker makes Dylan work to find a gun, he makes him work to find the gall to follow through with the action of murder. It is sloppy, unfocused, and cloudy to remember. Without spoiling anything the panels in which ‘the look’ was used to justify Dylan’s action was a brilliant piece of comic book storytelling. One that may haunt you long after you put it down.

Kill or Be Killed #2 did not touch on the supernatural element this time around. I am still curious how that will play out with the story as whole. Overall issue two is an improvement on an already good first issue. Brubaker and Philllips are on another level with their ability to build story and craft a unique story. If you enjoyed any of their previous work this is already a must read.