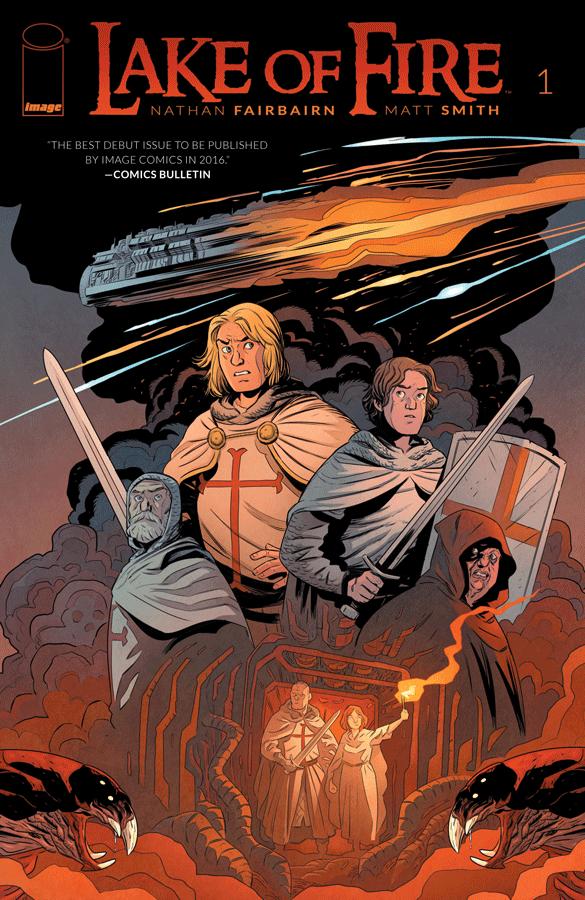 Another week, another promising new series by Image Comics. This time it is Lake of Fire brought to us by writer Nathan Fairbairn and artist Matt Smith. There are not many comic books out there that center on 13th Centenary Crusaders so this is by default is a rather big change of pace. Of course this being the world of comics the story does not stop there as it also involves a healthy dose of aliens. All of which sound like the type of genre mashup only the world of comics could give us.

With this being a double sized issue a great deal of time here is spent just establishing the atmosphere of the book. Opening up with an apparent crash landing that looked like something straight out of Armageddon was certainly an early attention grabber. After that the book does slow down quite a bit. Time is taken to establish this world and the colorful band of knights we will be following. Considering its length, dense language, and heavy word count some may tire before the action kicks in near the end. 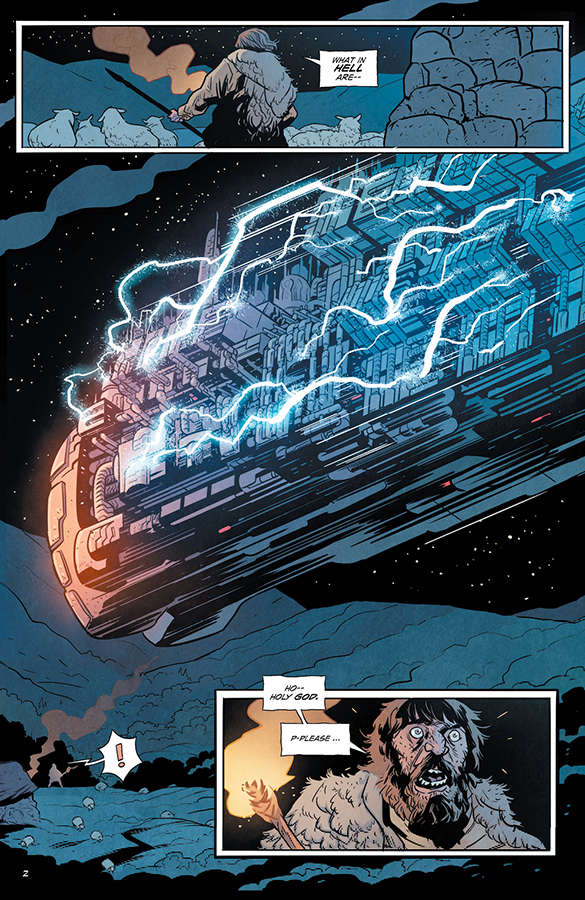 The benefit of taking this time is it allows readers to settle into this world. Making you almost forget about the earlier spaceship crash to make the genre mashup all the more effective. More importantly it develops these characters as people worthy of you investment. Currently they all fit into nice little archetypes. You have the young up and comer looking to prove himself, his sheepish friend that may be more brave than he even realizes, the old ward who can provide guidance, and the hardened veteran who may lack discipline but can certainly kick major ass. These characters may not be the most original but they already work well together. Perhaps the best angle is that they were sent on a mission to simply get out of the way. They are the soldiers who no one wants that may end just up saving the world. Again why not a unique premise it is at least well executed.

Fairbairn played triple duty with this book as he wrote, lettered, and colored the issue. At this point of his career he is much more known for being a colorist than a writer, but that may change if this book follows through with its promise. His colors start off strong as we juxtapose from a late night disaster to a calm autumn day. Heavy blacks are contrasted nicely against some calming yellows and oranges. This keeps a distance between these two elements of the story until their inevitable encounter much later. 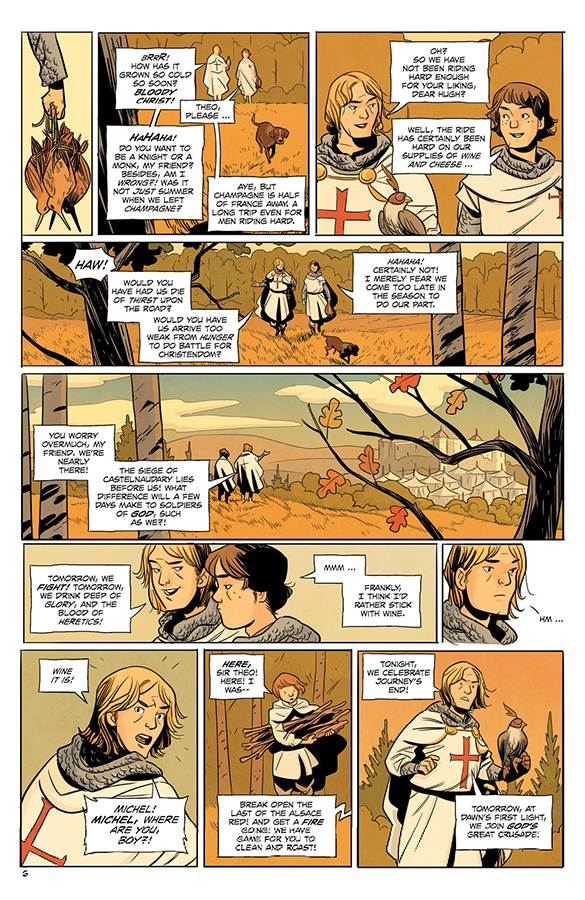 Matt Smith’s art is also a big part of what makes this book work. He had somewhat of a challenge on his hands trying to create alien creatures that would not look silly when next to crusading knights. With a book that has a more serious feeling you cannot just insert any type of creature without diminishing that tone. By sticking to a more insect like design he does that without wreaking the excitement. His best work is in his facial expressions. With much of the story so far dialog driven he gave it some much needed emotion.

For those looking to another potential great read your weekly stack just got bigger. Nathan Fairbairn was given the chance to show what he can deliver as a writer and so far he has done quite well with his opportunity. There are some pacing issues that need to be worked out, and he may need to trust in his artist more and his worlds a little less to tell this story. Overall though for what is essentially a debut issue this was an impressive comic.