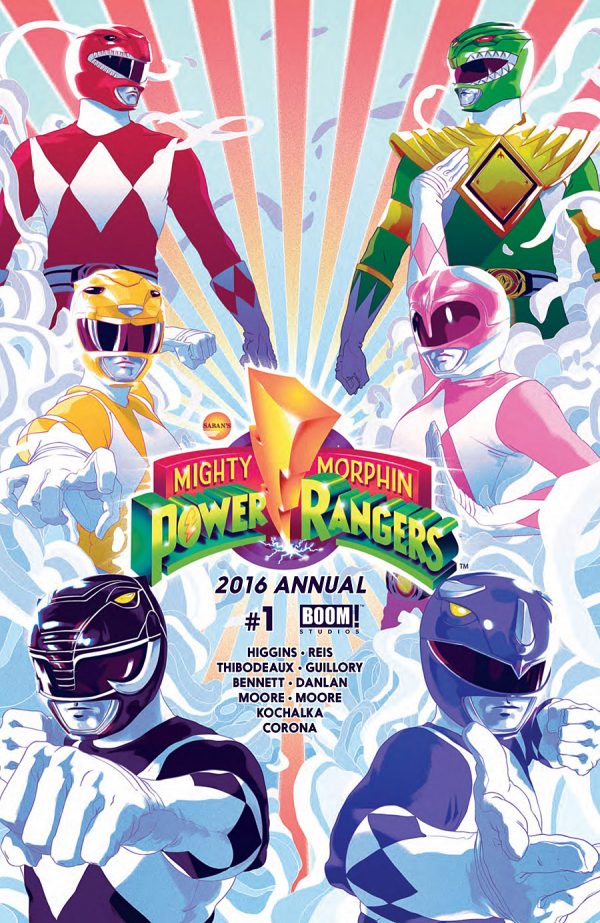 Kyle Higgins’s Power Rangers series has been quite successful so far in my eyes. He has been able to capture the spirit of the television show without all the awful corniness that makes you cringe as an adult. The first Annual for the series has quite the amount of varied content. Each story is vastly different than the next in both tone and purpose. Some are clearly designed for laughs while others delve into the lost history of one of the franchises most notorious characters. Overall the results are mixed but mostly positive. If you have at all enjoyed the Power Rangers title there are bound to be a few stories to enjoy.

For me the best starts with the first as we get a quick take on what life is life for everyone’s favorite Red Ranger Jason. Much of the Power Ranger series up to this point has been focused on Tommy, which makes sense as he is by far the most dynamic character.  The downside to that is the other Rangers have been regulated to side characters. That is the benefit of an Annual like this as these few pages give us more insight into who is Jason then the entire series so far. Being written by Kyle Higgins made it one of the few stories in this Annual that feels like it could exist in the actual series. The others were clearly going a different direction. 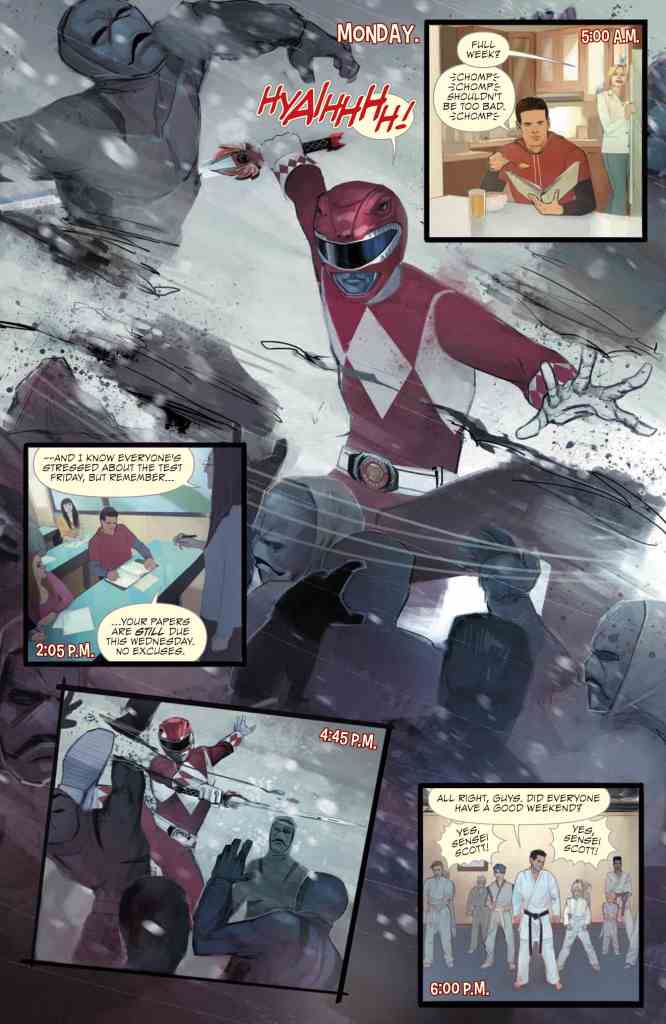 Those stories include Ross Thibodeaux’s comedic take on what it would be like if Bulk and Skull were made into Power Rangers. If you are someone who has enjoyed the Bulk and Skull stories that have appeared at the end of the regular series I could see this working for you. As someone who just does not find anything humorous about those two I found myself happy this story only lasted a few issues.

While the enjoyment level of some stories will heavily depend on taste,  Trey Moore’s take on Goldar’s unknown origin was plainly disappointing.  Unlike Jason’s “A week in the Life of…” story it did not give us any more insight into the character that we already did not know. In fact he is more of a side character in his own original until the final few panels. Sure we see how Goldar ended up with Rita but nothing about it was all that enticing or interesting. Terry Moore’s art is also rough and could use a little polish.

Part of why that art did not work for me is due to how quickly it came after Huang Danlan’s work on the Yellow Ranger’s story. I truly hope Danlan gets more work in this series because I was quite impressed with what we were given. It had a water color look that gave it a soothing presence. The colors were beautiful to take in, and why it would not work for every Power Rangers story it is a style to could be utilize for some of the more intimate tales.

Those are a just a few of the many stories this issue includes. Annuals give writers the chance to stretch their creative muscles, and with the variety this book offers you cannot deny that occurred. Why I highly doubt every story will work with every reader when it comes to an anthology book if you read more good than bad you should be able to walk away happy.