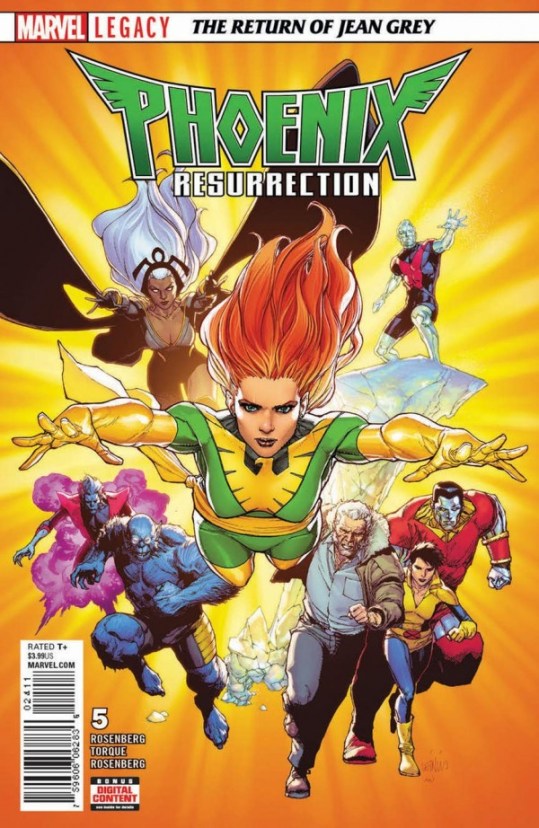 Weekly comic book events rarely work out well. It is one thing to have a story that crossover from series to series, but when you have a self-contained book with one writer and a group of artist the time crunch can lead to some mediocre work. As an event, Phoenix Resurrection suffered from some of the problems that have been haunted Marvel for some time now, like the inconsistency in the quality of the art, despite those misgivings it provided a much-needed boost to the world of the X-Men.

I do not envy writer Matthew Rosenberg as this story has a lot of inherit challenges most would not be able to overcome. Based on its concept alone it is begging to be this nostalgia piece that simply reminds you of a time when the X-Men were the best thing about comics. Not to mention the challenges of getting people to care that Jean Grey is now alive again. Her dying and coming back to life has been a running joke for decades now.  Add in the fact you have a young Jean Grey running around and now this story has been written into a corner before page one even begins.

Why this series works as well as it has is due to Rosenberg’s ability to find the emotional core of an otherwise convoluted story. We do not spend precious panels with massive descriptions about why this is all happening in a functional sense. There are those moments of Beast giving enough context to understand the basic premise and why the Phoenix has returned in an attempt to link up once again with Jean Grey. Overall though they are simple hints to a grander idea that any X-Men fan would be able to recognize and enjoy. 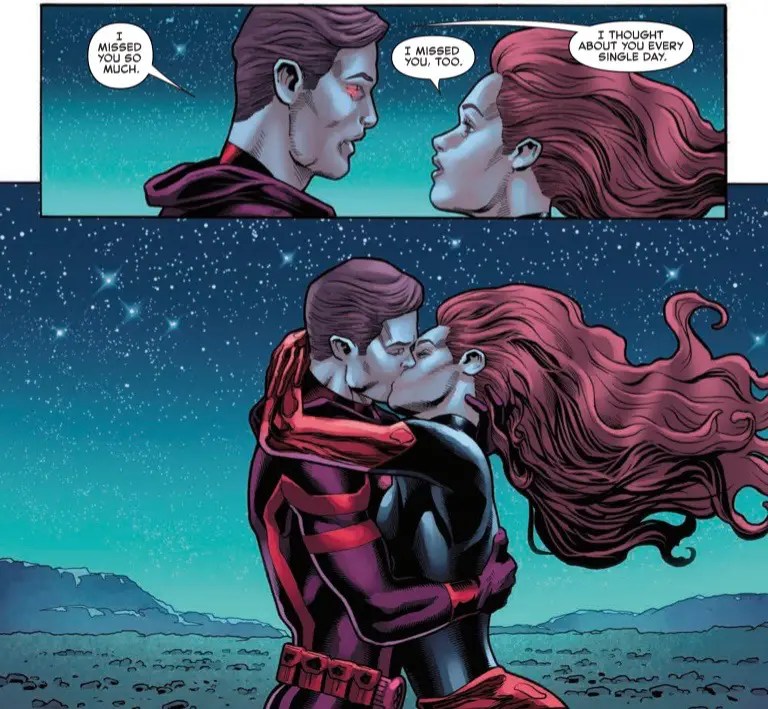 Here in the final issue, Jean Grey’s story comes to a head as she faces off against the Phoenix. It does not become your typical comic conflict with massive battles that fill up splash page after splash page. Instead she is confronted with the relationships that helped define her as a character. From her caring for the tortured soul of Logan, to her deep loving relationship to Scott Summers, to finally the conflicting need to bond with this godlike force. Through these moments we see all the different sides of Jean’s character along with her underlying strength. She is shown to be more than a vessel for this massive power. Often wondered why Jean Grey of all characters would be the person so connected to the Pheonix. Here we see it she may be the only person that fully understand the weight and reasonability of holding the Phoenix force.

In a way, these moments work as a meta-narrative for the X-Men as a whole. How consequences are needed for stories to truly matter. For these characters to grow in new directions they cannot simply go back to the same beats that have saved them in the past. It’s a welcome message to take from a story you would expect the exact opposite from. Perhaps it is partially betraying its own thematic narrative, and that is somewhat of an inevitability when it comes to comics.

Art wise it was a welcome site to see Lenil Francis Yu return to this series. His work brings a level of gravitas that the others were lacking. For one he may draw the best Old Man Logan to date. There is a gruffness to him that embodies the worn out life he has lived. When it transitions to Joe Bennett’s pencils there is a notable shift. Both artists work well enough of their own, but putting their styles right next to one another leads to an unpleasant shift in tone. Yu’s art is so distinctive it does not mesh with the more polished style of Bennett. What did help was how both used similar panel techniques to keep the pacing very similar. A consistent use of wide horizontal panels kept the rhythm going even when the styles changed.

Marvel has made a notable effort to make the X-Men what they once were. The problem of that has been the pushing of this checklist like storytelling where past beats are just repeated to score cheap points. Sure we have seen the X-Men play baseball over and over again like many enjoyed in the nineties, but when you do not care about the characters as much those moments matter work as little more than window dressing. What made Phoenix Resurrection: The Return of Jean Grey a success was its consistent focus on one major idea, and that was to remind us all why so many cared when Jean Grey died the first time decades ago.   Has it fully accomplished that goal? Only time will tell. For now I can same I am excited for what a Jean Grey led X-Men book will be like and that is not something that was true prior to the start of this series. I for one consider that a success.

The New TMNT Thoughts, ReBoot The Guardian Code Woes, and Animated In 2018