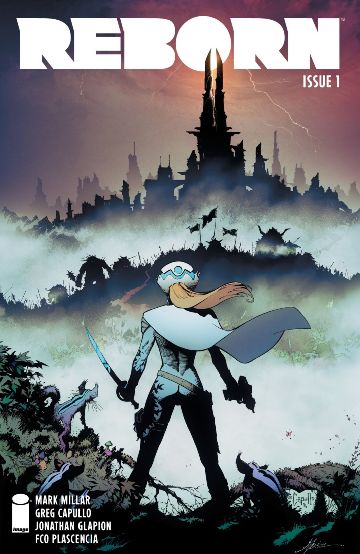 Reborn #1 is impressive on a number of different levels. As a first issue it wets the appetite for a vast fantastical world full of intriguing questions begging to be answered. Those questions were layered into a heartfelt story  about the challenging processing of coming to terms with our own mortality. All of this came together to create a great comic that continues Mark Millar’s recent streak of fantastic work.

The book opens with some chilling imagery. We are taken to Minneapolis in 2002 when a terrorist sniper brutally murders a number of innocent civilians just going about their day like any other. Greg Capullo handles this scene with care to ensure the proper amount of terror is evoked without being overly gruesome. The last panel on the first page is especially chilling. In an instant a man’s life is taken from him and it is the look in his eyes that tells you everything. His widen white eyes are piercing and the expression on his face screams utter disbelief over what just happened. It added some meaning into a sequence that could provided just been cheap shock value.

Soon after these victims wake up to find themselves transported from their metropolis setting to a lush colorful jungle. Not only that they look different and are being directed to safety by a mysterious woman. In is in this moment that Reborn shows it is going for something original when it comes to the afterlife. Immediately questions come to mind. There have been tons of stories regarding an afterlife where heaven and hell are at constant  battle but nothing about this sequence was like those occasions. There were no fiery pits or golden walkways. 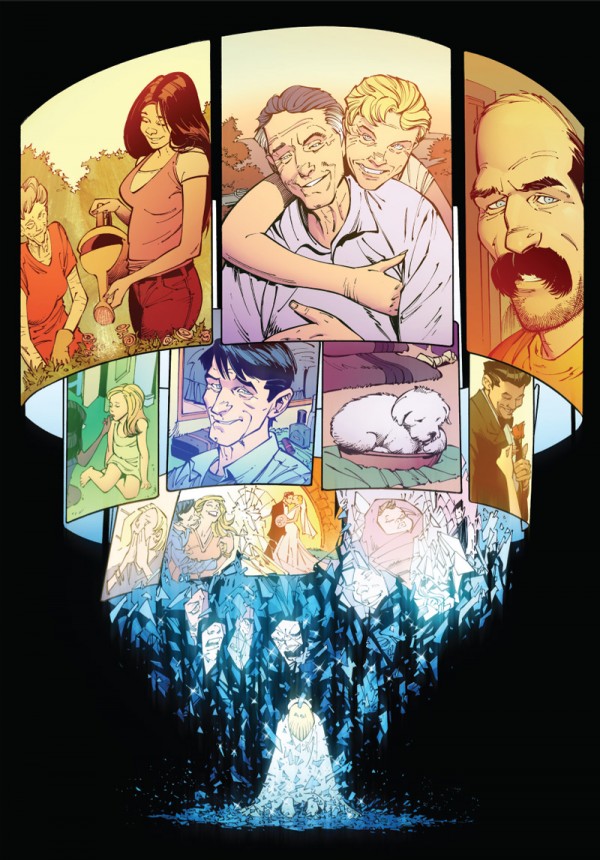 No answers are given over where we are as focus shifts once again to an old women recounting the reoccurring tragedies in her life. Bonnie Black speaks with her granddaughter about her life and does something that is far too rare. She is honest regarding her fear of dying. Due to her sickness and age Bonnie knows death is not too far off, yet she still unable to accept it as fact. Within a few pages Millar and Capullo provide a touching tale of a women’s progression from denial to acceptance. From a little conversation to the maid to one with the great beyond there is a lot to unpack here.

Kudos for Millar for having the patience and not skipping this part to get to the more exciting world full of monsters. That may have been a more exciting story, however building this character will make for a better one.  I knew this was designed to tell the story about what life could be like after death, but I was not expecting it to say so much about life in general.

Millar kept Capullo quite busy with this issue. At one moment he is drawing mundane life in a nursing home and the next we are in the midst of a futuristic battle taking place in a post-apocalyptic afterlife. With all of that his best work was this metaphorical chandelier that represented the ending of one life and the beginning of another.  It was beautiful work by one of comics best visual storytellers.

Overall Reborn #1 does what a great first issue should. It gives us a character to care about and a world worth exploring. Mark Millar and Greg Capullo bring with them a lot of promise as a creative team and so far that promise has been fulfilled.