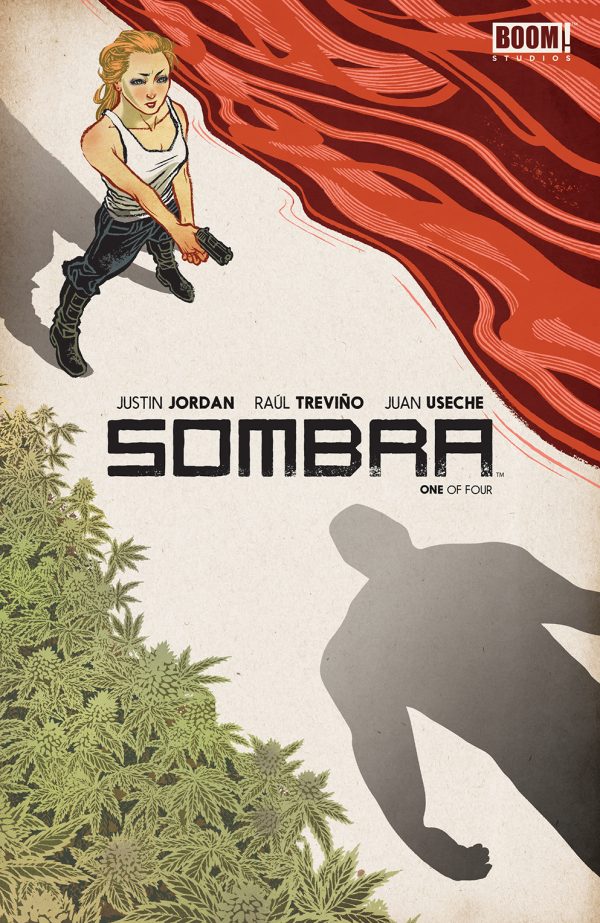 When you are dealing with drama that centers on Mexican drug cartels you know you are in for a story of heavy violence and political corruption.  After reading the first issue of Sombra it is clear this story brought to us by writer Justin Jordan and artist Raul Trevino will be no different from the norm, however there is a slight twist in this story which has the potential to make this comic something special.

The story centers on Danielle Marlowe a DEA agent tasked with taking down a rouge Agent who has gone outside the law to bring these cartels to an end. To complicate matters first this rouge Agent Marlowe has been tasked to take down is also her father. The question is how much of the father she once knew is left. Based on the violent video warnings her father has sent he appears to become the thing he once hated.

Sombra basically is the drug war version of Apocalypse Now, and honestly that premise has me kind of excited. Most of this issue was plot set up so we do not know much about Agent Marlowe as a character. Clearly based on her actions she is strong willed and brave, but for this comic to be more than just another brutal crime story she will need to be more. With her chasing down her father it can add an emotional element that is currently not present in this first issue. There are many different avenues this story can go down most all of which will provide something new and exciting.

Where this issue excelled was in its ability to build atmosphere. As soon as Marlowe enters into Mexico we see just how twisted a place she is entering as a young boy with a severed hand seeks her assistance. When what really happen to his hand is revealed it will certainly turn some stomachs. To Raul Trevino’s credit he has a knack for depicting violence. He keeps a level of realism to what is occurring and avoids going the gory horror route. Trevino has indicated much of his art comes from his personal experiences growing up in Mexico and that is certainly displayed.

The only real problem with this issue is how convoluted the story progression becomes once we enter into Mexico. We move so quickly from place to place and person to person I became somewhat lost.  The overall narrative begins to lose focus as it is not fully clear why things are happening and what place many these characters have within this story. However, there is enough intrigue in this first issue to make me want to read more to see if those questions can be answered.

So far while Sombra is not be a book that elevates the brutal crime genre it is at least provides some new ideas to make it standout above an increasing crowded market.