Your First Look at the 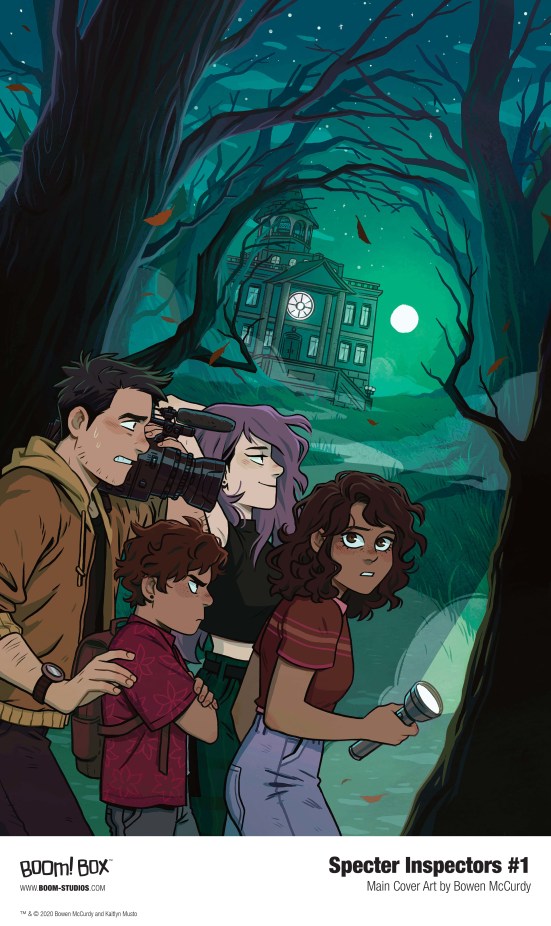 True believer Noa, her cynical little sibling Gus, credulous camera man Ko, and Noa’s skeptical best friend (and secret crush) Astrid head to one of the most haunted towns in America to prove that ghosts exist, for all the social media likes! The investigations of hauntings uncover something more devilish than just a couple of ghosts, something that will put Noa and Astrid’s relationship to the test… and reveal the centuries-old sinister secrets of the town itself.

Print copies of the oversized SPECTER INSPECTORS #1, featuring more than 30 story pages, will be available for sale on February 3, 2021 exclusively at local comic book shops (use comicshoplocator.com to find the nearest one) or at the BOOM! Studios webstore. Digital copies can be purchased from content providers, including comiXology, iBooks, Google Play, and Madefire. 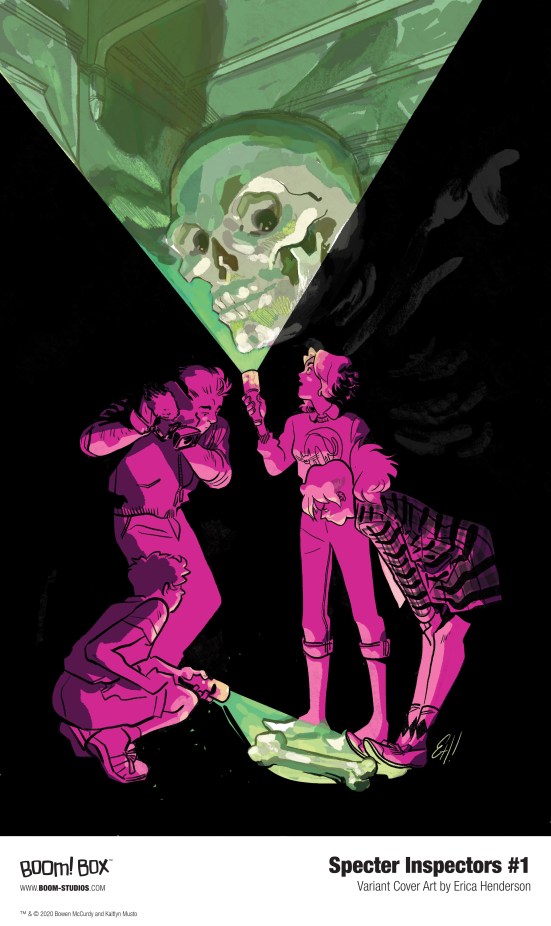 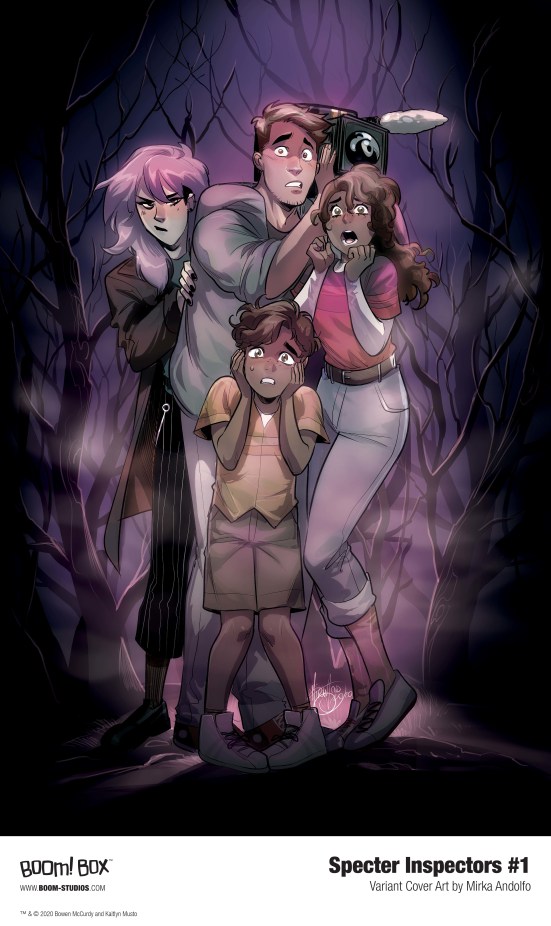 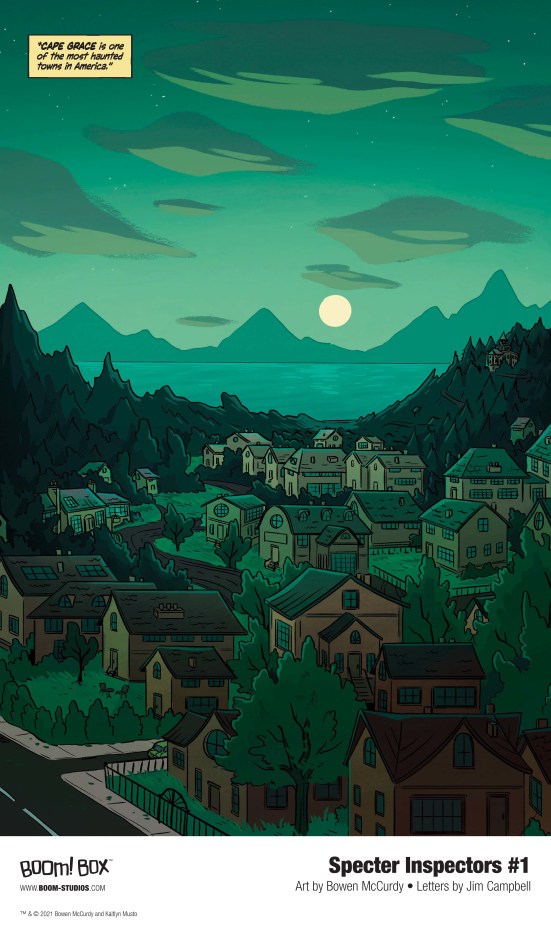 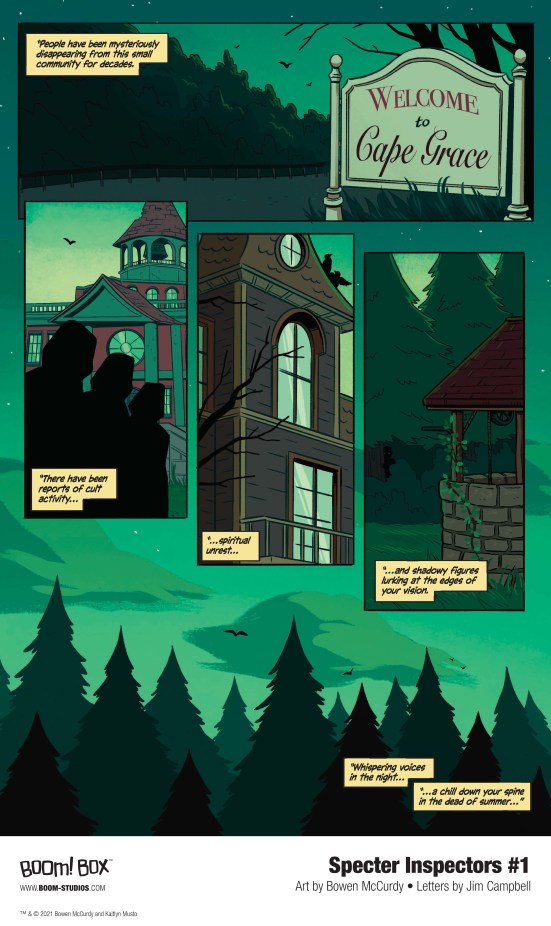 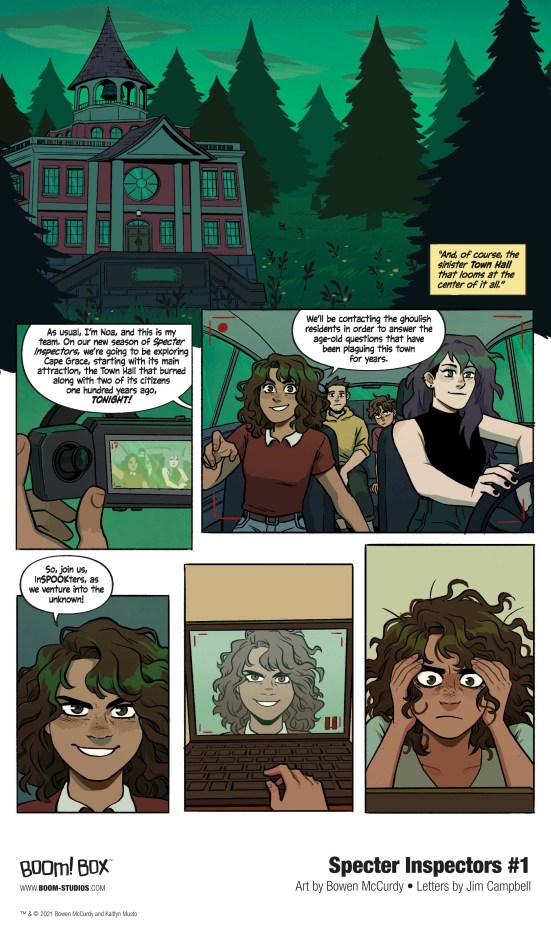 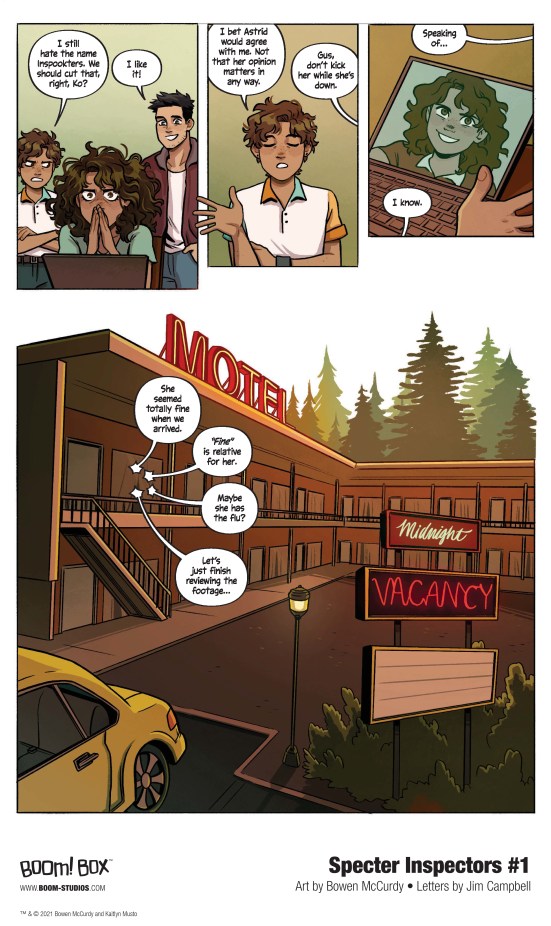 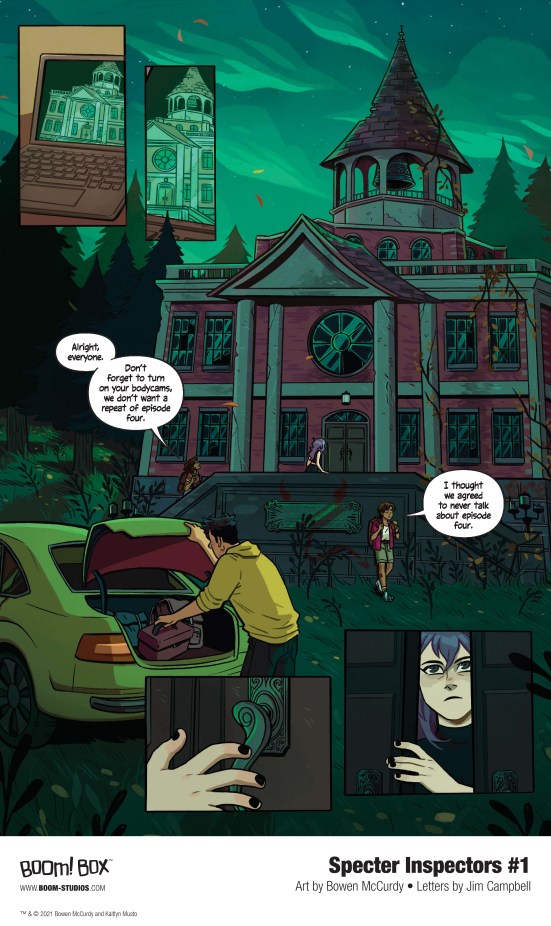