Welcome to another installment of this week’s best comic covers. If this is your first time reading this series some things to keep in mind. When I am looking for the best covers there are two primary things I am looking for: story and creativity. A great artistic image does not always equal a great cover. Maybe a great poster.

With that in mind let’s get to this week’s choices. 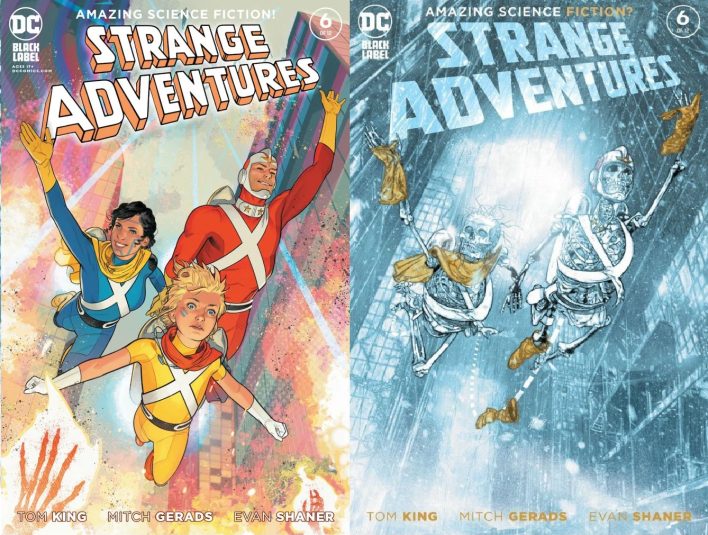 So I am starting off with a bit of a cheat here picking two covers from the same comic. In my mind, they are really one image that are apart of the same overall artistic piece. Or whatever you need to hear to make a tie okay. As I mentioned in the opening I am looking at story and this series has consistently used their covers to tie into the major themes. There is almost this contest between Mitch Gerads and Evan Doc Shaner on who can make the best cover. So far we are all winning. Here we once again see the fantastical play against the morbid. The truth behind the propaganda if you will. As we enter the halfway point that stark reality is starting to seep into the more pristine view as well. Those skeleton hands reaching out to great the Strange family clue us into that things are beginning to break. 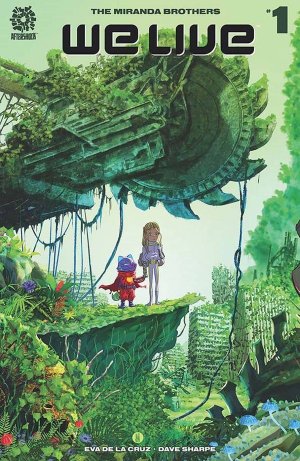 A big reason I chose this cover is based on how that green brings the cover to life. Pos-apocalyptic comics are a dime a dozen at this point and time. To stand out from that crowd you need to do something special which includes constructing an eye-popping cover. A devastated world covered in brush sets the general stage. Based on the characters on the page there is a bit of a more fantastical element as well. Lastly, the earthmover like machine makes you wonder what exactly happened here? Before I even open the page I am curious about this comic and its world. Exactly what a cover should do. 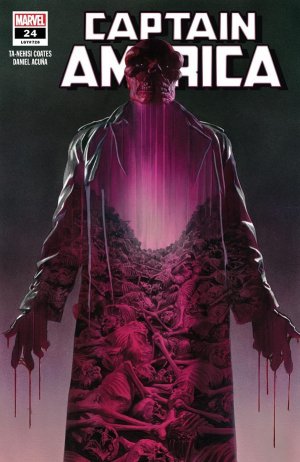 Alex Ross is getting a lot of love for his work The Immoral Hulk series as he should. What is getting overlooked are some of the covers he has done for the current Captain America series. This week for example his cover for Cap is far better than the Hulk cover. If you saw any of the Alex Ross Timeless covers you know he can construct fantastic profiles of Marvel’s greatest heroes. Here he shows a bit more creativity as well. I am a bit surprised Marvel was okay with this imagery because it is a bit graphic for them. Red Skull being illuminated by rotting corpses encapsulates who that character is in devastating effect. Adding the blood-soaked hands reinforces that he was the cause behind that carnage. 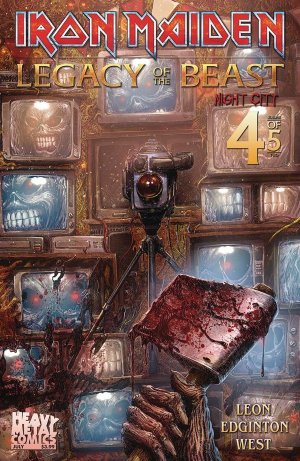 Iron Maiden: Legacy of the Beast #4

This material is well beyond my wheelhouse. Music history has never been my forte, and Iron Maiden was not a band that I had on heavy rotation. So I am sure this is hitting on a nostalgic level for some as well. Personally, I just appreciate the execution. As we are halfway through October I, like many, am itching for some good horror content. This cover reminds me of those grindhouse slasher films from the ’70s. You know those movies that make John Carpenter’s films look like highly polished studio productions. Where you wonder if it was not for the horrible act this might seem real. 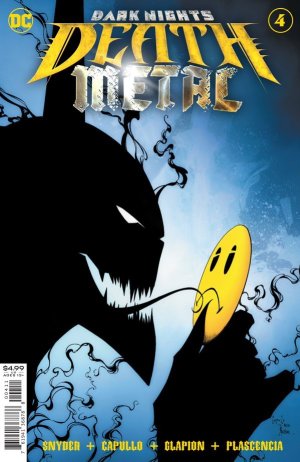 Death Metal is a series I long checked out of before it ended the first go around. Nothing against the creators but sometimes you have to recognize a story just is not for you. I do dig this cover. I know many have issues with DC using Watchmen in any fashion. Those arguments are legitimate and I agree with most of them. However, when it comes to this list I am simply reviewing based on the product in from of me. Also would advise checking out Darwyn Cooke’s interview with Rolling Stone as he touches upon this exact issue. He brings up a lot of good points about how nothing is as simple as people try to make it. Agree or disagree that is your choice. Back to the cover. This cover is doing what Capullo does best. Something he has been doing since his early days on Spawn. Create creepy imagery that would look ridiculous if anyone else did it besides him. That snake-like tongue sends shivers as its tongue gently caresses the button’s unapproving face. 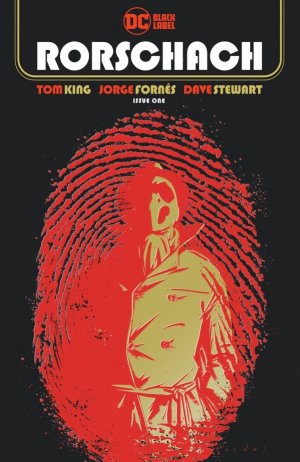 I doubt it was planned but it is like someone at DC said, “Let’s really piss off Alan Moore this week!”. Not only does Metal have some Watchmen influence this week we also have a new series based on the most misunderstood character in Watchmen history. (See my comment above regarding the morality of this series) I love the design of this cover. From the retro font choices to the color choices it brings a lot of personality to it before you even get to the central image. Rorschach may already be an iconic character. Some may argue for the wrong reasons as people do not realize he is not someone you are supposed to like. For those who may not know who he is, this tells you right away you are dealing with a mysterious detective. 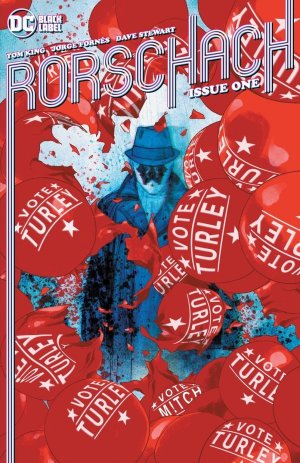 This marks a first for this series. This is the first time an artist had two covers make the list. For my money, Mitch Gerads is the best artist in superhero comics right now. Partly because he has a style that does not perfectly fit into the superhero world. There is a sense of realism to it and that lends itself greatly when you are doing a story like Mister Miracle, or a cover like this. I know those are political balloons but Rorschach looks like the most miserable person at a kid’s birthday party at first glance. Love how those immaculate red balloons clash with the faded out Rorschach. The popping of the balloons forming a Rorschach-like image brings it all together. 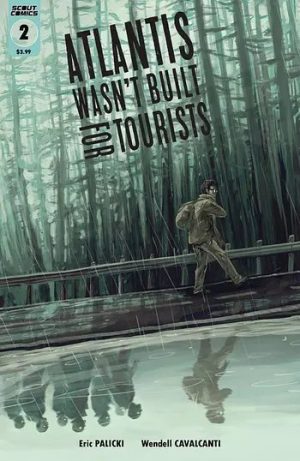 For those who may be upset about the lack of new horror film content movies have you covered. We already saw a few and now another with Atlantis Wasn’t Built For Tourists #2. You do not need to create something no one has ever seen before to make a comic cover work. Sometimes tried and true tropes exist for a reason. The use of reflection has been done time and time again. Why? Because it still works. I have never read this comic but I know this character is in danger and that danger is supernatural. Being isolated in the woods as the rain is coming down just empathizes the hill that is in front of him. The type of cover that makes you want to yell, “Run!” as if he can hear you. 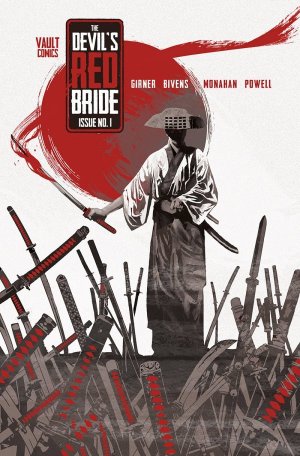 This cover is striking. As a major fan of Akira Kurosawa films, I am super excited to get a book centered on life in 16th Century Japan. A field littered with swords could signify a number of things. Perhaps a massive battle that left swords without a master. Maybe this Samauri we are looking upon collects them from his fallen foes. Based on how his weapon merges with a bloodsoaked sun one would believe death is always by his side. Love how the red lays upon the white like a brushstroke atop an untouched canvas. His artistry as a warrior aligns with the very image he is capture upon. Vault has put out some great covers and this ranks among the top. 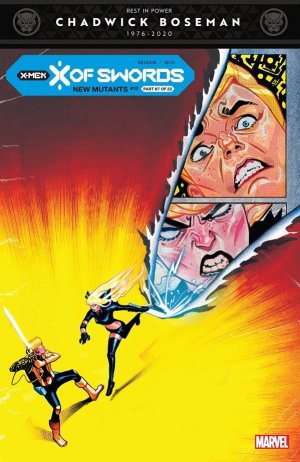 When I put these lists together I take a quick glance at all the covers coming out to see which ones catch my eye. On the first few go-arounds, I skipped by this far too quickly. After a quick glance, this seemed pretty uneventful. A mostly blank cover with two characters fighting. Then I realized Magik’s sword was interacting with the cover itself. Cutting away to reveal the panels that open up the comic. No idea how I missed that. It has been a long week. Marvel has a long history of meta covers, but those examples typically involved dialog and are more humorous. Characters like She-Hulk talking directly to the reader for example. This is a bit different as the cover is cut away to give a hit at what is to come.

So those are my picks for the best covers of the week. What did I miss?

Don't Blink Or You'll Miss All The Geeky Things