Marvel is not in the greatest of places right now. DC Rebirth is not only getting a lot of praise it it also selling a lot of comic books. Now Marvel lucky if two of their books scratched the top 10 of mos comics sold in a month. Much of that is a reflection of their current caliber of books, but to be fair they do have a number of great titles still worth reading. That is what this list is about. I looked at all the comics Marvel is currently putting out and came up with a Top 10 of Current Marvel Comics. 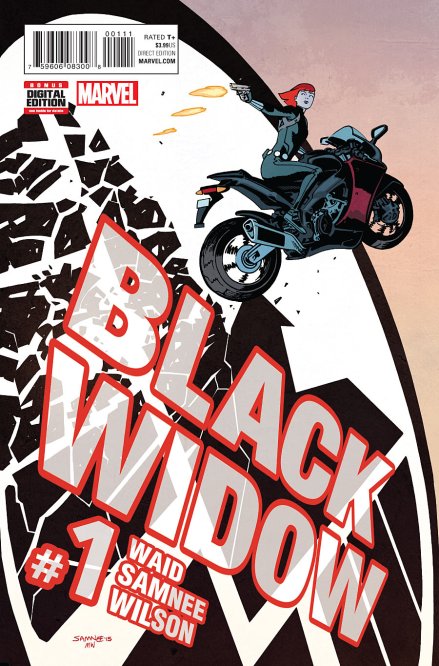 If you want to see what visual storytelling looks like in comics this is the book to read. The series opened up as an extended action set piece with little to no dialog.  That may sound brainless but it was a masterclass in a writer trusting his artist. The story has gotten more complex since that first issue without diminishing the quality of the visual storytelling. It’s the type of quality comic you could only get from legends like Mark Waid and Chris Samee. People have been demanding that Black Widow needs her own movie. They only need to point to this comic as further evidence of that fact 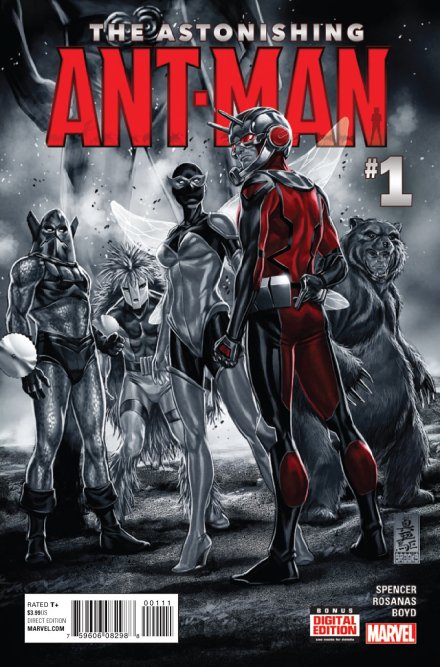 I continue to wonder how Nick Spencer’s Captain America books can be so disappointing but his Astonishing Ant-Man run can be so fantastic. Perhaps it’s simply because the character of Ant-Man better fits his sardonic sense of humor, or maybe it is because he is allowed to tell his own story and not what Marvel needs him to tell. What has really made this book such a standout is the relationship between Scott Lang and his daughter. Within all funny moments it has been there adding a great deal of heart to all the craziness.  It is the type of book that gets both the small and big things right. Fitting no? 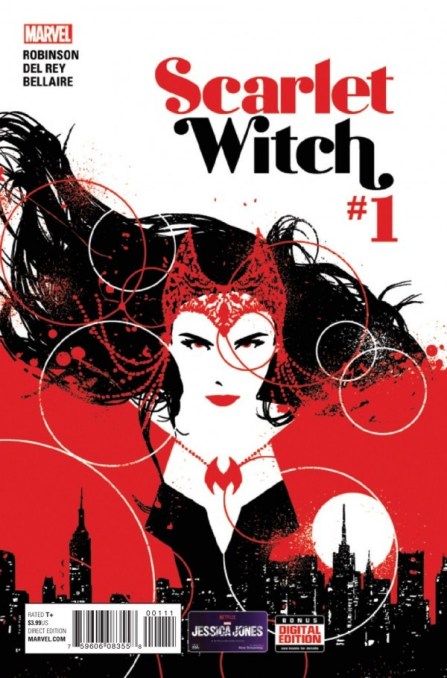 The term underrated may get over used. ( I recently did a Top 10 Tuesday with said adjective so I am as guilty as anyone) Perhaps the word overlooked would be more appropriate because no one I know is talking about this series in any way and that is a shame. Scarlet Witch has long been a character writers struggle to figure out. Magic in general is a tough concept to build a comic around. Considering that writer James Robinson broke this comic book down to a procedural crime comic with magical elements.  Its one of the few major Marvel comics that you could pick up any issue and understand everything from start to finish. If you do I would highly recommend picking up issue #6 where the Scarlet Witch helps out a French superhero trying to get over the death of his wife. It is an amazing story about grief and dealing with depression. 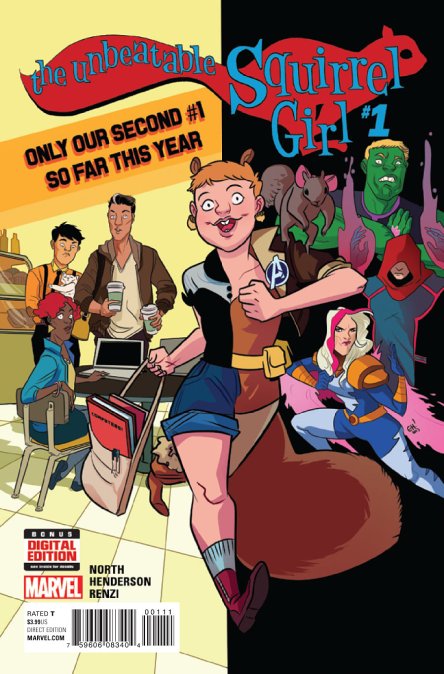 Every time I read an issue of The Unbeatable Squirrel Girl I feel like writer Ryan North thought to himself , “what is something that should be impossible to do in a comic or storytelling in general? Okay…I’ll do that”. So far this year he had a love story involving Mole Man, a choose you own adventure comic, and a issue that involved Squirrel Girl fighting superheroes with computer science concepts like binary. None of those should work and all of them did. It is not the type of comic that will work with everyone, but if your sense of humor can handle it this is a great read. 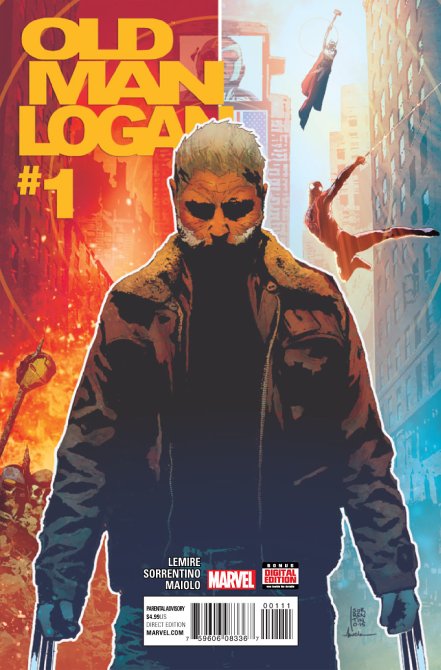 The X-Men comics may be in their worst state since they were first cancelled decades ago. It appears Marvel has shifted focus away from the mutants and more towards the Inhumans. Luckily X-Men fans do have some mutant goodness still on the shelves. All-New Wolverine has also been quite good and is certainly an honorable mention for this list.  Old Man Logan won out for one simple reason: Andrea Sorrentino. He is rewriting the rules with the storytelling you can do with comic book paneling. In issue #11 he had a splash page the beautifully encompassed the essence of the character of Wolverine, and it may have not even been his best work in that issue.  That’s not to take anything away from Jeff Lemire’s writing. His stories have been solid, but it is Sorrentino who brings it to another level. 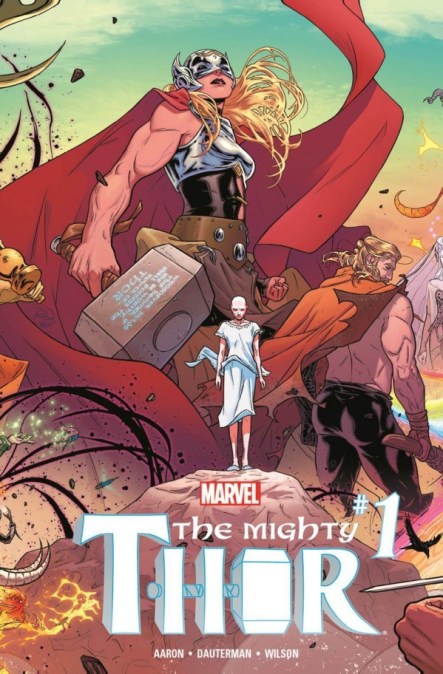 So much was made over the fact that Thor was becoming a woman. People who never read the comic in their lives suddenly were majorly upset a character they have a passing interest in was changing. What was missed in all that outrage was how pretty fantastic the Thor comic has been and continues to be to this day. Jason Aaron is one of the best writers today and is able to approach the mythos of Thor in a way that is  true to the character without being overly dense. He has made Jane Foster (spoiler I guess) as Thor into one of the best characters in Marvel today. By crafting this dichotomist character that on one side is literally a god and on the other a mortal women fighting for her life against cancer he has been able to develop some truly compelling stories full of emotional resonance. 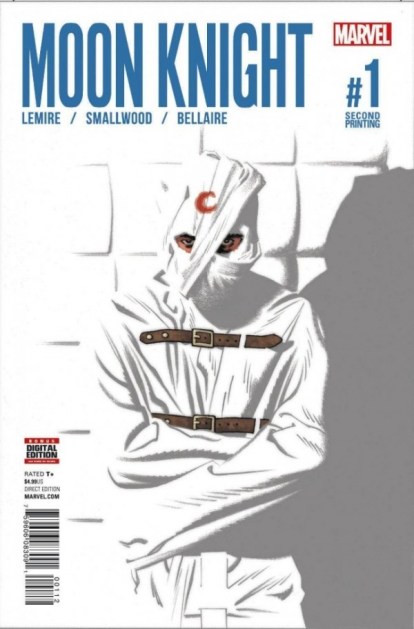 I am starting to feel bad for Jeff Lemire because this is his second comic on this list of his and the first thing I am going to talk about how great the art is again. Similar to Old Man Logan the art here is so good you do not even need to read any of the words on the page to enjoy the book. It certainly helps and you do have to give major credit to Lemire because he has two great books on this list that are vastly different in concept, tone, and style. With Moon Knight he explores the fractured mind of Marc Spector in some truly creative ways, and if the most recent issues are any indication he is only getting started. Moon Knight is not a character many people take all that seriously, but the truth is he has yielded some really great comics in recent years. This being no exception. 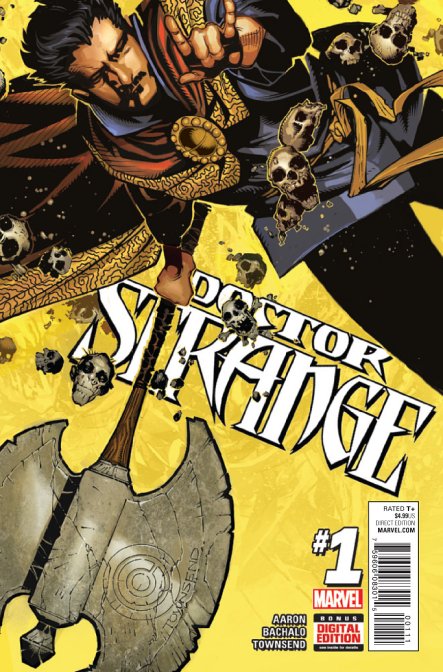 Doctor Strange marks the second Jason Aaron book on this list. This does share some common qualities with The Mighty Thor. With both Aaron has taken characters that can be challenging to get into and made them more palpable for general audiences. Aaron took what is usually an abstract concept with magic and gave it real world stakes and consequences.  Now Dr. Strange is not just a random guy with funny sounding incantations he is an actual warrior. It takes a special kind of writer with a special set of skills to redefine a character in the way Aaron has with this series. I never thought a Dr. Strange series could work beyond a short mini, but leave it to Jason Aaron to prove me wrong. 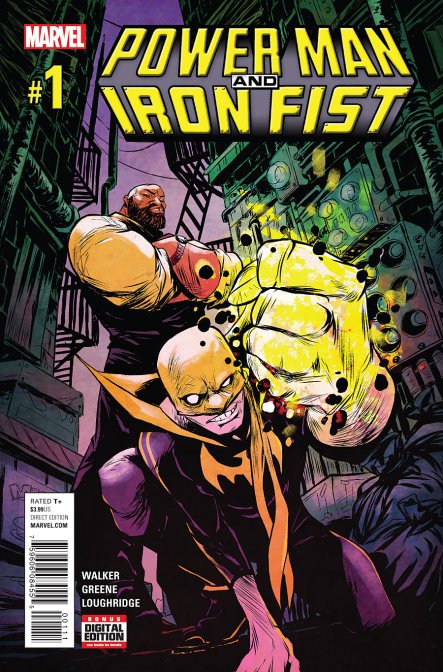 Power Man and Iron Fist is like the recipe that calls for ingredients that do not seem like they go together. The directions seem simple enough from far away but the closer you look the more you realize the simple genius that went into make all these factors work in tandem. You have a style that is reminiscent of the throwback history of these characters while still remaining modern enough to keep it timeless. There is a unique sense of humor, but at the same time this series has approach some heady material regarding race and societal norms. With one wrong move this could go up in smoke and be a complete disaster, but so far it has come together to be one of the most refreshing comics Marvel has published in some time. 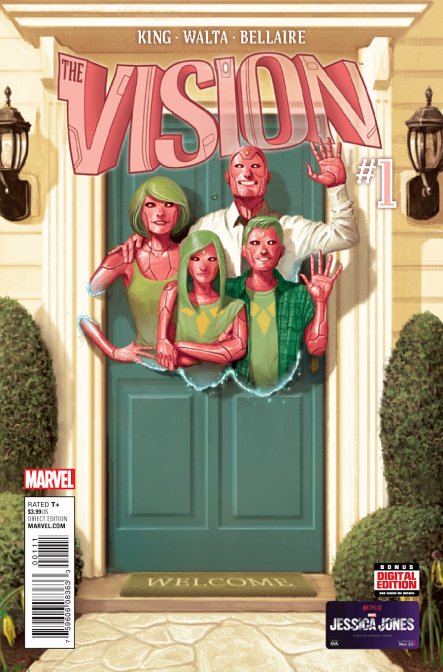 With only one issue left I am glad I can get this on the list before its done. If you have not read Vision yet stop what you are doing and read this utterly messed up amazing comic. The only thing more impressive than this comic is the fact that Tom King got Marvel to allow him to make it. He either has some major blackmail he collected during his CIA days or Marvel is so desperate that they will try anything at this point. Whatever the case  The Vision is without a doubt the best thing Marvel is making at this current moment.  It is twisted in the best ways possible. The emotional and psychological depth this book has is unmatched in today’s major comic book world. Jokes aside Marvel should get major credit for giving Tom King the freedom to make a comic book like this. I could sit here and explain what the book entails but I am not a good enough writer to do it justice. I implore you to pick up the first trade, open your mind, and get ready to be amazed by truly brilliant storytelling.