I give this comic points for finding a new approach to a World War II story. I figured at this point that would nearly be impossible. The story overall is quite creative as well. It is like this mythical look into how to use propaganda and iconography to win a war. It has some fantastic art with a great use of black and white that leads to some truly troubling imagery. I am uncertain if there is any desires to take this idea any further but I hope so because this concept still has a lot of life in it.

If I was going to give an award for most improve writer I would have to give it to Robert Venditti. Maybe it is Geoff Johns’s influence or the chance to start over with Hal Jordan, whatever the case may be Venditti took a title that was plainly awful and made it into one of the best books DC has out on the shelves today. Hal Jordan feels like Hal Jordan again, and the recent issues the use of some classic DC villains has given it the space adventure atmosphere it was previously lacking.

As a child who grew up in the 90’s the Power Rangers were a bigger part of my life than I would like to admit. With that I had to check out what Kyle Higgins was going to do with them in this series. His greatest achievement was finding the exact right tone to write. In sheds the ridiculously cheesiness of the 90’s show without becoming too overly dark. It has progressively gotten better and better and with the shocking conclusion of the most recent issue I am excited to see where it goes next. 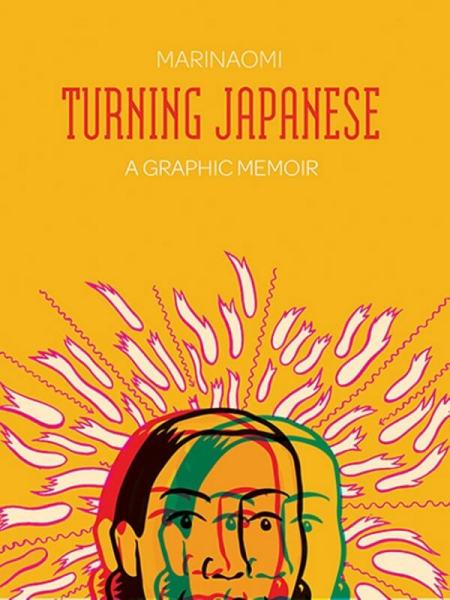 Turning Japanese is this deep dive into the complexity of culture and how a person can become disconnected from their own heritage. It maintains a steady sense of humor about itself, despite the fact it enters into some serious topics as one would expect from a memoir. It’s honestly and slice of life mentality make it a easy read full of interesting stories about a world and a life many of us know nothing about.

You can not get a comic series like Black Widow unless you have an artist and writer that completely trust one another. With the constant rotation of artists in today’s Marvel world it rarely occurs anymore. Waid knows when his words are not needed as Samnee’s art often expresses everything that needs to be said. The first issue burst out of the gates as this insane extended action sequence and as it has continued that visual flair to tell deeper stories.

When reading Descender  I find myself just sitting back and absorbing Dustin Nyguyen’s beautiful water color artwork. There is really no other book that looks quite like it out today. When you match that with Jeff Lemire story telling talents you  get one solid science fiction story. Imagine if A.I. Artificial Intelligence followed through with its promise and you have this book.

Generation Zero  had one of my favorite first issues in 2016. I have read Valiant for some time but had little knowledge of this team in general. Fred Van Lente’s made a bold choice by not even including any of the title characters in the opening issue. He instead focused on other characters allowing the legend and importance of the team to build. Since then he has continued that momentum with the first arc building a fascinating team.

With the Israeli-Palestinian at the core of its narrative The Attack immediately offers a lot to digest. This is not a story of taking sides or one that seeks to claim a victor, but rather a showcase to the sheer chaos this conflict has erupted and how impossible it is to fully grasp. It showcases the dangerous of separating ourselves from the ones we love, and how we can become victims of our own ignorance. There is so much emotion in this story as we watch this man go through absolute hell to find answers.

When you have a character like James Bond that has had over twenty big budget movies and tons of classic novels it is nearly impossible to create a version of the character that has yet to be seen or read. What Warren Elssis does with Vargr is take the ruff and tough seriousness of the Daniel Craig era, but brings in some of the classic charm of Connery. Ellis Bond’s is also a thinking man who does more than punch and shoot his way out of a situation, not that he does not find joy in that as well. If you are at all a Bond fan this is the type of adaption you can easily get behind.

You would think by now we would have run out of ways for the world to end or to frame a dystopian future, but Eclipse provides something new. I would explain it like the opposite of Danny Boye’s Sunshine. Instead of a space adventure to save a dying star it takes place on Earth where the Sun’s strength has made living above ground during the day impossible. At its heart its a crime story centered on mysterious murders that are occurring.  What is most impressive about this series is that its Zack Kaplan’s first. Both him and artist Giovanni Timpano could be a team remember in the future.

We here at GCRN are rather big fans of the IDW TMNT series. Personally it helped me change my mind on licensed properties. Before I would tend to immediately dismiss them as nothing more than cheap cash ins. What the IDW series had done was build upon the lore of the turtles in some fascinating ways. This year also some the release of a second series with the Universe title. So far Universe, although not as strong as the main title, has etched its own style and tone that makes me think both series can exist quite easily at the same time. 69. Mary Wept Over the Feet of Jesus

Chester Brown uses this book to drive deep into his interpretations of some of the best known Old Testament stories. He has written a great deal recent regarding prostitution and the rights of sex workers. Here he uses the bible as justification for their proper treatment and deconstructs the taboo way sex is treated in the traditional conservative mindset.

I struggled with where to place Reborn the most on this list. This is a series I could easily see as a top ten contender for next year, but with only three issues out currently I did not feel comfortable listing it any higher. Mostly due to how there are still a great deal of questions that remain with this series. That is also what has made this such a compelling story so far. There is a lot of potential with this concept with the super team of Mark Millar and Greg Capullo behind it and I have faith that potential will be realized.

They say do not judge a book by its cover, but when it comes to comics it is hard not to do just that. Sometimes that can work out in your benefit as the twisted covers of The Eight Seal were a big reason I checked this series out. That and how it was written by James Tynion IV who quietly had quite an amazing 2016. This is a throwback horror story with elements of Species, Aliens, Nightmare on Elm Street, and They Live.  Any horror fan would find a lot to love about this series.

Garth Ennis has written a lot of war comics so I can understand why many may have dismissed Dreaming Eagles as just another comic about WWII. However, what makes  Dreaming Eagles rise above those other comics was the story outside the war. We get a father who flew for the Tuskegee airmen disusing race and rebellion with his son living through the Civil Rights movement. If any comic this year deserves to be made into a movie or a mini-series this is it. Its such a rich concept that would work in any medium.

All these years and Batman remains the Holy Grail of superhero characters. He seems to be the one character no one ever gets tired of no matter how many comics he has. This year we saw the end of one era and the beginning of another. Scott Sndyer ended his run and went out in a very fitting way. He wrote the Batman comics he wanted to and that remained true till the end. Tom King then took over with a lot of hype and hope. While I have enjoyed his run since the beginning just recently the comic has gotten the level I expected with the ‘I am Suicide’ story arc.

The X-Men comics may be in their worst state since they were first cancelled decades ago. It appears Marvel has shifted focus away from the mutants and more towards the Inhumans. Luckily X-Men fans do have some mutant goodness still on the shelves. All-New Wolverine has also been quite good and is certainly an honorable mention for this list.  Old Man Logan won out for one simple reason: Andrea Sorrentino. He is rewriting the rules with the storytelling you can do with comic book paneling. In issue #11 he had a splash page the beautifully encompassed the essence of the character of Wolverine, and it may have not even been his best work in that issue.  That’s not to take anything away from Jeff Lemire’s writing. His stories have been solid, but it is Sorrentino who brings it to another level. 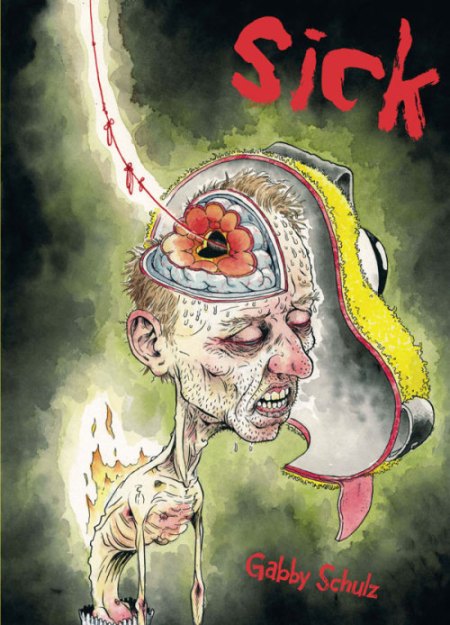 Sick is a comic that lives up to its name. As I was halfway through part of me wished to escape to live in a bubble in hopes of not catching the sickness that was so visually represented in this book. Of course a comic just about getting sick would be rather dull if there was not more to it and here we see the physical sickness used as this allegorical take down of what is keeping our society from being truly healthy. While it may not be as profound as the narrative wishes to be the twisted artwork is something to behold.

Skottie Young is at his best when he both writes and draws his own book. So far no other artist can quite get his humor right the way he can. On the Pull Bag podcast we talk a great deal about this book and the sheer amount of fun it is to read. For those that love puns and highly colorful violence you cannot get a better comic.

I’ll be honest I am not a big Max Landis fan. To me he often represents much of what I dislike about the internet fandom of someone who is first to criticize others on way things should be when his own material is not very strong–at least when it comes to movies. His comic writing has been quite solid. In this series with rotating artist he reminded the world you can still make a great Superman comic. I love the short story concept with each issue being self contained.  It allowed it to have major scope and hit on major parts of the Superman character that haven’t previously be covered in great detail.

Top Gaming Laptops for Serious Gamers from The CES 2017