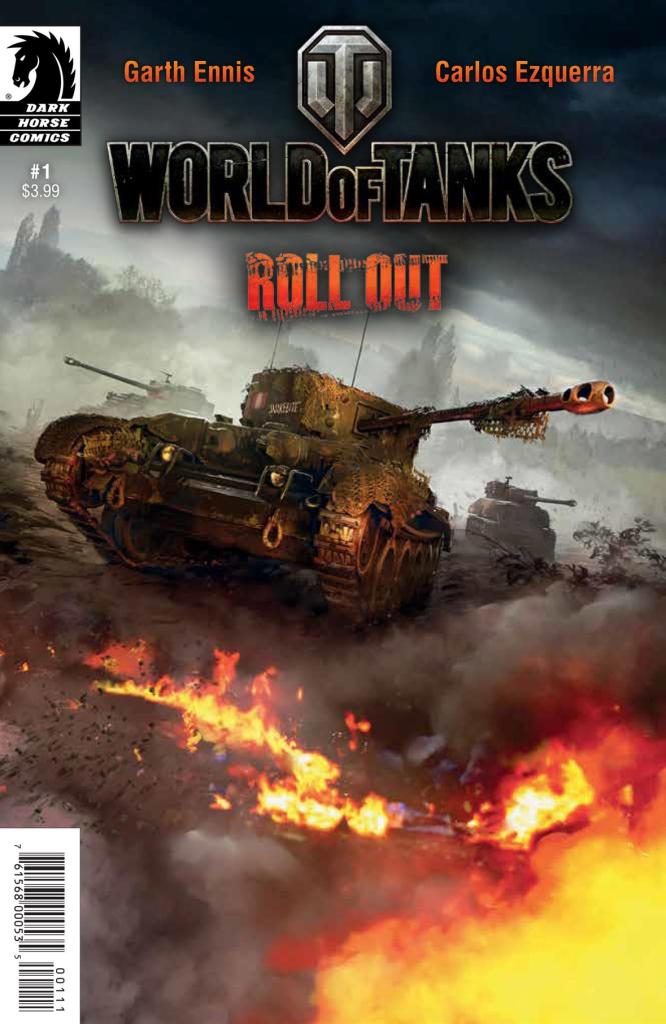 There is no question that Garth Enis knows how to write a great WWII comic. His current series Dreaming Eagles, which tells the story of African America pilots during WWII, is one of my current favorite books. So considering his pedigree it makes sense he was selected to write the first comic in the partnership between Dark Horse and gaming company Wargaming.

Unfortunately this first issue of World of Tanks: Roll Out does not give us a lot to be excited about. If you are a diehard history nut that cannot get enough of WWII fiction ‘Roll Out’ will help you get your fix, but based on this one issue it does not appear this series is bringing anything widely different to the genre if WWII drama.

The story is set during the summer of 1944 when the Allies were making their way into deep occupied France. We see the novice British soldiers who are entering into battle for the first time. Within the first few panels we see how green they are as they react to aftermath of battlefields filled with the broken shells of destroyed tanks.

One of the benefits is Enis gives us both sides. While most of these British soldiers are on the battlefield for the first time the Germans have seen their fair share of battles. In this story the focus is on a specific unit of German Panthers that have been separated from their unit due to constant air attacks.

Enis is smart enough to give us real characters here. These German soldiers are not the over the top evil Nazis you tend to get with comics. It gives the story a level of realism when we witness a level of humanity within all soldiers involved. I do wish more was done to make the personality of these soldiers standout more. So far not one character goes beyond the archetypes we have come to expect with war stories. 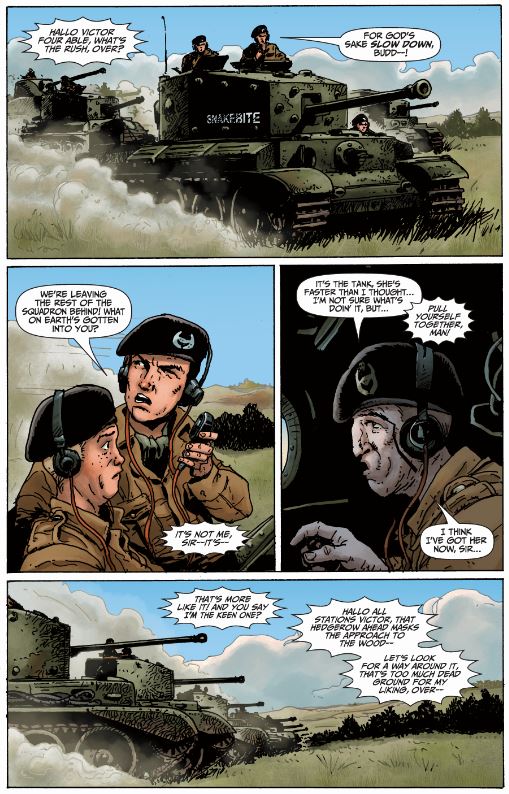 This series is not without potential. It does end with a rather thrilling sequence that makes me excited for the type of tank battles it could bring in the future. Especially battles that bring a level of strategy that did not exist in the impromptu skirmish. Carlos Ezquerra’s art also came alive in these sequences as he depicts this unexpected chaos. It is also Ezquerra’s art that  hammers home the drastic difference in experience the Germans have over the British. The British soldiers are clean-cut and proper with a level of purity that is quickly going to be destroy. The Germans however are gritty and war torn. They appear tired, beaten up, and broken. It is the ultimate before and after of the causalities of war.

Overall when it comes to World of Tanks: Roll Out  I have my concerns but at the end of the day I trust the talent evolved. In this debut issue Enis creates enough of a foundation to make an intriguing story, but do worry this will give us more of the same just with tanks. For some that may be enough to keep reading.