It is rather insane that we are already eight years in and thirteen movies deep into the Marvel Cinematic Universe.  By this time most franchises are majorly rebooting in an attempt to save themselves from cinematic obscurity. To Marvel’s credit they have found a way to not only stay relevant but rule the blockbuster scene during this time. Their formula, while by no means perfect, has successfully brought the world of the comics to the silver screen.

However, that success was on a downward trend. Age of Ultron  felt like a movie that was too big for its own good and Ant-Man  was solid but not spectacular. Winter Soldier  seemed like it was destined to be the peak for the Marvel franchise. Enter the Russo brothers once again.  With Civil War they brought the down to the Earth toughness of Winter Solider with the larger than life spectacle of the previous Avengers films. Yes it has the massive set pieces full of guts, glory, and awe but also remember to tell a character first story that gave meaning to its mayhem.

The Russo’s have a strong understanding of all these characters especially that of Tony Stark and Steve Rogers. It was through that understanding they were able to help craft a narrative that properly explained why these two iconic heroes would  face off. They understood that Stark’s narcissism causes him to vacuum as much as credit as humanly possible, but it is those same narcissistic tendencies that cause him to take the blame when anything goes wrong. That is why he would shut down an entire military operation when his weapons fell into the wrong hands. why he would see it as his duty to protect the world after an encounter with world conquering aliens, and why a caring young man dying in a city he failed to fully save would not be excused as simple collateral damage. Stark is pride incarnate and when that pride is shattered he acts instantaneously to restore it. 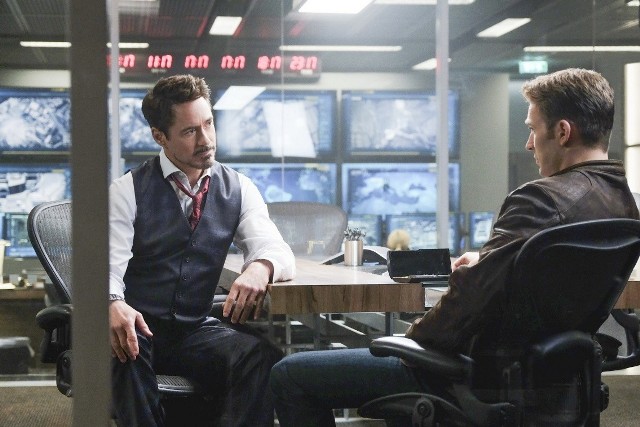 On the other hand Rogers is a man of the utmost conviction. He has an unyielding duty to his fellow man and solider. It is a duty built on principals that are greater than any set of laws or any one country. It is due to his conviction that he can accept failure when it is inevitable or unavoidable. That is why when unnecessary barriers are put in his place he breaks through because for him the greater good should always take precedence over the folly of man. That is always why certain failures haunt him like the supposed death and brainwashing of Bucky. He is the solider he failed to go back for—the crack in the unbreakable shield.

When you combine the hunt for Winter Solider with an Accord that severely limits the power of the Avengers due to the collateral damage they caused you have the ultimate conundrum for the A moral Boy Scout. That is why despite all the craziness and cameos at its heart this is still Cap’s movie. Yes Spider-Man is fantastic from the moment Tom Holland walks on screen and Chadwhick Boseman embodies everything I could want in Black Panther, but the anchor is still the dichotomous debate between Cap and Iron Man.

The Russo’s showed one of the greatest benefits of this shared universe is not just excuses to have kick-ass action set pieces, which this has plenty of don’t get me wrong, but to use the events of past films to thematically richen the narrative in yours. In a way it feels like this is the movie they have been building to all these years and those Infinity Gems were just window dressing.  They needed the conflict between Iron Man and Captain America to make sense to the point where them fighting each other felt earned. They royally succeeded in that regard, 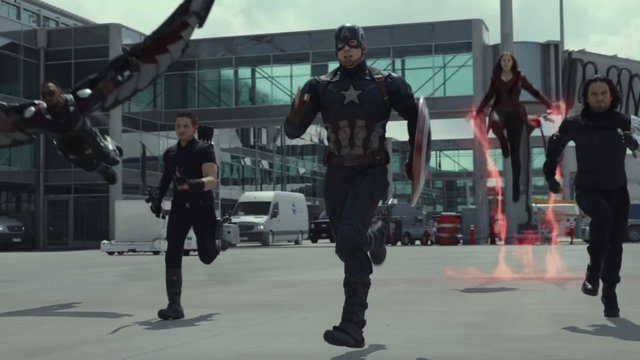 It is no secret that Marvel tends to falter when it comes to creating villains. Minus a few exceptions their lack of depth has made them the most forgettable parts of even the best of the Marvel films. Daniel Brülh’s role as Zemo will certainly not challenge Heath Ledger as best villain in cinematic comic book history, but it is a step in the right direction for Marvel. In a way it is not what Zemo is that makes him effective it is what he is not. Unlike the majority of Marvel films he is not a world conqueror. No, his plan is much more personal and intimate. A case could be made that Civil War would be stronger without him. Make the conflict solely between the sides of Cap and Iron Man. I somewhat agree with that sentiment. The source material in fact proved it would be possible. However, that would also lose one of my personal favorite moments in the entire film that sets up an emotionally walloping final act.

Civil War is not without its faults. There are a lot of moving pieces and it could be easy to get lost. At times the story is forced along causing its progression to feel far less organic when compared to Winter Solider. It contains some truly remarkable action set pieces that give any comic book fan everything they could ask for, however it did not start off that way. The opening sequence was overly kinetic for its own good making it easy to get lost in all the punches and camera shakes.

Those faults aside watching Civil War made me as giddy like a child watching Saturday morning cartoons in his footy pajamas. As someone who remembers debating on Stone Age internet message boards about who would win in a fight Black Panther or Captain America I still cannot believe I live in a world where I get to see that play out so brilliantly on a gigantic iMax screen. While movies like The Dark Knight transcend the genre, Civil War shows why superhero fans love superheroes. Yes there is plenty of fun to be had, yes there timely quips and jokes made in the heat of battle, and yes it is full of next level computer graphics. At its core it’s still a story built upon the backs of finely tuned characters that have supernatural powers but human faults.  No matter what side you may choose at the end we all win in this battle.