Welcome to another installment of Movies to Show My Son. This is the blog series were I discuss movies I can’t way to show my son in the future. I’ll be covering my own personal experience with the movie, movie and life lessons I hope he will learn, and lastly my concerns about showing said film. This week’s film is Alien.

I came very late to the Alien franchise. I am not sure why, but for some reason it was not until a decade ago when I first sat down to watch them. Oddly my first introduction into the franchise happened when I watched the Mel Brooks’s comedy Spaceballs. At the very end at the movie there is a spoof of the infamous chest bursting scene. At at the time did not understand why the horrific act I saw was so funny to a lot of the people around me. After being screamed at for never watching Alien I was quickly made aware of the reference that was being made. 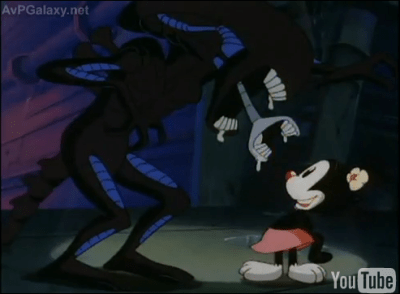 Years later watching Animaniacs I saw another reference to the xenomorphs and began to understand how far reaching these movies had become. Still it was not until much later in life when I took the plunge and watched the films. A fellow movie loving friend who loved Aliens  motivated me to finally watch the franchise. After picking up the DVD set I took his advice and questioned all my life decisions up to that point. Why in the world did it take me so long to watch these amazing films? That is a sin I do not want my son to repeat.

After my first go through I came down on the side of Aliens in the great Alien vs Aliens debate. Both where great movies but I found Aliens much more enjoyable with its intense action and colorful characters.  As time passed  my preference began to change. Each time I watch Alien I found more and more to be impressed with. My overall taste if film evolved as well. I began looking at film in a different way and cared much more about the craft of film making than before. Yes Aliens is an amazing action film, but Alien is simply perfect. Not an ounce wasted. One of the best made American films period.

Considering the fact this includes a man’s chest literally exploding (Spoiler Alert)  I would wait until the mid-teenage years. Part of me hopes that I can shield him enough that the first time he sees any reference to that scene is in the movie itself. If I need to sacrifice not showing him Spaceballs I will do it, because the greatest achievements cannot be made without some sacrifice.

Alien is a masterclass in how to use the power of the unknown along with isolation to build unmatched tension. With how infamous these films have become, and the fact that they will not stop coming out,a it is difficult to put ourselves in a time and place when everything about this story was new and original. That was a time when we did not know the repercussions of getting our faces hugged, a time when we did not know what the Space Jockey was or what to even call it, and a time when the only name for the alien in the movie Alien was alien. If you can enter this movie fresh you can see how a perfectly paced screen play is patiently waiting to answers questions you were not even asking. 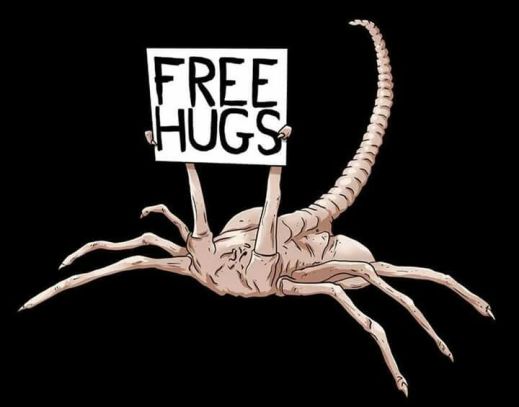 The infamous tagline for this film was “In space no one can hear you scream”. Not only is it a clever way to get you excited for the movie it also showcases a key element that makes Alien such a standout. Director Ridley Scott and writer Dan O’Bannon took away every typical out horror films rely on to solve their conflict. By placing these characters on a mysterious isolated planet they build in some immediate stakes that naturally build tension.  There are no police to call, there is no place hide, and even killing the monster hunting you could lead to your demise.

What my son can learn is how maintaining mystery and constructing a problem where there is no clear solution leads to a major increase in tension. There is no formula here that is being followed. Compare this to other horror or slasher films that telegraph nearly every story beat. With Alien it purposely circumvents expectations by not even revealing who the main characters is until far into the film.

I hope my son can experience true horror, which is a sentence I never thought I would type or say out loud. Obviously I do not mean horror in real life, rather the genre of film making in its purest form. We all had those movies as a kid that scared us for one reason or another. When I was a kid I’m Afraid of the Dark was the scariest thing I ever witnessed. Alien is more than just scares though. Yes it has a few of those jump out moments, but what really makes it linger is the atmospheric dread that permeates from beginning to end.  Similar to when people have that feeling that someone is watching them. Nothing feels natural. While I see him enjoying Aliens more as a film, my belief is the Alien will have a greater impact on the way her views the process of film making.

‘When the going gets tough, the tough get going”. Alien teaches you that when emergency situations occur you never know who will rise up to the occasion. Ripley was not the highest ranking member of the ship. She never had previous combat experience, nor did she have any special training that would make her survival more likely. What she had was the will to survive.

I doubt my son will be in a situation where his spaceship comes under attack from a mysterious alien creature. Despite that this does go down as a reminder that there will be times when you need to go above and beyond to survive or thrive.  Throughout my professional career I have come across individuals who will toss out that deflating line, “That’s not my job”. Those people, no matter the situation, will do nothing they consider outside their job distribution. Sometimes you need to read the situation and understand the stakes. Your failure to step up can not only lead to the failure of the team but yourself as well. 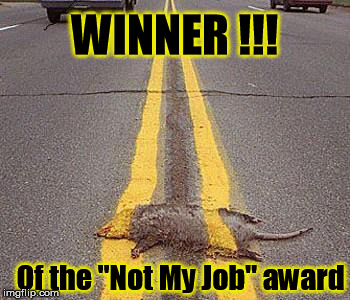 I hope my son can learn that in these emergency situations is when you find out who someone truly is as a person. If an emergency happens you can either sit back and work as normal, give up and not even bother, or go the extra mile to ensure success for yourself and others. Maybe the captain of your ship or the supervisor of you department does not have the skills to get the job done. In that case the door may be open for you to step up and show what you are capable of accomplishing. Now if you work for an evil corporation that secretly places androids to collect data on a unknown alien cargo ships going the extra mile may not the best best course of action. Similar if you work for an organization that refuses to recognize or reward extra work it’s a good idea look for better options. I hear Skynet is hiring.

In addition there may not be another character in cinematic history that better empathizes the power of the human will than Ripley.  People credit Die Hard for crafting the idea of the every man action hero, but a decade before John McClain we had Ripley. In fact she is more of the Average-Joe than McClain ever was. She never set out to be a hero, instead she was just trying to make a living and got tossed into an insane life and death situation. There was no fight or flight option for her either. She was backed against a wall and relied on her knowhow to survive. I hope my son can see that see that Aunt May is right. There is a hero in all of us and at times it is our duty to step up.

As mentioned when I first watched the Alien franchise I enjoyed the first film but not nearly to the level I should have.  With a slower pace I do worry my son my not be as enthralled with this film as I have hoped. All that mystery and tension built may mean nothing to a fifteen year-old that is just looking for the next action sequence. Teenagers are not well known for walking out of movies and commenting on the well developed atmosphere the movie created.

The other piece is just how famous this franchise has become. As mentioned a lot of what is so phenomenal about this movie is how it slowly reveals and answers its mystery. The issue is if you have already seen references to the infamous chest bursting sequence that moment does not nearly mean as much. In fact knowing there is an Aliens movie that stars Sigourney Weaver as Ripley somewhat ruins one of the best parts of this movie. There is a similar problem with a movie like Psycho. The death scene of Janet Leigh  is so infamous at this point it can never have the same impact it did when it was first released. It is simply the bittersweet reality of crafting a movie that is forever in the pop culture zeitgeist.

Beyond trying to shield my son from any potential spoilers for this movie the key will be to properly set up expectations. Personally I feel Alien holds up tremendously well for today’s audience but thirteen years from now that may not be the case. If I can get him ready for a movie that may not be as fast paced as what he normally watches that issue may end before it starts. Even if he is aware of some of the key moments he can still appreciate how well they are crafted. He may already know Ripley survives till the end, but the question of how is just as exciting to see answered.