In the Tradition of MovieRevolt Dan we bring you guys the first in our series of 2015 Movie Awards! With Dan tending to his newborn for most of the year he wasn’t able to get to the theatre as often as he normally does. With that being said, I will step in for him this year and try to do his typically great lists justice! We start with the Best Genre Films. Genre films are often left out of most movie awards. Occasionally you’ll get a Star Wars or Raiders of the Lost Ark, but more often than not films like The Dark Knight, Die Hard, and The Matrix will be left out in the cold. With that in mind we wanted to continue to specifically highlight these films in our own way. I have gone through all of the main genres that stood out this year and picked out what films I thought stood above the rest. 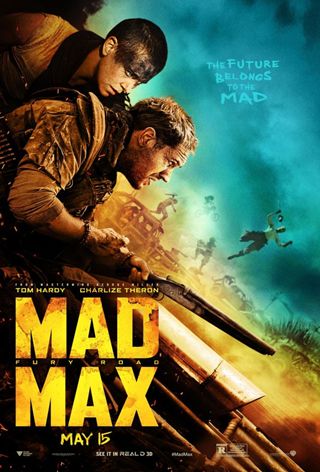 Best All Out Action Movie:

Max Max: Fury Road took the movie world by storm this year. Far removed from the last entry in the franchise it was hard to gauge the interest in this new addition. However, the 70 year old George Miller proved once again that he can do action like no other. A pulse pounding, non-stop action piece from beginning to end with little need for plot of story, Mad Max: Fury Road impressed both fans and critics alike and far surpassed expectations in 2015!

Honorable Mentions: Honestly no movie this year deserves to be in the conversation with Mad Max, so there are no honorable mentions in this category

What We Do In The Shadows

Like Dan mentioned last year, it seems the traditional straight out ‘comedy’ becomes more rare as each year passes. What We Do In the Shadows I suppose could be classified as a straight comedy but it can also be categorized in a number of other genres as well. Regardless how you categorize it, it easily made me laugh more than any other film this year and was a run away choice for this category.

In a year where there didn’t seem to be nearly as many crime films as there usually is (maybe I just didn’t see them?) luckily we had one that clearly stood out in an award worthy way. Sicario was a thriller from beginning to end that never telegraphed which way it was going. Words that come to mind when describing this film are, action, tense, shock, disturbing, and real. Highlighted by an ensemble of great performances by Emily Blunt, Josh Brolin, and an award worthy Benicio Del Toro, Sicaro is definitely a film that shouldn’t be missed.

As Dan said last year, Fantasy can be a tricky genre year by year to find a film worthy of deserving any type of praise. You would have thought going into this year that Del Toro’s latest film, Crimson Peak would be a shoe in for this category. However, it took everything I had just to feel ok listing it as an honorable mention after being very disappointed in the theatre. Cinderella came out early in the year and in a very unassuming manner. It made no big splash and probably has been forgotten by most when compiling their year end lists. This film was successful in so many ways though. Lily James and Cate Blanchett were fantastic in their roles and Kenneth Branagh proved once again how artfully he can craft a film.

Perhaps there should be an asterisk next to this award because in my movie rankings for the year I have two science fiction films ranked higher than The Martian. I give this award to this film more based on the fact that I feel it is the best complete example of a great Science Fiction film and the others could be classified in a few other ways. The Martian was a film I really didn’t have positive or negative expectations for and came out of the theatre truly amazed. Matt Damon, as usual, is fantastic in this film and it was nice to see a film that allowed him to truly perform. This film found the right balance of drama, adventure and humor and is a great addition to the sci-fi genre.

That’s right, the first year where a Marvel film does not take the crown. I would classify 2015 as a ‘down year’ for comic book films. (Don’t worry they will be back in full force in 2016!!) Avengers Age of Ultron was a huge disappointment and we all know Fantastic Four should have never been made and is most likely one of the 5 worst comic book films of all-time. You could make the argument that Ant-Man deserved the award this year but I just had higher ratings across the board for Kingsman: The Secret Service. The one word that best describes this film is ‘fun’ and it also includes one of the best scenes of the year, even if it did turn off a lot of people to the movie.

For the record, I haven’t seen Anomalisa, The Peanuts Movie or Shaun the Sheep so perhaps you should throw this one out the window but out of the animated films I did see, there is no doubt that Inside Out stood above the rest. A great addition to the Pixar library and perhaps the most intellectual chapter in that library, Inside Out is finding its way onto a ton of Top Lists across the net. Initially I had a rather abrasive reaction to the film as it turned me off quite a bit in the theatre. It has grown on me over the course of the year though and I can’t deny its worthiness here.

Another weak category this year, I would probably say this is the lowest rated film I am giving an award to this year. I went back and forth on if Trainwreck or While We’re Young was more deserving and I’m still not sure I made the right choice. Bill Hader was great in this film though as was Lebron James and John Cena. I’m not sure this movie really does that much different or unique to make it stand out in the genre and I’m not a huge fan of Amy Schumer but for the most part the movie works and provides at least a couple laughs along the way.

First off, I am a terrible person to choose which movie should win a Horror award seeing that its the genre I watch the least of. Second, I know every single person who reads this will argue that the choice should have been It Follows. For me though, I enjoyed The Visit much more. Maybe it was just the satisfaction of seeing M. Night Shyamalan finally make another good movie but I really enjoyed all the performances and laughed more in this film than almost any other film this year outside of What We Do In The Shadows. The film did have enough suspense, scares, and creepiness though to make it a well balanced horror film. Don’t sleep on Goodnight Mommy though, that one is slowly working its way up my rankings…

I don’t think much needs to be said here. Not only is Star Wars: The Force Awakens the highest grossing film of all-time already, but its actually a really good movie as well. J.J. Abrams masterfully balanced the old and the new to set the stage for a cinematic universe that could even put Marvel to shame when all is done. The new cast is amazing, the old cast was handled perfectly and all the elements of adventure, mystery, and humor that made the original trilogy what it is today were all there in spades.

One of the biggest surprises of the year for me was a movie I caught OnDemand over the summer called Z for Zachariah. I may like this one better than most but the relationship between these three characters was captivating to me. The decision making, the motives, the underlying themes were all so interesting that I find myself thinking about this film on a monthly if not weekly basis. Granted Mad Max would probably be the pick for most people in this category, but I used that Film in my Action genre which perfectly allowed me to champion Z for Zachariah one more time!

Every year we get a handful of coming of age films and this year was no different. I tend to enjoy this genre quite a bit, and although I would not put Dope up against the likes of Mud, Perks of Being a Wallflower or quite a few other films in the genre we’ve seen in the past 5 years, I still do think it has a lot to offer and in a unique and clever manner.

Honorable Mentions: Me, Earl and the Dying Girl

It’s quite possible that many of you could have up to 3 Westerns in your Top 10 or Top 20 this year. I would probably rate The Hateful Eight slightly above this as an overall film but when thinking about which film best represented the genre, I think Slow West is a no brainer for this one. I really liked the movie at first but didn’t love it as so many others did. Since then its really grown on me and I look forward to watching this one again. Also has a couple of the best scenes/sequences of all of 2015.

Dan always switches up his last award based on what best represents that particular year. I felt like this year that genre was the Western one that was just talked about above. However, I couldn’t ignore the fact that his year also seemed to have figured out how to do a Biopic successfully which so many other years really struggle with. So, I also wanted to highlight this genre and the best example I could think of was Love & Mercy which like the poster says, was a visionary take on the genere complimented by excellent dual performances by Paul Dano and John Cusack.