The failure of video game films has been well documented. Although video games have been a major part of pop culture for decades we have yet to see a fully successful crossover hit the big screen. On paper Warcraft seems like the movie that could do it mainly due to the man behind the camera Duncan Jones. With Jones Warcraft has both a talented filmmaker and someone who is well familiar with the source property. This will not be another Super Mario Bros that barely resembles the video game it is depicting. Unfortunately, Warcraft is vapid, dull, and empty—but not completely void of merit. The search for a great video game movie continues.

Its biggest failure is the inability to create characters that are well developed or at the very least interesting. Great fantasy is not about complex mythology, massive set pieces, or globs of colored energy facing off against one another.  All of which are very present here. It is about larger than life characters that exist in a world that begs you to be a part of it.

The story plays out like a game that skips the tutorial and throws you in head first to figure things out on your own. We see the Orcs who have banned together in an attempt to find a new home due to the death of their own. These Orcs are led by Gul’dan  a powerful wizard who utilizes the magical force fel. This fel gives him unparalleled power and the ability to open a portal to the world of  Azeroth. Gul’dan is determined to rule Azeroth and it is up to the humans and few rebellious Orcs to stop him and his Horde army.

Toby Kebbell as Durotan was the closest the film got at creating a memorable character. The movie was at its best when he was on screen. Durotan is the leader of the rebellious Orcs and only seeks a better life for his wife and soon to be born son.  He fears Gul’dan and his fel caused the destruction of their home world and hopes to prevent Azeroth from suffering a similar fate. Oddly Durotan had the most human story–one that was simple, well executed, and well performed.

A big reason Durotan worked as a character was due to the special effects and use of motion capture. Althought he was a fully CGI character his expression and emotions were fully realized. The effects were not always spotless. The interactions between human and orcs were not fully convincing and a major step down when compared to something like Dawn of the Planet of the Apes from a few years ago. If the live action actors were removed altogether it may have led to a better looking and majorly improved film overall.

That in large part is due to the sheer boredom that occurred when the human characters were on screen.  Travis Fimmel as Anduin Lothar , the main human protagonist , lacks major defying qualities beyond his fighting ability and unique choice for transportation.  Dominic Cooper as the king  of this kingdom Llane Wrynn is generic, Ben Schnetzer as the unproven young mage Khadgar is annoying, and Ben Foster as the powerful wizard  Medivh was horrendously over the top.

The worst of the worst is Paul Patton as the half human/half orc Garona. . The movie asked her to do a lot and she could never fully deliver. This failure was not due to her alone. Her costume is inexcusably poorly designed. We live in a world where we have amateur cosplayers who can create costumes that look like they were designed by big budget Hollywood studios in their garage. So it is odd when a costume in a big budget Hollywood film looks like it was made in under an hour with cheap spray paint and glue-on tusks. 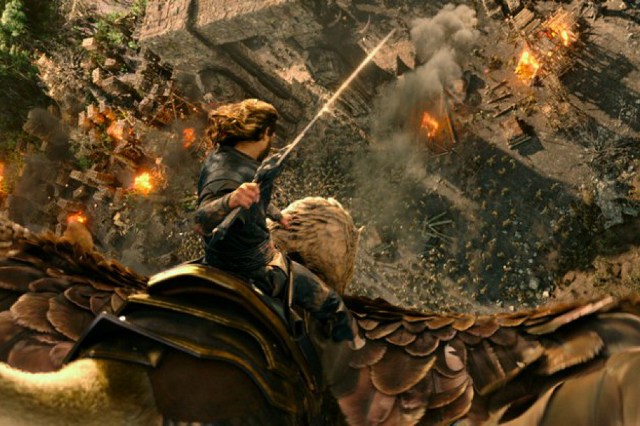 Mostly Warcraft is a movie that is trying to do way too much. The reason many of these characters fail is because we do not get much time to understand who they are. They are just pieces of plot in humor or Orc form.  The entire world and how it functions goes unexplained. There is the old notion that it is best for movies to show and not tell, however when you have a movie showing you so much it is hard to determine what exactly it is trying to tell you.

The fantasy here is not crazy to have the insane fun of something like Willow, nor is it done with the elegance of Lord of the Rings to make it respectable on a more artistic standpoint. It stands more in middle ground trying to be a little of both. This makes it a film that takes itself too seriously even when it is being utterly ridiculous. There is some fun to be had and director Duncan Jones does stage some engaging set pieces, but overall it’s just another failed video game movie that’s not awful enough to be ironically enjoyed or good enough to break the video game curse.