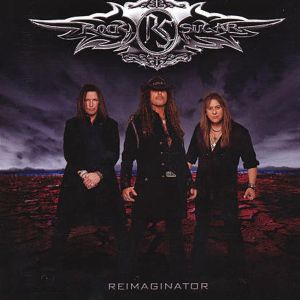 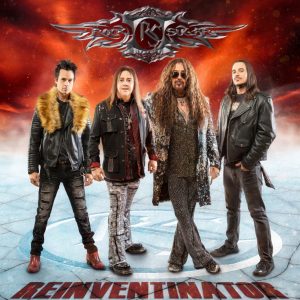 If you’ve NEVER HEARD of ROCK SUGAR, well here’s their story in their own words. Join me TFG1Mike after the story, and I’ll give you my thoughts on the band, the music, and the REVOLUTION THAT IS ROCK SUGAR!!!!!

Also followed by trying to figure out how to use the internet, living through a global pandemic, and getting locked up in a dungeon. You got to take the good with the bad!

2010 was the best of years for Rock Sugar. Rescued at last after two Shipwrecked decades being slowly brainwashed by 80s pop songs, and following an ill-fated performance on my stinking butt Mitzvah party yacht, the band returned to their native Hollywood however, their initial Joy Soon faded as they discovered just how much things have changed in their absence their old apartment was now a foggy building called a dispensary, there was apparently an invisible World Wide Web wrapped around everyone alive, and the entire universe was seemingly under the complete control of forces known as social media influencers although why their influence has meant more than those less social was anybody’s guess. The Band adapted as best they could and Unleashed their first album, ReImaginator, upon an unsuspecting public. After the shock of hearing ACDC and Madonna being flawlessly Mashed together without anyone spontaneously exploding, things began to soar for RS their videos went viral and the band performed live to hundreds of thousands sharing stages with the same artists that they had posters of hanging on their walls in the 10th grade. Literally they used to break into their school late at night and hang glossy images of Bon Jovi, Def Leppard, Motley Crue, and etcetera all over their classrooms. These posters were quickly taken down and never returned to the band, an early indication of what to expect when they eventually began paying taxes. Most importantly however after their return from the island they began to assemble their beloved Fan Club the sugar heads from all across the globe without whom the lives of Rock Sugar would never have been nearly as sweet.

After this Whirlwind of activity the band members tried to assimilate into a culture that had changed immeasurably since they’ve been gone so many things were different but people always needed their pizzas delivered so their day jobs were largely the same. And soon a miracle occurred even though nefarious forces had taken lethally sharp scissors to the entire rock and roll hair bands since the Carefree days of the 80’s Rock Sugar’s desert island Exile with only pop tunes to listen to had lingering effects. The band were well able to appreciate great songs or great people with or without power cords no matter what they might be labeled, how they appeared on the surface, or any other trivial details. And thanks to some magical and new to them online sources RS discovered many great new pop songs including thousands on something called YouTube that were apparently and miraculously somehow performed entirely by cats! Which classic 80s hard rock anthems never far from their minds exciting new ideas began to form in the second even more daringly insane Rock Sugar Masterpiece slowly began to crystallize and after all crystals are rocks. Soon enough, if you’d consider 12 years soon enough, the new Rock Sugar album was nearing its completion. However, much like an undersea Stonewall syncing a doomed Bat Mitzvah party yacht, just below the surface, trouble was brewing. Fun-loving mashup aficionados weren’t the only ones who had closely followed Rock Sugar’s path. Shlomo Rosenberg the still angry party owner on the previously mentioned sunken yacht, had also caught wind of RS’s return. Reasoning that they owed him a yacht and after much careful planning Shlomo made the only logical Choice, kidnapping the band and tossing them into a dungeon. Little known fact many people who have Yachts also enjoy dungeons. Go fig! Yet even there, creative ideas of unifying seemingly very separate musical styles and proving they could coexist in Perfect Harmony could not be stopped. After all those years has gone by the band and the world had seen unnecessary divides form between all kinds of groups and styles of people who actually could have mixed together as beautifully as kiss and Paula Abdul. The only trouble was that it’s hard to play guitars and execute Musical and social Revolution when you’re chained up to a wall in a dungeon. However the band somehow managed to send out an SOS and before long with the invaluable help of the ever-loyal sugar heads Rock Sugar made their escape and put the finishing touches on what you are now about to hear. We hope and believe you’ll find that whatever was big on the first album is Huger here, what was crazy is far more insanely inspired, what rock then pops way harder now, and most of all if the first album made you smile 10 times we’re shooting for a hundred this time around. So make yourself comfortable and get ready to hear more of your favorite songs from both then and now in ways you never even imagined and yet ways that sound like maybe they were meant to be cool being together all along just like all of us.

Pop Rocks and so do you!

I believe it was Peaugh who got me into Rock Sugar, and I thank him for that, because this is the BEST mash up band EVER! First off you have JESS HARNELL (the voice of Wakko Warner, Ironhide, and many others you know) as the lead singer. Secondly this seems to be an idea so simple, yet so complicated that it just might work. And boy howdy did it ever…? HELL YEAH it did! Until the announcement of the NEW Album #ReInventinator, I had only thought of Rock Sugar here and there over the last twelve years. At one point, I wasn’t even sure I still had the old mp3 files from the first album. In the 12 years between #ReImaginator and #ReInventinator I had switched from using iTunes to using Spotify… And as we all know sadly Rock Sugar couldn’t “SELL” their awesome mashup albums as physical CDs or even online downloads! I was lucky enough to interview JESS HARNELL in 2010, you can hear that HERE! And you can hear PecanCtMichael and I talk about DON’T STOP THE SANTA MAN HERE!

I’m here to talk more about the latest album ReInventinator, but I will talk about ReImaginator a bit. ReImaginator was ground breaking to me back in 2010, and even now in 2022. These twelve tracks are amazing, and they are FUN! The FUN of #RockSugar is realizing what they mashed together, of course you could look in the liner notes, but hearing Jess Harnell harness both the vocals of AC/DC and Madonna on “Shook Me Like A Prayer”…. it’s like when a black light lights up above your head….. It is as if you’ve been transported back to the 1980s, and are at an AC/DC-Madonna double billed tour!!!! I mean Guns ‘N Roses meets Til Tuesday??? #VoicesInTheJungle is one of my fave tracks from ReImaginator! There are no “in depth” words I can write here, that can express my love of Rock Sugar no matter what they do! They have constantly (over 12 years) have impressed me, they have made me fall in love with 80s metal, and pop all over again! Then there’s the “modern” Stuff!

ReInventinator released through a kickstarter campaign in 2021, it has 14 amazing Sugary tracks! Some of these are sooooooo sweet that we will be ridin’ the Rock Sugar high for another 12 years! Although I hope it doesn’t take that long! ReInventinator surprised me in ways that I hadn’t felt since ReImaginator, but even more so then that first album. Rock Sugar really does Reinvention soooooo sweetly! You Should Check ’em out!

Track 1: Walk In Black For Centuries

Track 2: Crawling Numbly To Somebody Bohemian

Track 4: Shout At The Devil Dog All Night

Track 5: Rebels Out Of Heaven

Track 9: You Give Your Love A Bad Name

Track 10: Since Your BarracudaS Been An Immigrant

Track 11: Another Edge Of The Tiger In The Air

Track 12: Roll You In The Hurricane

Track 13: Any Highway You Want It

What a track lit right? And half the fun is to experience for yourself what songs that they have mashed up! Shout At The Devil Dog All Night and Any Highway You Want It are two tracks that the band had been using as promos for awhile in the build up to this album. I loved listening to them, but they aren’t my favorite tracks on the album. My Top 3 are Another Edge Of The Tiger In The Air, Someone Like Home, and You Give Love A Bad Name! That last choice is a bit weird for me to like it, because I’ve always skipped that Bon Jovi Song, after hearing it a million times on old radio stations. Countdown To Fireworks is just funny to me, it’s a great mash up, but I never would have thought of it.

The bottom line with Rock Sugar is that they go beyond all expections. Big Brother (The CBS reailty series) has this saying, “Expect The Unexpected”, and Rock Sugar take that to a whole new level. Ending this album on Countdown To Fireworks is amazing! Probably the only time I’ve EVER enjoyed The Final Countdown song!

If I haven’t conviced you to at least check out Rock Sugar, then I’ve been writing this for nothing. The point is I could use any number of awesome descriptive words to explain them to you dear reader, but until you experience them for yourself, you’ll never know the amazement that this band is!