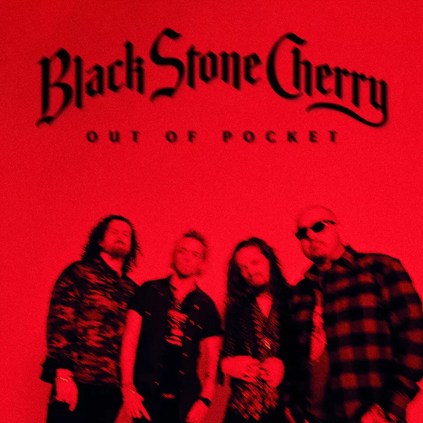 Hello all and welcome back to TFG1Mike 365! It’s Day 6 of 2023!!! New Year brings new hopes and dreams to all of us I think. In case you haven’t read any of my blogs before, you can find all the blogs over at FROM THE DESK OF TFG1Mike! Normally my goal with this series is to wake up each new day, and find something on the internet, or in real life to write about. And over the next two entries it’s gonna be all about NEW music I’m listening to!

Black Stone Cherry have never let me down EVER! These good ole Southern Rockin’ Kentucky boys have given us somethin  new almost every year since 2015 or 2016. And in 2021 they celebrated 20 Years of the Band! From New Albums, New Collaborations, and just everything BSC… This Cherry Head is very enthused for anything and everything Chris, Ben, Steve, and John Fred give us!!

Right now in 2023 it’s all about NEW music from BSC! The new single “Out Of Pocket” has debuted! Actually it debuted the day I’m writing this entry up for the 365 series! Now one thing I wanna get outta the way up front is that there is the normal Explicit Version, and a Radio Edit Version of the song. I am bringing attention to this, because I feel as if BSC did the radio edit the right way. Normally when songs are modified for radio airplay curse words are either BLEEPED out, or BLANKED out. I get it, FCC regulations and all that. But we live in a world where streaming music is king, no matter what music streaming service you use. Personally I use Spotify.

So The reason why I’m going down this path is that BSC were great with how they “fixed” the song for radio. They just put another word in the line, that Chris sings so well, if you never heard the Explicit version, you’d never know the difference! I think that they created a radio edit version and an explicit version which a lot of artists do… So you can get radio play. And that’s amazing and awesome. I do have to say that the radio edit is by far the best radio edit I have ever heard of any song in my entire nearly 43 years of life. They took the f word and changed it to the word only which still works in the song and it’s better than either bleeping out the f word or blanking out the audio so there would be a space… Luckily they did not do that so I’m absolutely fine with the radio edit. I just want the option to be able to listen to the explicit version as well on Spotify and Spotify does not offer the explicit version to my knowledge. <—-(the end of this paragraph was a comment in the CHERRY HEADS! group on Facebook that I wrote, Since then Spotify has the explicit version!)

Explicit Version of the Lyrics:

Radio Edit Version of the Lyrics:

Either version of the song makes sense to what the song is, so as I’ve stated I’m good with it. However I love the fuckin’ version of the song just a bit more! The instrumentals on “Out Of Pocket” are killer, as most BSC instrumentals are. That back beat, and guitar riff is amazing! The drumbeats opening the song are gonna reel you in, and then the smooth silky southern rock style of Chris Robertson’s vocals keep you at attention! The Bass riffs from new member Steve Jewell Jr are another highlight in the song, and I can’t wait to see “Bouncin'” Ben Wells bounce on stage to this song! Out Of Pocket might just Rocket to my #1 played songs of 2023 on Spotify, and 2023 has only just begun!! 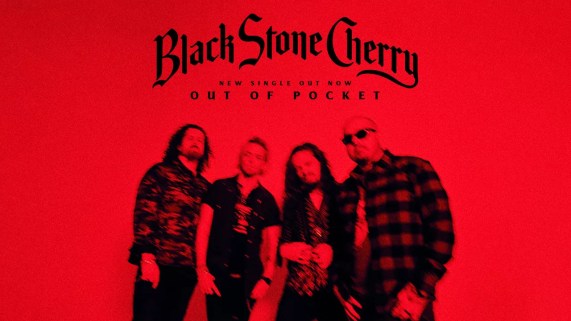 Join me tomorrow morning January 13, 2023 as I’ll be writing about Theory Of A Deadman’s NEW Singles “Disnosaur” and “Ambulance”!

Captain Ruggels Gaming - How much Morphine do you want? | BF2042

Captain Ruggels Gaming - What are you shooting at? | BF2042