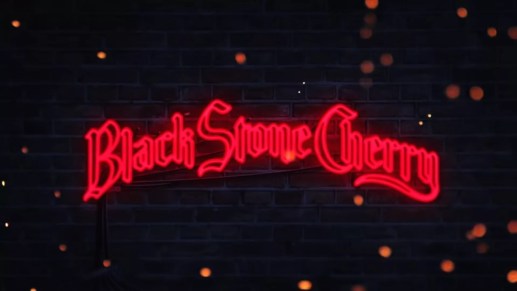 The Above image is screen capped from the lyric video of Black Stone Cherry’s Southern Fried Friday Night, watch it HERE!

BLACK STONE CHERRY – A STORY THROUGH THEIR SONGS!

Hello all and welcome back to TFG1Mike 365! It’s Day 2 of 2023!!! New Year brings new hopes and dreams to all of us I think. In case you haven’t read any of my blogs before, you can find all the blogs over at FROM THE DESK OF TFG1Mike! Normally my goal with this series is to wake up each new day, and find something on the internet, or in real life to write about. However I find myself going back to things I wrote in 2021, and re purposing them now. And at this moment, as you can tell from the title, I present to you a story through Black Stone Cherry song titles!

The Way Of The Future is through White Trash Millionaires who Blame It On The Boom Boom, and Can’t You See that they also just won’t Stay, because All They’re Dreamin’ Of is how they’ll be Feelin’ Fuzzy. Don’tcha know it’s Cheaper to Drink Alone, and take that Long Ride, as Love Runs Out. We sit here and stare at the Big City Lights, which begin to Fade Away. When You watch the Sunrise, will you Remember Me Sometimes?

As you are the Dance Girl who is Built For Comfort inside The Palace of the King, who was Born Under a Bad Sign. These songs are Ringin’ In My Head so much, that they are In My Blood, and I just can’t kick the Bad Habit of listening to their version of the PBR anthem… We should all Be Cowboy, as Love Becomes Law! Even though there is a War goin’ on, I have this New Kinda Feelin’ That Carries Me On Down The Road.

Again there Ain’t Nobody who can Give Me One Reason not to Push Down and Turn, while being In Love With The Pain. Because When Angels Learn To Fly, you Don’t Wanna Bring Me Down, So Catch Me If You Can…. I’ll just Keep On Keepin’ On listening to BLACK STONE CHERRY!

So a few things, I always give the proper credit. Here we go:

Obviously the blues covers are all credited on BSC’s Wikipedia page, find that HERE!

Love Runs Out is a One Republic Cover, and personally I think BSC’s version is better!

Be Cowboy was originally cut by Eddie Montgomery of Montgomery Gentry, and it is written by Wynn Varble and David Frasier, it will play before PBR on CBS broadcasts! There is also versions recorded by Chevel Sheppard from The Voice and of course Black Stone Cherry! Read More HERE!

Love Becomes Law is a collaboration between Black Stone Cherry and Monster Truck! You Can Read More HERE!

Catch Me If You Can is by The Picturebooks Featuring Chris Robertson of Black Stone Cherry. Read More HERE!

Join me tomorrow morning January 3, 2023 as I’ll be writing about something! I haven’t figured that out yet!