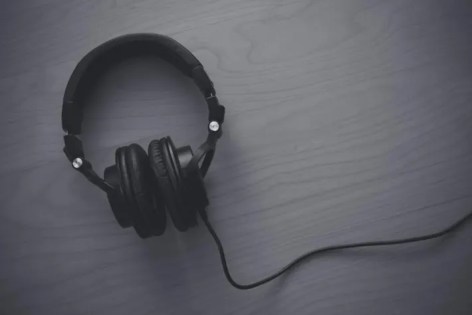 Hello Music Fans it is I, TFG1Mike… And I’m here to give you my favorite albums and songs of 2020. I got inspired to do this, after I listened to Music Talks Podcast’s final two episodes of 2020. Terry Smith has Steven Routledge on both of these episodes to pick their Top 10 each of songs and albums of 2020. You can hear the songs episode HERE and the albums episode HERE!

After listening to these two crackin’ podcast episodes, I decided to do a list of my Top 20 albums and songs of 2020! Not that I want to 1-up these gentlemen, but because even in a year that had us all down, I still found tons of music that I loved, and want to let everyone know about it. Originally these were going to be separate posts, but I found that in the music that was released in 2020, I didn’t have enough for twenty songs AND twenty albums, that I had listened to. So I’m combining the topics.

The rules Terry and Steven went by are as follows:

– No Repeats (Basically if a song from an album makes it to the songs list, that album can’t be on the albums list and vice versa)

– The album had to be released during the year that was 2020!

^^^^^ Thankfully there was no rule about cover albums, you’ll see why that’s important later down the list!

I think I can stick with their rules in order to make my list. However I did cheat a bit with 2 selections from The Cadillac Three, however that band did release TWO very different records in 2020.

Also for my list, I’m going to have a NUMBER ONE song and a NUMBER ONE album. My reasoning behind this is that, what I found out in my music listening at the end of 2019, and throughout all of 2020, was that I listened to SINGLES, as well as ALBUMS!

I have listened to all of these throughout the year. There are a few that were released at the very end of 2020, so I’ve had those on repeat more than some of the others. So here are my Top 20 Albums and Songs of 2020.

(SADLY I had a whole written thing for each of these entries, and it had taken me from December 2020, until about a week ago to write all that. At the end of the day though, I realized that it sucked, so I’m just giving you my list.)

20. The Cadillac Three – Country Fuzz! Between Labels, Hard Out Here For A Country Boy, Heat, and other tracks on this album…. I dig TC3!

19. AC/DC – POWER UP I know a  lot of people are gonna cry foul on “my personal opinion”, but I felt as if there was nothing new here. It’s just classic AC/DC.

18. Nickelback – The Devil Went Down To Georgia (Song) I’m sure everyone has a shocked look on their face reading this…. Whilst I am always a die hard NB fan, I was hoping for more from them between 2019 and now. I get it the pandemic hit, but still…. one should always hope.

^^I’d heard about this movie in May of 2020. It was through a new review page I started following, because a friend from high school writes for them. They are called BITESIZE BREAKDOWN! You can catch their stuff on their Facebook, Twitter, and Instagram pages. Very cool concept!!!

16. Lorne Balfe – Bad Boys For Life (Original Motion Picture Score) Ever since the 2015 animated film Home, and his work on Mission: Impossible – Fallout I’ve been following Mr. Balfe’s work. What Lorne does here is classic for the Bad Boys franchise, and I can’t wait for more.

15. Alexander Bornstein – Transformers War For Cybertron Trilogy: Siege Original Anime Soundtrack I’ve been a life long Transformers fan, and what Mr. Bornstein does with the music is very cool. However my only complaint is that listening to the score by itself, there doesn’t seem to be an opening and closing theme. I mean there are, but it just doesn’t feel as if the songs that are on the score

14. John Paesano – Marvel’s Spider-Man: Miles Morales (Original Video Game Soundtrack) I haven’t played “modern” video games since Playstation 2, I like watching long plays or play throughs, and that’s how I got into this score. The Marvel Spider-Man games are awesome, and the scores are just as great.

12. Ludwig Goransson – The Mandalorian Season 2 Volumes 1 and 2: Chapters 9-16 (Original Score) THIS IS THE WAY….. That’s all I really need to say right? Seriously though, I love what Ludwig has done with The Mando music!

11. The Cadillac Three – Tabasco & Sweet Tea I was not expecting TC3 to release two albums in the same year. At first I was jammin’ to “Country Fuzz”, but then this came out and I love the whole album experience of this release.

09. Stan Bush – Dare To Dream Stan always brings the positivity and emotions to his albums, and this one is no different. Stan is more than just that Transformers music guy, his albums really hit home every time that they are released. With tracks like “The Times Of Your Life”, “Dare To Dream”, and “Born To Fight”, Stan Bush is the 80s artist of the future. He has that 80s sound, but with messages of hope, positivity, and uplifting spirits.

08. Sevendust – Blood & Stone I’ve loved Sevendust since 2001. Whilst I have been sporadic in listening to them over the last few years, their 2020 release “Blood & Stone” really grabbed my attention. It felt like I was transported twenty years in the past to “Animosity”

07. John Du Prez TMNT Score 1990 Film Finally after all these many years we have the full score to this film. I’ve always wanted it, and listening to it all last year was a blast!

04. Chris Cornell – No One Sings Like You Anymore You are sorely missed Mr. Cornell. I was stoked to hear this, and with it being all covers, I really am digging it. Cornell has lent his vocals to some amazing songs here.

02. Theory Of A Deadman – Say Nothing Theory have really developed their style over the years. They are now using more pianos in their tracks, and they aren’t afraid to make statements with their songs. Of course they never have been, but between this and the previous album they are really rockin’

01 Song: Disturbed’s Cover of “If I Ever Lose My Faith In You” Everyone praises “The Sound of Silence” cover that the band did, but for me personally, I love this a whole lot more. It was my top listened to song in 2020. Disturbed always does an amazing job with the songs that they cover! This one is even more haunting than the original.

01 Album: Black Stone Cherry – The Human Condition It took me 5 months to write my review of this album, which you can read HERE. There was no way that this wasn’t going to be my number one choice for Top Album of 2020.

So there ya have it. I’m currently working on my 2021 list, so I can have it ready for January or February 2022!! Would you rather me do something like this, or a full on explanation of each entry? Sound off in the comments. No matter what music you listen to, ENJOY IT!!!!