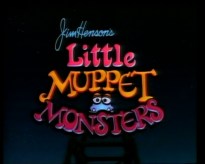 Component or Standalone: This show was a component of, “Jim Henson’s Muppets, Babies, and Monsters” an hour long programming block that also included, “Muppet Babies”. 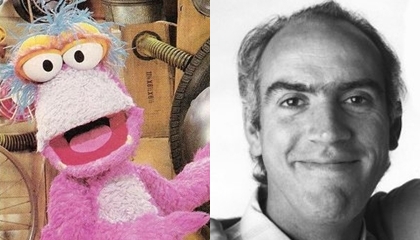 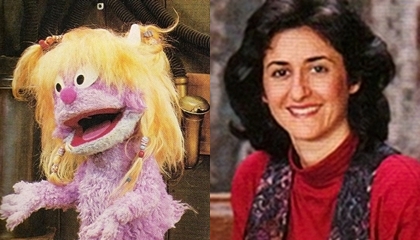 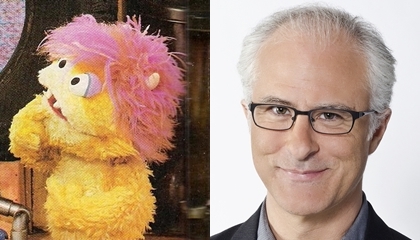 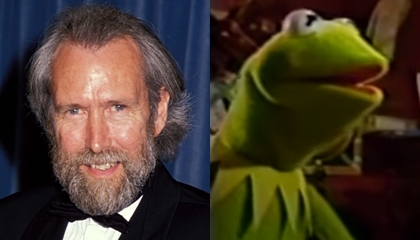 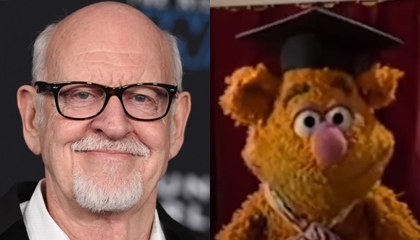 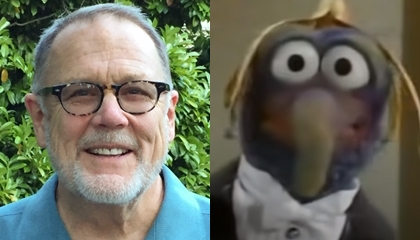 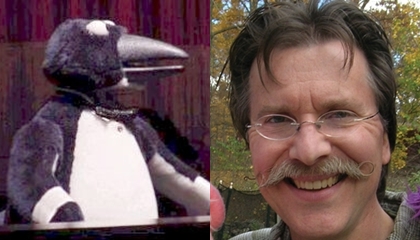 The concept of this half hour program was that there were three (new) Muppet ‘monsters’ who were living in the basement of the Muppet home. There, they discovered that they could put on their own ‘tv shows’ that could be seen upstairs by the rest of the Muppet gang. Their shows would consist of their own creations as well as a host of short segments starring some of the regular Muppet characters. Below is an image of how the basement was conceptualized. 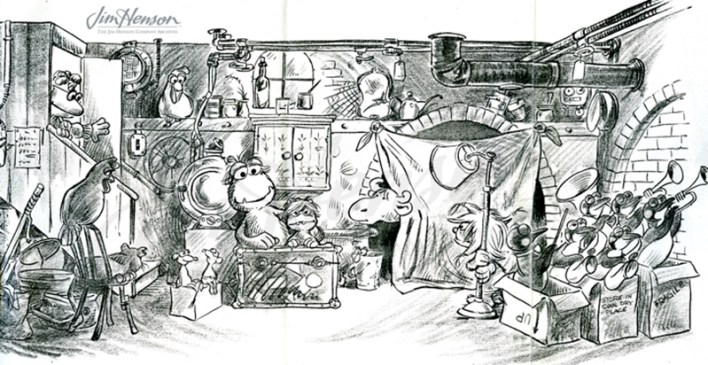 In the first episode, we see the introduction of Nicky Napoleon and his Emperor Penguins who are trying to break into show business. Over the course of the episode they would broker a deal to be the Muppet Monsters musical group. The various segments included in this series were

The stars of these segments can be seen in the following image: 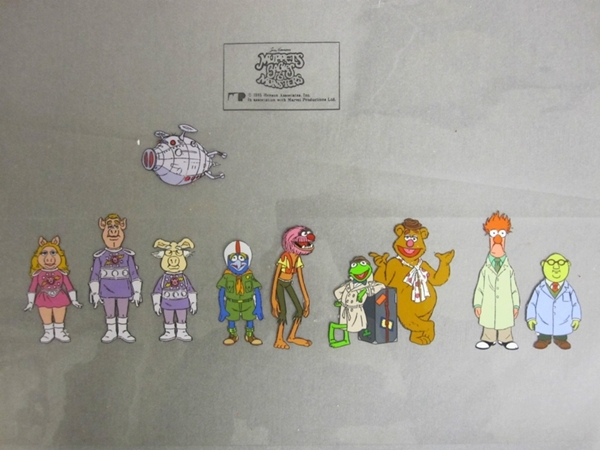 Pigs in Space, followed the adventures of Dr. Julius Strangepork, Link Hogthrob and Miss Piggy as they went on various missions in the vein (as you would expect) of an episode of Star Trek. (Think the relation Space Balls has to Star Wars). For example, instead of a transporter they used a transporker. Their ship was called the Swine Trek. I think you get the point. Each of the aired Little Muppet Monsters episodes included 1 episode of Pigs in Space broken down into 2 parts.

Kermit Frog: Private Eye, sees Kermit doing his best Sherlock Holmes impression, which means that Fozzie, I guess, is his Dr. Watson. This segment had some potential as it clearly came off as the most ‘sophisticated’, or at least the most well thought out segment of the bunch. This helped separate itself from the almost sketch comedy routine that ran throughout the rest of the show. Each of the aired Little Muppet Monsters episodes included 1 episode of Kermit the Frog: Private Eye.

Muppet Sport Shorts, sees Animal learning about various sports in a way in which only Animal could. These segments are somewhat amusing and have a decent runtime and pace throughout. Animal in animation form as an adult though takes some getting used to. There was a Sport Shorts segment in Episode 1 and Episode 3.

Gonzo’s Freaky Facts and Oddball Achievements, Gonzo highlights silly moments captured in black and white film that were currently in the public domain. These segments are very short and generally overwhelmingly forgettable. There was a Gonzo short in both Episode 1 and Episode 2.

Fozzie’s Comedy Corner, Fozzy the Bear performs jokes that are typical Fozzy Jokes mostly centering around variations of the Chicken crossing the road. The chicken was animated and appeared on a cut out of a screen that Fozzie played off of. These segments are painful to sit through even with their short run-time. Each of the aired Little Muppet Monsters episodes included 1 Fozzie’s Comedy Corner Short.

Muppet Labs, sees Bunsen and Beaker using the lab to perform magical feats. Not bad overall for a segment and had the potential, if included more often, to be one of the more successful segments of the show. Had the most in common with what we had become accustomed to with these characters. Only 1 Muppet Labs Short was included in the 3 aired episodes (Episode 2)

Obviously, the Little Muppet Monsters show was created to cash in on the ever successful universe created by Jim Henson and company. Originally the idea was to take the Muppet Babies cartoon and expand it to an hour long program by adding the Muppet Monsters segment and hopefully piggybacking (no pun intended) off of the main shows success. As evident by it’s 3-episode life span, clearly things did not go according to plan. Little Muppet Monsters had big shoes to fill. However, the reason why it didn’t succeed is more complex than that. Those that worked on the show have given us some insight into some of these reasons, even though some of the reasons given may seem to conflict with each other.

One of the main issues cited revolved around the actual production of the show. It required two types of visual mediums, the animated segments, and the live action (Muppet) segments. These were produced by separate companies. The muppet segments took much less time and were done by Henson in the same way that most of his other works had been done previously (The Muppet Show, the films, Sesame Street, etc).

The animated segments, however were handled by Marvel and often took a lot more time to finish. This led to some delays in getting the entire episodes completed. The story goes, that because of these delays, at times CBS was forced to fill the second half of the hour long segment with a re-run of another Muppets Babies episode and that when this occurred they observed that the Muppet Babies rerun was actually outperforming the Little Muppet Monsters segments and decided to scrap the second show altogether.

Other people close to the production claim however, that it was Jim Henson himself who scrapped the project based on the fact that he didn’t feel it lived up to the gold standard they had set for everything else they worked on. Also, because of the number of projects he had going on at the time, he didn’t have the time neccessary to ensure that this show got the required care and attention that it needed in order to be successful.

Now, although both of these suggestions most likely have some truth to them, and ultimately may have been why the show was actually cancelled. There are also many other reasons, evident through the three episodes we DID get to see, why this show may have been doomed for a short lifespan regardless.

First of all, Little Muppet Monsters faced the challenge of getting the audience to connect with three new characters that they had no history with. This varied greatly with what Muppet Babies was doing by taking already established characters and showing us ‘baby’ versions of those characters.

Second, the show faced the challenge of alternating back and forth between the two visual mediums. The show would start with a Muppet version that was done in the style of the Muppet Show and then would alternate to animated segments and continue to alternate in that manner throughout the remainder of the episode. This prevented the show from having any sense of connection from beginning to end. It also, made it hard for audiences to really get to know and connect with the main characters.

Third, instead of the animated segments being done with the ‘baby’ versions that we would be seeing in the Muppet Babies portion of the hour long program, they gave us adult versions of the animated characters. This came across in a very jarring fashion as we had never been exposed to their vision of what the adult characters would look like in animated form. Animal, for example was very tall and skinny with extremely long arms and legs.

Finally, if we are going to be constantly breaking away from our main characters and the connected storyline they were following throughout, then we really had to rely on the strength of those individual segments. Unfortunately many of those segments came across at a sub-par level compared to what we were used to from the Henson company.  Although some of the segments may have had potential over time, as a whole package, the show just didn’t hold up.

Whether it was a Henson decision or a network decision, cancelling Little Muppet Monsters after the first 3 episodes, was in fact, the right decision.

Be sure to stay tooned for Chapter 2: Sectaurs, coming soon!

TUG to the Cartoons of the 80's Episode Guide: Little Muppet Monsters