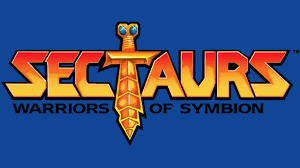 Component or Standalone: Standalone. Technically released as a 5-part miniseries

What Came First?:
* Toys were manufactured in 1984 but not released until the Spring of 1985
* Comic Books were published between June of 1985 and September of 1986. Three of them were published prior to the airing of the mini-series
* Cartoon aired between September and October of 1985 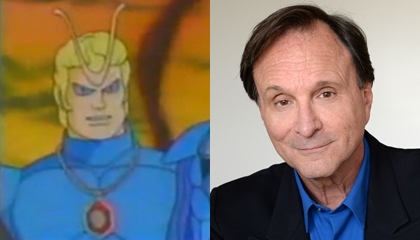 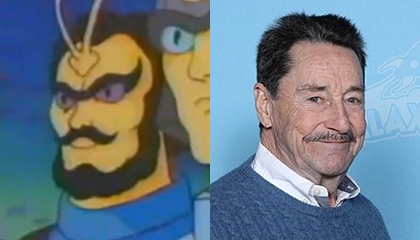 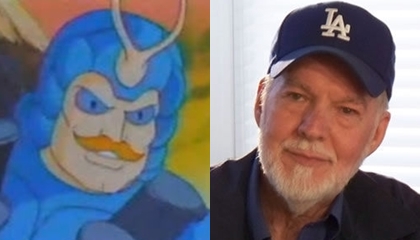 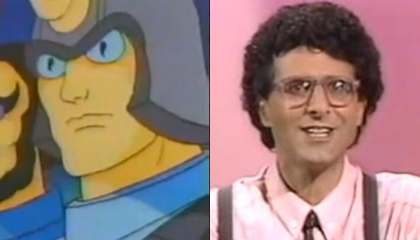 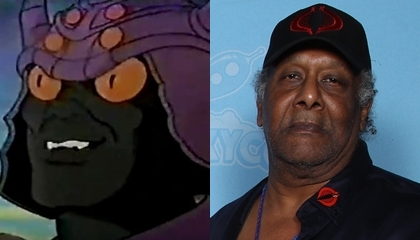 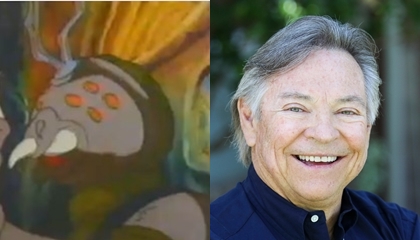 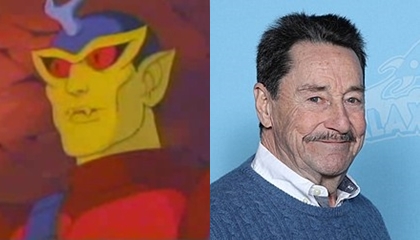 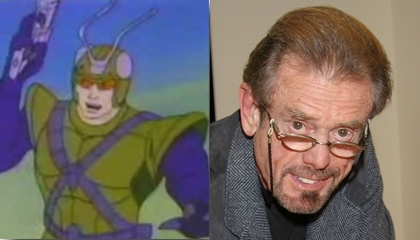 The mini-series, Sectaurs, tells the story of two warring factions that reside on the planet of Symbion. We have the Knights of the Shining Realm who are ‘led’ by Prince Dargon and the Terror Troops of the Dark Domain who are led by General Spidrax (not Spridax as Hal Erickson referred to him as in his Encycolpedia of Television Cartoon Shows).

The main plot point in this series revolves around the quest for both the location and the control of the, Hyve of the Ancients, which holds the key to controlling the planet. As you would expect, our bad guys are the group trying to seize control of the planet while the good guys will be in hot pursuit to try to prevent this from happening.

Where this series tries to differentiate itself from all of the other action cartoons of the time is that the Sectaurs have companions, called Insectoids, which are ‘tele-bonded’ to each individual character. Prince Dargon, for example, is paired up with Dragonflyer. The Insectoids do not speak but each of them have different traits that can aid our warriors throughout the campaign.

The five episode mini-series chronicles the journey, by both groups, to the Hyve of the Ancients.

Heavy Handed. These are the two words that come to mind over and over again when thinking about how to describe this show. It is heavy handed in every sense of the word and in every way possible. It does not even waste a single minute of programming in order to get to that place either. Take the opening of the very first episode for example.

“In the far reaches of the Universe, is the star planet, Symbion, a perfect world until their biological experiments exploded creating an exotic realm beyond all belief.  As mutant life forms ravaged their global paradise a new and incredible species emerged, THE SECTAURS! With Prince Dargon leading his warriors of the Shining Realm against the evil General Spidrax. He would destroy all to rule all. His Terror Troops of the Dark Domain know no mercy. The Brave, the bold and the fearless stand with Dargon. The brutal and cruel attack with Spidrax. These are the Sectaurs, the warriors of Symbion.”

Notice that it can’t be a normal planet, it has to be a PERFECT planet. Even more though, instead of letting the viewer determine who is ‘good’ or ‘bad’ based on what they see on screen, they have to hammer it home over and over again. Just in that opening they use the words evil, terror, dark, brutal and cruel to describe one side of this war.

The other aspect of this show that becomes painfully obvious within the first episode is that they had about 4 plot points at most and decided to simply lather, rinse and repeat for the 120+ minutes that we got of programming. The forumla is very simple and straight forward. We will start with one group pursuing another, then we will have a battle, then either one side will retreat or the other side will get captured by an environmental force or a new foe, then they will pursue again but this time they will have to go through some ominous structure or path, this will lead to another battle and the whole cycle repeats itself.

I noticed this pattern so early on that I decided to keep track . Over the course of the five episodes we had:

THIRTEEN battle sequences!
NINE times where at least 1 character is captured!
We had to go through or visit TWELVE geographic locations that included:
(The Hyve of the Ancients, The Lake of Blood, Sea of Acid Rain, Slave City, The Valley of the Stones, The Forrest of the Mists, Swamp of Quicksand, Acid Desert, Mount Sectaur, Ruins of Cornap, Citadel of Shadows, Forbidden Zone)
and we were confronted with FIFTEEN obstacles that consisted of a villainous character, creature, or enivornmental force that included:
(The Web Widow, A Giant Wasp, Captain Borja, Tentacle Monster, Ranco, Serpentoid, Viper Vines, Avalanche, Lord Krolla and the Laser Bugs, Multiple Pits, Giant Tyrana Beetle, An Earthquake, Arborlites, Shockwaves, Wall of Thorns)

In other words, the writing for this series is some of the poorest I have come across in over 4 decades of cartoon viewing. To make it worse though, the series is very jarring from an audio standpoint as well. There is a constant source of background noice coming from the Insectoids throughout the series that makes listening to the episodes almost unbearable. Picture watching a series or a movie where the volume of the sounds and noises are tripled that of the volume of the voices speaking througout and you would get a sense of what you experience in this series.

Also scattered throughout the episodes are these gutteral war cries that the Sectaurs let out when heading into battle. I can only imagine how ridiculous the voice cast felt when asked to do this througout their recordings. The only other element of their recordings that may have made them laugh more would have had to have been the number of times they got to refer to each other as ‘maggots’.  Speaking of the voice cast, this is probably the one bright spot for this series from an audio standpoint. We get to listen to the likes of Peter Cullen (using his Optimus Prime voice), Dan Gilvezan, Frank Welker, Arthur Burghardt and Neil Ross, all legendary voice actors that would voice some of the most iconic characters we would meet throughout the decade.

Although this series may have had a few nuggets of potential here and there and even teased us with the final episode of the mini-series concluding with the words, “To Be Continued”, it is no surprise that such a continuation would never come to be.

Coleco originally released a line in 1985 that consisted of 5 regular figures, 4 deluxe figures and a playset. The entire set is pictured below as well as an example of the packaging a figure would come in. A second wave was planned but later cancelled. 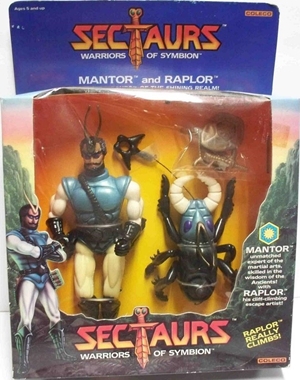 Zica released a line in of 6 figures in 2020 after a Kickstarter Campaign. 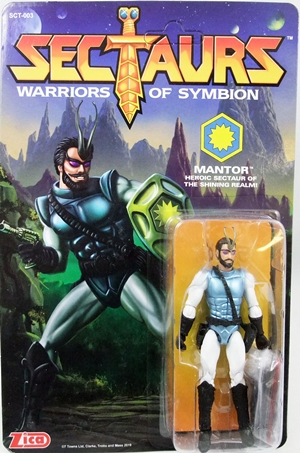 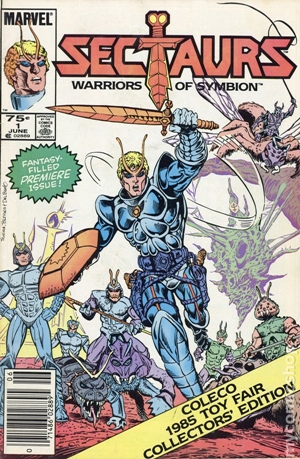 Be sure to stay tooned for Chapter 3: Chuck Norris: Karate Kommandos, coming soon!

TUG to the Cartoons of the 80's Episode Guide: Sectaurs