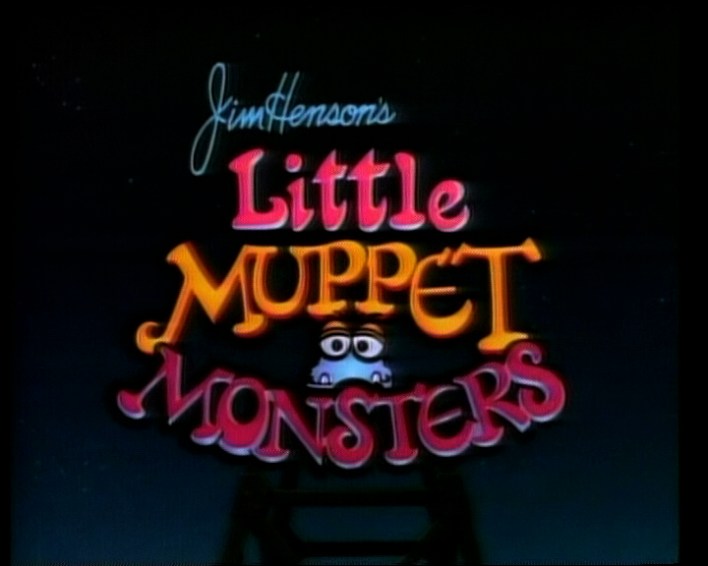 Synopsis:
The episode begins with the penguins breaking into the basement window using every pun known to man. We then see some rats noticing the break-in and freaking out as Scooter yells at our main cast to get into the basement and clean up the mess. The monsters begin to try to build something with the junk and thanks to the magic of imagination create their very own TV. The monsters then get the idea that they can create their very own TV show and be on TV themselves!  They call it the “Little Muppet Monster Show”.

The Monsters decide that they need a theme song which brings in Nicky Napoleon and the Emperor Penguins who had been hiding out in the back. Tug immediately hires them and Boo tells them he needs them to do a song for his new segment, Pigs in Space!

Tug also expresses his own interest in doing a food segment for the show. Next time we see the monsters we see voice tubes that go from the basement to the upstairs. The monsters talk to Tug who says he is in Kermit’s study and has convinced him to write a story for the show. Tug comes back in from upstairs just in time for a musical number in which they basically explain the premise of the show moving forward.

Pigs in Space: The Animated Series
The crew find themselves in need of gas for the Swine Trek and go down to a planet in search of it. After the cliffhanger, they obtain the gas needed to fly their ship away.

Kermit the Frog: Private Eye (Muppet form who introduces animated segment)
Kermit takes on the roll of Sherlock Holmes alongside Fozzy as Dr. Watson. The case of the missing piggy bank.

Synopsis:
Opens with a title card “Space Cowboys” and Tug introducing a make believe space story starring the 3 muppet monsters.  They have a disagreement as Boo and Molly are dressed as Cowboys instead. After a short we go back to the 3 monsters but this time Molly and Boo are in their Space outfits and Tug is in the Cowboy gear.

After one short we return to Tug back in his space outfit as he does a Captain’s Log before immediately breaking to the next short.

Back to Tug calling for the “Monsters of the Universe”.  The editing is very hurky jerky in this segment as he has the picture inverted and flipping back and forth as well as multiple cuts to black and white cows from old footage and even muppet cows. “Let’s Boldly go where no monster has gone before.” They finally decide to be Space Cowboys since they keep ending up in the wrong uniforms for the segment.

When we see them next Boo has been srrounded by the guest ‘aliens’. Then we see Tug singing a cowboy song. “Space Cowboy Tune”  Then they ask Kermit if he has been watching. Kermit then quickly finishes his next detective story. Lastly, we flash up stairs to some of the Muppets watching the Little Muppet Monsters who have become inverted yet again.

Pigs in Space: The Animated Series
The pigs are invaded by the Frog people who turn the Pigs into frogs themselves. Croker and Toady blast the pigs (frogs) into space, based on the leader’s directions. They end up on the outside of the Froggone ship and the frog ray effects wear off turning them back into pigs. They they discover that the frog ship is self destructing. They insert Captain Hogthrob’s mind into the ship (knowing he won’t be able to count down properly due to his lack of intelligence) so it can’t count and blow up.  They then convince the frogs to swap ships back with them.

Gonzo’s Freaky Facts and Oddball Achievements
Public Domain, black and white film of someone hanging from an airplane until he falls into a body of water

Kermit the Frog: Private Eye (Muppet form who introduces animated segment)
They are looking for an escaped gorilla by posing in Banana Suits before searching the streets for it. They get Piggy to pose on the top of the ’empire state building’. Kermit and Fozzy leave her captured and we go back to Kermit as he continues writing.

Synopsis:
The monsters are going through a chest of costumes. They introduce their ‘explorer show’ with Indiana Tug. Instead of Boo finding an explorer costume has finds a magician costume and becomes, The Great Boodini. He also finds a spell book which begins talking to Boo about magic tricks. Tug interrupts him saying he has to finish his Pigs in Space segment drawings.

Tug tells Boo they might be able to find room for them in the explorer show but Boo introduces the Magic Show instead. Boo turns Tug into a sandwich and Molly into a chicken. Boo is sturggling with how to change them back. Eventually the Great Boodini says he has solved the problem, but instead just switches the chicken and sandwich to each other. Boo finally asks for help from the trick book and gets everyone back to normal.

Pigs in Space: The Animated Series
Exploring space for ‘pig kind’ the crew gets caught in a meteor shower. They then encounter Milo Sockdrawer a spoof of Darth Vader (full with a Frank Welker Claw voice). Milo’s ship shoot eggs at the pigs (because eggs go with bacon). The pigs raise up a ‘heat shield’ (a frying pan) which catches the eggs and cooks them. They are then shot back at Milo’s ship who has since taken his mask off to reveal a purple muppet monster underneath. Blinded, Milo flies off into the distance.

(Animal’s) Muppet Sport Shorts (Animated segment)
Animal is told by a narrator how to play baseball but takes everything literally and uses actual plates, batter, pitchers and bats instead of the sports equipment that shares those names.

Kermit the Frog: Private Eye (Muppet form who introduces animated segment)
A Case of the Giggles: Case takes them to Miss Piggys house in pursuit of the giggler. We have such great lines as, “This place is a ‘pig stye'” and “You caught me ‘bear handed'”. Kermit discovers that Fozzy was the giggler and turns him over to the Police who simply let him go after 2 minutes of jokes.

The Ultimate Guide to the Cartoons of the 1980s – Chapter 1: Little Muppet Monsters