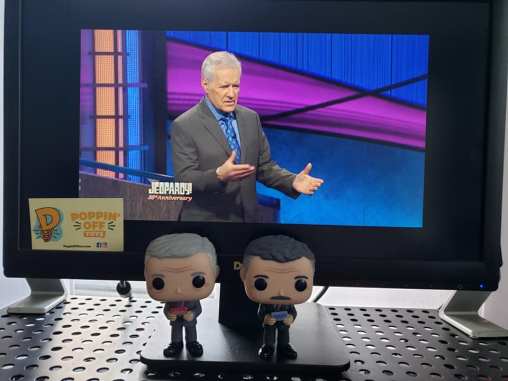 And The Answer Is – Who Was Alex Trebek?

Hello all and welcome back to TFG1Mike 365! Today we lost a great man. Alex Trebek, the host of Jeopardy! has died. As a child of the eighties, being born in 1980, I remember first noticing Wheel Of Fortune and Jeopardy when I was about five or six years old in 1985-1986. I know by 2nd and 3rd grade, Jeopardy! was all the rage for our teachers, parents, grandparents, etcetera etcetera… It was a quiz show, nary I say THE Quiz Show, that helped me shape my young life, and it helped me learn facts as I went along in school. For me living in Massachusetts Wheel and Jeopardy! aired after the evening news cycles at 7 and 7:30 pm Eastern respectively. I would always watch with my Mom, or if we were at my grandparents’ house, we’d watch with them. I remember my Nana Malone always commenting on how much she liked Alex’s style.

I also remember the time when Alex was a double duty game show host. During the daytime we had Classic Concentration, and I loved seeing Alex on this show as well. Jeopardy! and Concentration are two very different shows (obviously), but I loved seeing both sides of the Trebek coin. On Jeopardy! he was so serious during the show, as he should be, but on Classic Concentration he let a bit more of his humor through. From 1993 through maybe 2003 I barely watched Jeopardy!, however when I needed it, I always knew I could go back to it. I think I started watching again during Ken Jennings’s run in 2004, but then dropped off until Karen and I met, and started watching it full time in 2017. Karen like me was and is a died hard Jeopardy! watcher, although unlike me, she has never not watched the show. It’s become a tradition for us to watch it together.

On March 6, 2019 Alex Trebek announced to the world that he had stage IV pancreatic cancer. The entire world shed a tear that day, yet Alex was his always positive attitude self, he was upfront, honest, and giving us the news himself. My first thought was well, when and if he goes, I most likely won’t watch Jeopardy! anymore at all. There’s no one in this world who can bring the joy that Alex Trebek did to that show.

When his book was released back in July of this year… I had to grab the audiobook, so I could hear Alex tell me his story. You can get “THE ANSWER IS… Reflections on My Life” from Audible HERE, it’s a great listen!!! It was something I always wanted to hear, because just seeing Alex Trebek on Jeopardy!, Concentration, or any of the many ad campaigns he’s done over the years, it just wasn’t enough. Listening to this, through Alex’s voice, and also Ken Jennings’s voice, as he helps out on the narration, it’s an interesting look into Mr. Trebek’s private life. The things you don’t get to know while watching Jeopardy!.

I’m writing all of this on the day of Mr. Trebek’s death, because I feel such a raw emotion for a man I never got to meet. I truly believe that we all met Alex Trebek, and we have been meeting him every time Jeopardy! has aired on television for almost the last 40 years. Currently our DVR has 24 recordings of Jeopardy! episodes on it, that Karen and I haven’t watched yet, and we know there will be more to come posthumously with Alex. The world has lost a great man to a horrible disease. Seriously FUCK CANCER! I had hoped that he would beat it, sadly that was not the case. My sincerest condolences to his family, Alex Trebek was truly One Man Who Made A Difference in all of our lives.

The Final episode that Alex Trebek taped for Jeopardy! will air Christmas Day 2020. There are just no more words I can craft here to express my sadness of losing a great man. I’ll be writing more stuff in the TFG1Mike 365 series, stay tuned, and thanks for reading these things everyone. 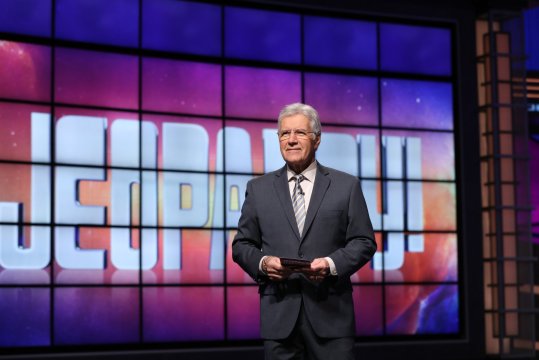