It was another successful Origins this year. The people, the publishers, designers, podcasters, and players are what this hobby is all about, and Origins Game Fair is where they can all shine. This year many people made it to Origins for the first time, and that’s great. The numbers were defenitly up this year, yet the convention still keep its intimate atmosphere. It’s a place where you can talk with designers, publishers, and your favorite podcasters. Which is probably why I am drawn to Origins over larger conventions like Gen Con.  It will always be one of my favorite yearly events.

We weren’t planning on staying long on Sunday, as we faced a long car ride back and work on Monday. We planned to hit a few spots we had thus far missed. Even before the Vendor Hall opened, we made our way to Hall D to demo Nations: The Dice Game. We played a three player demo game and enjoyed it. I wish the art was a bit more vibrant; it isn’t up to par with other current games with a similar theme. I also wish some of the components were slightly better quality for a 50 dollar game. The demo copy tiles were very worn, and our copy is showing wear even after two plays. The etched dice are fantastic. The graphics are easy to see, and they seem to be able to hold up to repeated use.

Gameplay was fun and light. There are a lot of meaningful decisions to make on your turn, and you get a bit of the feel of building up your nation. But the theme, like the game, is pretty light. The game does work better with more players. Three players was fun, but two players is just okay.

Last year at Origins we picked up Star Realms from White Wizard Games. Star Realms has quickly become a hit for its great game play and price point. This year White Wizard Games is Kickstarting Epic. This fantasy card game follows in the footsteps of Star Realms. For a $15 price point, you get an amazing amount of play. Each deck comes with 128 cards- 120 creatures and spells, and eight double-sided tokens. Up to four players can play the game. To accommodate more players, all you need to do is add another deck. The great thing about Epic is that it has a Collectable Card Game feel with no collectable aspect; all non-promo cards come in the box. Someone who likes to deck build can use one box of Epic to play draft, sealed, or constructed.

We played the demo of Epic at White Wizards booth. Players start with 30 cards and 30 life points. Cards either cost one gold or have a zero cost. On you turn you can play one gold cost card and any number of 0 cost cards. The goal of the game is to attack you opponent and take them to 0 life.

Epic is a great game. I feel like to I would need to spend some time with the rules to understand it more, and get he timing down. There is s a lot of strategy in the game and not being a player of a lot of CCG’s the timing was difficult for me to understand. A fan of CCG’s will love how Epic gets right to the most exciting part of the game. You get right to putting out creatures and using spells, instead of having to build up to the big creatures slowly. The artwork is beautiful, and the iconography is clear and easy to read. I prefer a fantasy theme to a space theme. A CCG feels without spending the CCG cost, a great theme and artwork, and exciting game-play is all part of the recipe for a hit game. If you interested in pledging check out the Kickstarter here.  After our Epic demo we made one last tour of the Vendor Hall and headed to lunch and our ride home.

In these overviews I never talked about the restaurants we ate at, for those interested I share some of my favorite places here. The most popular spot for Origins attendees is probably The North Market. It is a great place for lunch or an early dinner, and a definite stop if you attend Origins. A quick walk from the convention center will give you a variety of options for your dining pleasure. There are a lot of dining areas from Best of the Wurst, to Holy Smoke BBQ, to Indian, and my favoirte sandwich place Katzinger’s Little Delicatessen. Treats here include there ever popular and unique Jenny’s Splendid Ice Cream and Destination Donuts.

If you are willing to walk a little bit go to Short North, and head to the back alley to find my favorite dining location is Tasi Cafe. The food here is amazing and the offer both breakfast and lunch. We tried both and were not disappointed. They use fresh, natural ingredients and amazing bakery bread. The prices are also very reasonable. It’s worth the walk, and sometimes the wait. Plus, while you are there you can check out all the great shops and galleries in the Short North Arts District.

I encourage you to take a break from the convention once in awhile. Columbus is a beautiful city, and there is so much there to explore. 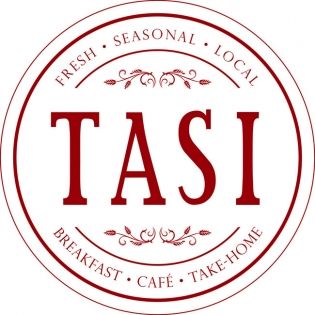 Origins had been a blast, we had seen a lot of old friends, meet some new ones, and talked the ears off of designers and publishers. We played a lot of demos and yet there is always so much more to do and see. Origins may be a small convention, but there is never a time when I feel I have “seen it all.” Origins may have had a few slow years, but it seems to be growing steadily again. The convention center is great and the city very accommodating. Many businesses had “Welcome Origins Attendees” signs on their doors. After a few years of attending Columbus has become more familiar and easier to get around. Thanks again for the memories everyone and I can’t wait to see you next year.

Picture Credits:  W. Eric Martin (W. Eric Martin), Garrett Kaida (Kermit2005), Tazi Cafe, and all others were taken by my wonderful husband – thanks for sharing your great pictures